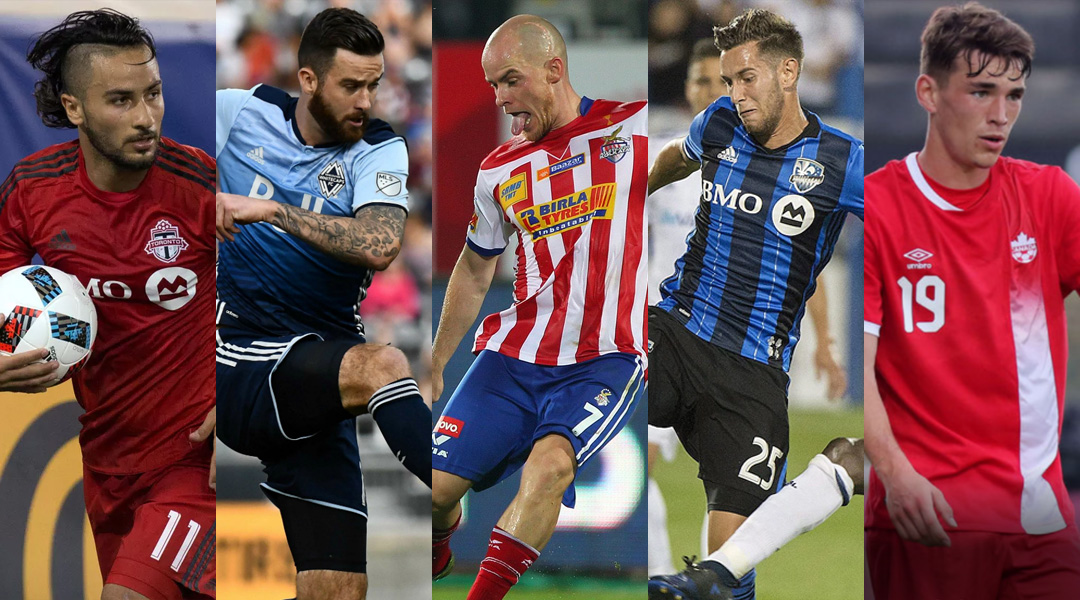 The Canadian Premier League has seen a flurry of signings ahead of the inaugural season, with many Canadians returning from abroad. With the first ever match now less than three weeks away, there’s still a few players who we’ve identified as likely targets for the burgeoning league in the near future.

Babouli, 25, should be at the top of every CPL’s team’s prospects list right now. After being dropped by Toronto FC in 2017, he had a prolific start at Sigma FC before making the jump to Syria to play for Al-Ittihad in Aleppo. This year he returned to Ontario to play arena soccer for the Mississauga MetroStars, where he produced an astounding 21 goals and 15 assists in just 22 appearances.

With his contract with the Mississauga MetroStars now due to expire, the 26 year old Canadian striker will soon become a free agent. While he couldn’t break into a treble-winning MLS side’s roster, Babouli clearly has plenty of potential – and every Canadian Premier League team likely knows as such.

If we look at the historical trend of Sigma FC-to-CPL signings, it’s logical that Forge FC would be frontrunners to snap up the former Toronto FC product. Don’t be surprised if Babouli announces a move before the league kicks its first football.

Veteran Canadian defender David Edgar was already linked with a move to the Canadian Premier League, but he opted to go to Vanarama National League side Hartlepool United instead. It wasn’t a snub at the CPL, though: the injury-plagued Edgar said he needed immediate playing time to be considered by Herdman for the Canadian National Team. The gamble paid off, with Edgar being called up to the Canadian roster ahead of the French Guyana match.

With not much longer on his short-term contract with Hartlepool United, it’s likely that Edgar will hop back across the pond to a CPL team. In fact, the 31-year-old Kitchener man has provided plenty of positive parlance regarding the burgeoning league, stating that he’d been keeping a keen eye on it and that it was doing fantastic things. Sounds like something a player would say before joining, right?

At 35, Hume would leapfrog Issey Nakajima-Farran to become the oldest Canadian player on the CPL roster. The veteran journeyman spent plenty of years in England with the likes of Leicester City and Preston North End, and has mostly played in the Indian Super League for various clubs since. He’s won a league title there, along with several pieces of personal silverware. Suffice to say, Hume has had a good career overseas.

Having grown up in Canada, the Scotland-born player turned down an invitation with the Scotland U16s to stick with Canada some 20 years ago. He said that was where his heart was, and he’d go on to represent Canada no less than 43 times. Now, he’s got a chance to give something back beyond his contributions to the national team.

Hume would be a natural leader in the dressing room, offering years of invaluable experience to Canadian youngsters. In a since-deleted tweet, Hume – who’s still got some months left on his contract with Pune City – said that while no Canadian Premier League club had approached him, people should ‘never say never’. It’s a good indicator that Hume would love a domestic swong song before retirement, and we have to admit it’d be great to see him play a professional game in Canada before he hangs up his boots.

Béland-Goyette went on trial with Valour FC a few weeks ago, hitting the back of the net during preseason camp. The 23 year old Quebecois player has been looking for a new club ever since he was dropped by the Montreal Impact last year. He had made 12 appearances for the Impact side since 2014, though he was much more of a regular for the club’s USL affiliate where he notched 41 appearances in 2 years.

Prior to the CPL, getting dropped by MLS sides was an even more precarious experience for Canadians struggling to make a professional career in the game. Béland-Goyette has plenty of potential, but with Valour FC opting not to quickly snap him up, only time will tell if Louis will fit into any CPL team’s roster.

The youngest player on the list is perhaps its greatest prospect: at just 19 years of age, Emile has trained with the U19s for AJ Auxerre, before reportedly coming close to a transfer to Celtic in the last few weeks of the Brendan Rodgers era. However, the Scottish Premiership side ran into troubles obtaining a work permit for the youngster, leaving him a free agent once more.

Legault trained with the Montreal Impact for the squad’s preseason training camp this year, after having also trialed with the club back in July 2018. With nothing materializing out of his second trial so far, it’s possible that a Canadian Premier League squad could offer the youngster some playtime before Legault likely jumps overseas once more.

Honourable Mention: Tosaint Ricketts, who’s still under contract with reigning Lithunian champions FK Sūduva. He’d have a well-received homing in Edmonton if he went there afterwards, but he still commands a large salary when compared to the current stature of the CPL.