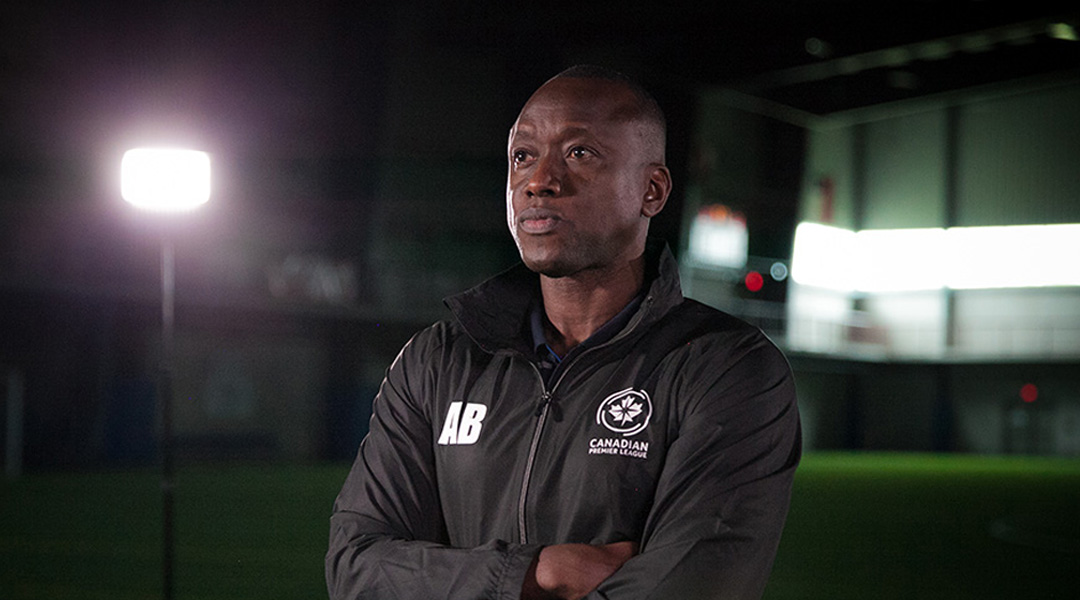 Alex Bunbury is a man on a mission: he wants to bring the Canadian Premier League to Montreal and give back to the community that helped shape him into the man he has become.

It’s a community to which he’s well-endeared, and one where the Minnesota-based former pro still has family.

Now 51, Bunbury can reflect on a career with many highs: he made 65 appearances for Canada, had prolific years in Portugal with CS Maritimo, and lifted the MLS cup with Kansas City. Before all this, however, he shaped his soccer roots in the borough of Saint-Leonard, where the local soccer association honoured him this past Friday with the creation of the Alex Bunbury Cup. It’ll be an annual trophy given to a player who distinguishes themselves by performance, leadership, and sportsmanship on and off the field.

It’s off the field where Bunbury’s latest challenge awaits: bringing a Canadian Premier League franchise to the Laval area, close to the Saint-Leonard neighbourhood where his formative years shaped him into becoming a Canadian icon.

The local La Fontaine Academy where Bunbury learned how to play calls the Stade de soccer Desjardins its home, and it’s a multi-use facility with 52,000 square feet of synthetic grass surface. The indoor facility doesn’t leave a lot of room for spectators, so it’s no surprise that Bunbury said he wouldn’t mind having a stadium that’s a little bigger than what La Fontaine Academy uses, and also one that’s specifically designed for soccer.

While he didn’t go into more specifics, the timeline that Bunbury presents for his expansion bid makes it clear that he has, at minimum, a temporary stadium solution in mind (Stade Hébert, anyone?). He wants to see his Montreal vision lead to a CPL expansion side ready to play in 2020, and also indicated that some big Laval-related announcements would be coming this April.

His own social media indicates that he’s been meeting with city officials, which means his stadium solution is edging closer to becoming reality. Once a feasible stadium plan is agreed upon, it’s up to Bunbury to assemble an ownership group with enough capital to secure the stadium, acquire the permits, and build a squad from the ground up.

Thankfully, the iconic Canadian forward is no stranger to club ownership. He’d just recently purchased a club in Portugal before getting a life-changing phone call from John Gibson, the CPL Director of Interprovincial Affairs. It was a call to ask if he could assist with organizing the CPL Got Game open trials, which led to some of the burgeoning league’s first signings. It’s an experience that left a lasting impact – Bunbury was hooked.

As it stands, Bunbury’s ownership group is still fairly anonymous. If the next 30 days are full of the announcements Bunbury is hoping for, however, we might be able to put a name to a figure or two later on this month. It’s ambitious, but Bunbury has a lot of faith in Quebec as a sustainable football market. As he puts it, “You can not have a Canadian league without having at least one team in Quebec, if not two or three.”

For now, we’ll aim for one and see where that goes.