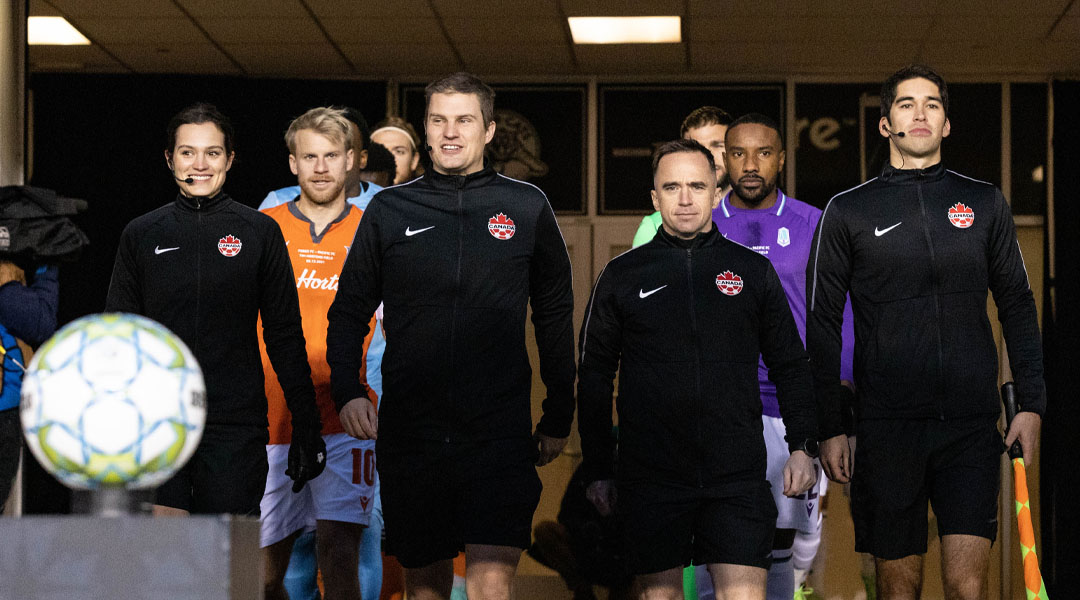 The Canadian Premier League has confirmed that its fourth season will come with a balanced schedule, with its opening weekend set to kick things off on April 7, 2022.

The single-table regular season structure for the league will remain in place, with each club playing one another four times, twice home and twice away, for a total of fourteen home matches in each market.

The aggregate winners will then advance to a single-leg 2022 CPL Final set for October 29, with the highest seed earning hosting rights.

While the full schedule won’t be released until Thursday, February 3 at 2:00PM EST, the league has revealed the four fixtures from the opening weekend of the 2022 CPL season.

Here’s what’s in store for when things get going in the second weekend of April:

The Nine Stripes carried over much of its existing roster after qualifying for playoffs last season, though they’ll kick things off with a new head coach and several new sharp-looking internationals. The Halifax Wanderers kept a significant number of its core, too, and they’ll have a bone to pick with York after the club stole the fourth and final playoff spot from them last season.

A word to York United fans: get ready for Friday nights under the lights when the full season schedule gets released – there’ll be a lot of them!

Atletico Ottawa’s second-ever home opener (despite existing for three seasons) will see the club square up against a tough Cavalry FC side that knows how to secure results on the road.

Still, the Ottawa-based club has a pretty good track record against the visitors, winning three of their four matchups so far: the initial victory was the club’s first-ever win at The Island Games, with the 2021 CPL season seeing each club collect a win apiece at the Winnipeg bubble before an imbalanced schedule saw Atletico Ottawa edge Cavalry with a 3-1 win at home.

Cavalry finished second in league standings via goal difference last season, and they’ve never lost a season opener. All-told, Saturday’s only CPL match certainly has all the ingredients to be an interesting one!

FC Edmonton will kick off an expectedly tough season at home, with the league-run team expected to undergo a near-complete roster overhaul that will feature loans from both MLS and CPL teams – and a few second-chance athletes, too. All-told Alan Koch will have it all to do to turn the underdog roster into a competitive side.

Valour will be set to undergo its first full season under the guidance of Phillip Dos Santos, with the Winnipeg-based team retaining a lot of its core roster but adding a few interesting sprinkles, too. With Daryl Fordyce set for one last dance this season, the Valour Army will be hoping to see the side reach playoffs for the first time ever.

The rematch of the 2021 CPL Final is sure to be a fiery way to cap off the opening weekend of action, especially given that Alessandro Hojabrpour and Terran Campbell switched sides not long after the history-making match.

Forge hasn’t played away to Pacific FC since June 13, 2019, where it took the match 3-2 in the inaugural season. Things have sure changed in the time since – in fact, the stadium even has a new name – so it’ll sure to be a feisty occasion between two teams who have a lot left to say to eachother after last year.

Pacific’s home opener will be a big measuring stick to see how the club has restructured after losing out on several key players, and new head coach James Merriman will be keen to keep his 100% win rate going, too. This would be quite the way to do it!

With the full 2022 Canadian Premier League schedule set to be released tomorrow afternoon, fans won’t have much longer to wait until they see the full balanced schedule for a season start to run from April to October.