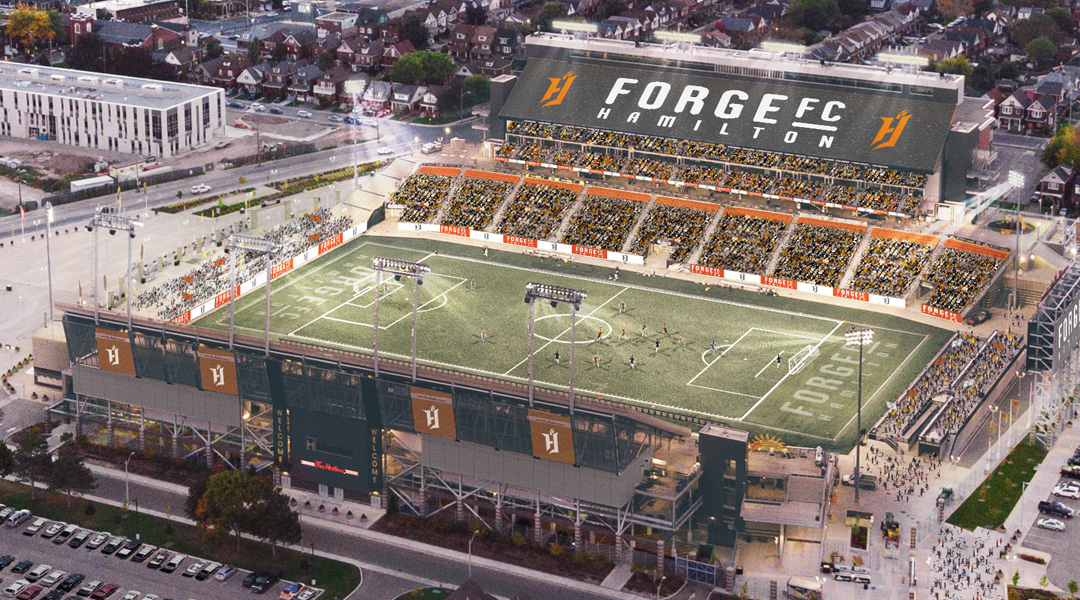 With only 4 more sleeps until the Canadian Premier League will kick off at Tim Hortons Field, it’s safe to say league commissioner David Clanachan probably has a lot on his plate. The Windsor-born executive took some time from his busy schedule to speak with Montreal 690 yesterday, revealing a great piece of news regarding the league’s inaugural game: attendance is expected to be over 25,000.

While that’s obviously not going to be a regular occurrence, that indicates that there should be an absolutely bumping atmosphere in Hamilton as Forge FC take on crosstown rivals York9 FC. The first-ever 905 Derby will see both sides with plenty of support, with York9 having used its entire allotment of some 1,600 away tickets.

For the match on Saturday, we’re expecting to break the ticket record for Tim Horton’s Field. We’re expecting over 25,000 people there.

Forge FC co-founder Bob Young has been a key part of driving these figures, announcing earlier this year that Forge FC would be nixing all ticket costs associated with the game. This allowed locals to pick up free tickets for the historic day, ensuring that interested fans would have no barrier of entry when it comes to witnessing Canadian soccer history unfold.

Tim Hortons Field will typically be set up to host around 10,016 fans for each Forge FC home game, with the inaugural match having the upper bowls opened to meet fan demand on the historic day. The league had previously stated the ground had 23,218 seats ready for the game, so with over 25,000 fans expected to attend, it’s going to be a wild one.

For those who can’t attend Tim Hortons Field on the big day, CBC Sports will be broadcasting the event live at 1PM EST. MEDIAPRO will also be streaming the game globally, at no cost, via its new streaming service called OneSoccer.

Of course, the potentially record-breaking attendance figure depends on fans actually getting to the game and occupying those seats. The current weather forecast for Hamilton shows that it’ll likely be a cloudy day, but thankfully there’s no rain expected to put a damper on the proceedings – and that should help with the game’s actual attendance. The $5 pre-game beer price at the stadium probably won’t hurt, either.

While the tickets are free, fans in attendance will be asked to make a small donation to the Hamilton soccer scene, with proceeds going towards youth soccer in the region. Forge FC hopes to raise around $50,000 in community funding, ensuring that the CPL side is doing all it can to give back to the community starting from day one.