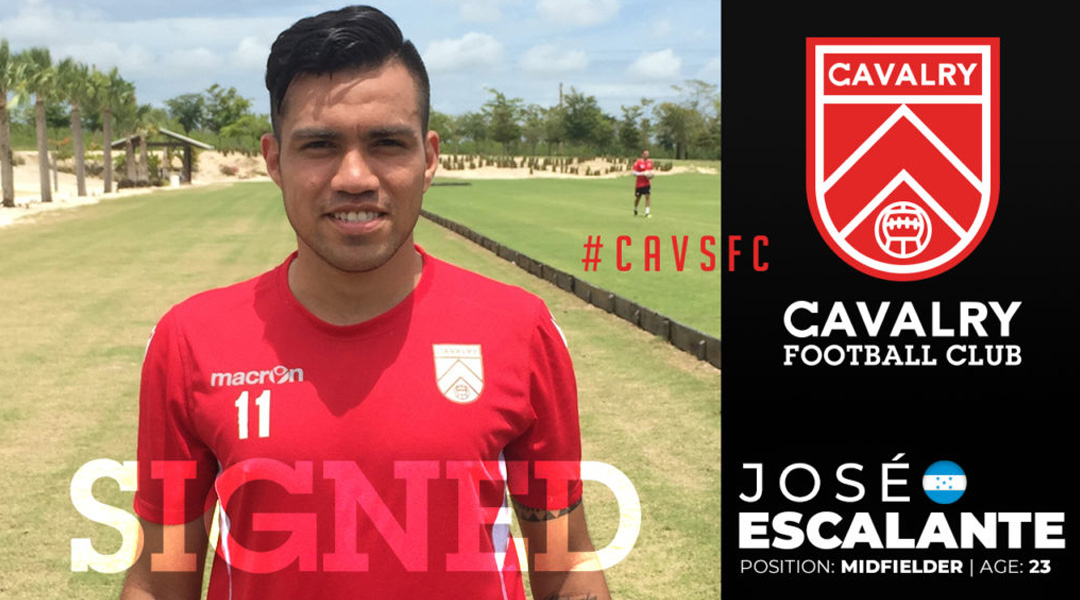 Cavalry FC has now announced the signing of Honduran midfielder José Escalante, who is expected to add some attacking flare to the Cavalry lineup. In fact, he was already noted for his trickery and quick-footedness in a preseason scrum against York9 earlier today.

The 23-year-old midfielder has spent most of his career on loan. While he did register 20 appearances with Club Deportivo Olimpia – arguably Honduras’ most successful sports club – the club has loaned him out no less than 5 times. He’s got plenty of USL experience from his time with Rio Grande Valley and San Antonio, along with a handful of MLS appearances from a brief loan to the Houston Dynamo in 2016.

Olimpia let him go after his fifth loan spell, resulting in him signing with Honduran side Juticalpa last year. Things didn’t quite pan out for Escalante there, as he’s now pursuing this new opportunity with Cavalry FC.

Jose excites me in the attacking weaponry he will bring to our team. He is a direct dribbler with excellent pace and a great crosser of the ball. I am confident he will get fans off their seat in anticipation when he picks up the ball in the attacking half. Given Jose has played in North America already through the MLS and USL, shows he will adapt a lot easier than most imports, whilst also being young enough that his best years are still to come

By a small coincidence, Escalante had played alongside current Cavalry teammate Marco Carducci when they were both in the Rio Grand Valley FC Toros in 2016. It’s unclear if Carducci had any influence in Cavalry FC pursuing the player.

The 23-year-old had also previously appeared for the Honduras Under-20s, though he has not received a call-up for the senior side.

For Cavalry, it looks like he’ll be wearing #11 for the season, so he’ll probably want to update his Twitter name.

Even though Escalante has put pen to paper on his contract with Cavalry and is currently in Punta Cana for the club’s preseason camp, he is still awaiting his work permit to play in Canada. Barring any issues, this should be resolved ahead of the inauguralCanadian Premier League season.

Cavalry FC did not reveal the length of the contract, or any financial details.