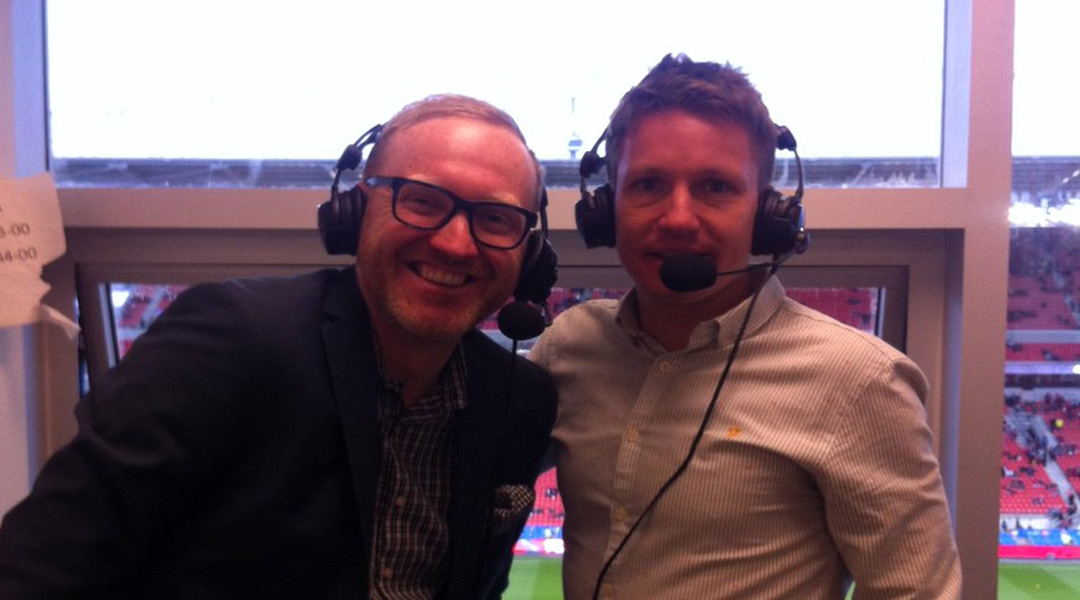 After a long week of consistent rumours, CBC Sports confirmed yesterday that the Canadian Premier League would indeed be broadcast on the widely-viewed television network. Fans will be able to tune into 10 different games (one per week, essentially) on CBC Sports, marking a landmark deal for the burgeoning league.

Today, fans can also put a voice to the broadcast: the league has announced that Canadians Gareth Wheeler and Terry Dunfield will provide commentary for CBC’s CPL coverage. The hosts introducing the game will be CBC Sports’ own Scott Russell and Andi Petrillo.

Both Wheeler and Dunfield will be familiar faces for Major League Soccer fans, with former-TFC man Dunfield currently on the books as a TSN Analyst. His experience with TSN and knowledge of the local Canadian football scene is going to be an invaluable asset for CBC Sports.

The Burlington-born Gareth Wheeler is the current radio voice for Toronto FC, and can be heard talking up a storm with Dunfield on TSN 1050. He’s also prevalent in many Toronto FC social media videos, a space where he’s really proved his mettle as a personality.

Overall, the duo are a fantastic pickup for CBC Sports, and certainly encapsulate the ‘By Canadians, For Canadians’ mantra of the Canadian Premier League.

Aside of the 10 games selected for broadcast, CBC Sports will also stream 10 different games on its website, app, and CBC Gem streaming service. Beyond that, global streaming provider OneSoccer will be offering streams for every single Canadian Premier League game free of charge.

All-in-all, there’s a lot of ways for Canadians to tune in to Canadian Premier League games, and a lot of quality going into these productions. The inaugural season seems like it can’t get here soon enough!