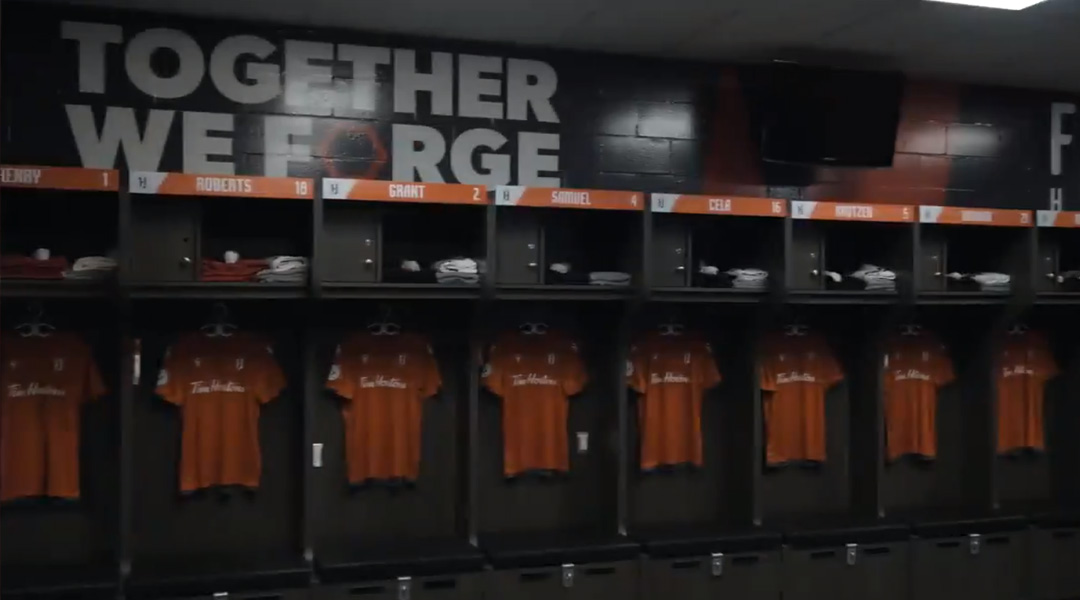 Based in Hamilton, Forge FC starts with a big advantage over other Canadian Premier League teams: the team has a 23,000-seater stadium at its disposal, and an owner with crucial ties to the venue. Bob Young, who also owns the Hamilton Tiger-Cats of the CFL, saw to it that Tim Hortons Field would be a suitable home for both of his Hamilton-based teams.

The 4-year-old stadium is owned by the city, but Young’s influence can already be seen: the team has just released footage of its brand new locker room (read: they’re not sharing the same room as the Tiger-Cats), and it looks good.

Take a gander at the Forge FC locker room below:

From its fire-filled decals to the comfy loft seating outside the room, it looks like Forge FC players can expect to kit up in a polished space for each home game. Sporting such inspirational messages as “Together We Forge”, it’s a good environment for players to build up positive energy during home games.

Cross-town rivals York9 have set up shop on York University’s Keele campus, where the team will play its home games at York Lions Stadium. Created for the Pan Am Games, the stadium opened in 2015 and will play host to plenty of heated matches between the two local sides while York9 develops a more permanent stadium plan. For now, York Lions Stadium will be transformed into an 8,000 seat venue to fit the Canadian Premier League crowd.

In any case, both locker rooms are sure to witness some drama as the inaugural season gets underway. Win or lose, in just 9 days that pristine Forge FC locker room is going to witness history being made.