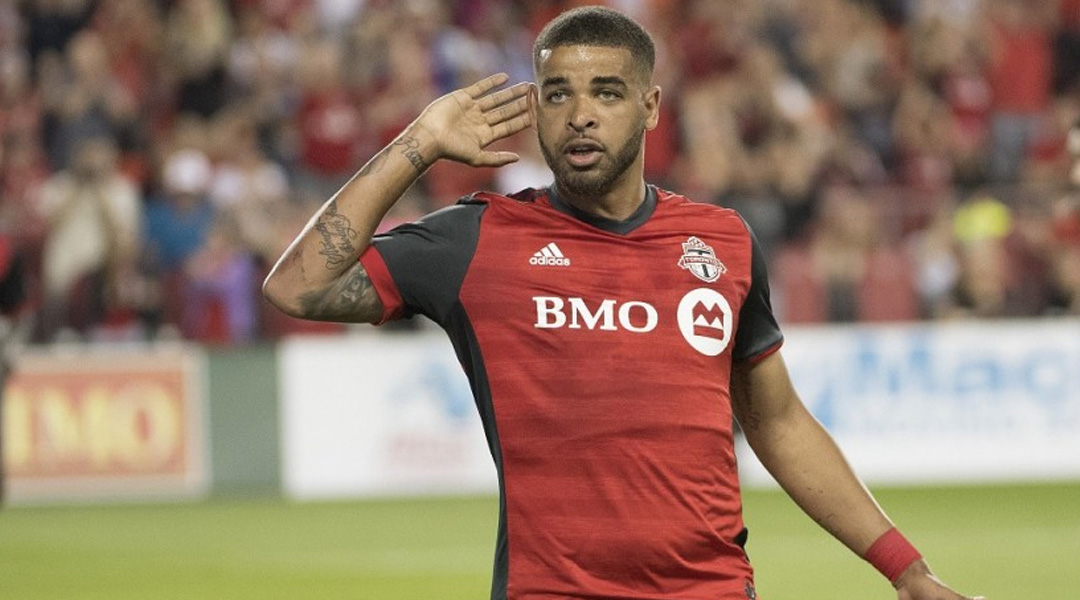 It seems fitting that the TSN pregame focus ahead of Toronto FC’s home game against Minnesota United last Friday was on the club’s academy products. In the pregame hype video, Jordan Hamilton held a figurative baseball bat, pretending to knock an imaginary ball out of the park. It was some eerily accurate foreshadowing.

Subbed on against Minnesota in the 73rd minute, it took Jordan Hamilton a mere 4 minutes to get himself on the scoresheet. He headed in a second some 2 minutes and 10 seconds later, earning his side all 3 points in a 7-goal thriller. It was a raucous affair.

Just a few months ago, it was hard to picture Jordan Hamilton where he is now.

Back in February, the club was coming back from what many describe as the worst title defense they’d ever seen. It was a season Hamilton would probably like to forget, having netted just 3 goals in 19 appearances for TFC. While he was much more prolific with TFC2, where he put forth 8 goals in 9 games, his first-team output wasn’t enough for TFC to renew his contract. The academy product seemed stuck in the gap between being too good for TFC2, but not quite ready for MLS. It’s a dangerous place of purgatory for players to find themselves in.

With the 2019 season approaching, no contract talks to be seen, and Hamilton coming to an age where he wasn’t just a ‘youngster’ anymore, it wasn’t clear where he would land.

Yet, the quiet forward kept his head down and kept working. This March, Greg Vanney had seen enough: he said Hamilton had developed enough to contribute to the first team.

The 23-year-old striker from Scarborough has been off to a fantastic start this season, scoring 4 goals in 4 games through both MLS and the CONCACAF Champions League. When he was dropped back to TFC2 in mid-April, he started against FC Tucson and got the squad’s only goal before returning to the first team against Minnesota. Even outside of official matches, footage from the training ground shows him regularly nutmegging teammates and exuding the confidence one wants to see in promising players.

It was that same confidence and tenacity which led to Hamilton winning his header for his second goal against the Loons, though it was shocking defending on Minnesota’s part. Still, Hamilton looked hungry for more.

With Jozy Altidore requesting his own substitution as Hamilton celebrated the brace, Greg Vanney has good reason to be concerned: Altidore has missed some 15 games since having foot surgery last May, and TFC felt his absence strongly last year. If Hamilton is kickstarting his breakthrough season, he’s picked a good time to do.

Of course, the optimal situation for Toronto FC is that Jozy stays healthy. This season, Vanney brought in American striker Terrence Boyd for depth, presumably in case Jozy has another lengthy spell on the sidelines. Unfortunately for Boyd, it appears the 28-year-old has been usurped in the depth charts. Jordan Hamilton’s stock, it seems, is on the rise.

Of course, the world of football can be a volatile space. Bono went from a young US goalkeeper vying for a spot on the national team to fighting with Westberg just to retain his TFC starting spot in a span of two years. There’s no telling where Hamilton will be in a year or two, but one thing is becoming certain: he’s consistently improved each season, and the future is looking bright. If he continues to make waves like he has the last few months, he could turn the head of national team manager John Herdman once more, too.