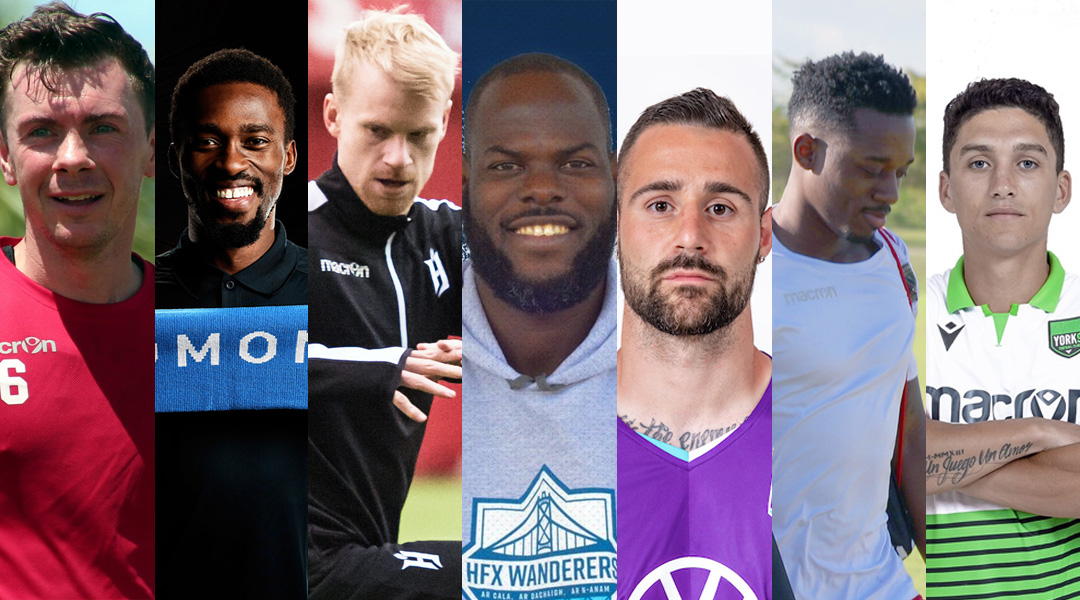 This post will be updated as the last remaining inaugural Captains are announced.

With the Canadian Premier League due to kick off on Saturday, April 7, the time has come for many players to prove their mettle at the professional level. Leading a squad that has been built from the ground up over the last few months is no easy task, so the head coaches of all seven CPL teams will have put ample thought into picking their Team Captains.

Without further ado, here’s the confirmed (and suspected) team captains of the Canadian Premier League:

34-year-old Canadian international Nik Ledgerwood will lead Cavalry FC at Spruce Meadows, and that’s a fact that came as no surprise. The Alberta-born midfielder, who can also slot in at right-back, brings plenty of much-needed experience to the pitch. With 12 long years spent playing the pro game in Germany (and more recently a stint with FC Edmonton and the Calgary Foothills), Ledgerwood knows how to dictate tempo from the middle and lead by example.

30-year-old striker Tomi Ameobi will be no stranger to those at Clarke Stadium: he’s already made about 95 appearances for The Eddies, scoring some 25 goals in the process. Growing up in England, Tomi spent time with both the Newcastle and Leeds academies, and much like his brother Shola would spend most of his career in England. He’s an experienced forward who knows both the pro game and the city of Edmonton well, making him a logical choice to lead the team both on and off the pitch.

Kyle Bekker was a natural choice: he’s experienced the ups and downs of the pro game, playing at a high level in both Major League Soccer and the USL with a bout for the Canadian national team somewhere in the middle. The-28-year-old attacking midfielder was one of Forge FC’s first-ever signings along Chris Nanco, and he’ll be a great figure to lead players in the dressing room as Forge FC prepares to make history.

Pacific FC‘s first-ever captain is veteran striker Marcus Haber, who proved himself by plying a tough trade in Scotland. After spells with the likes of Saint Johnstone, Dundee, and Falkirk – along with 27 appearances for Canada – he’s seen high level experience aplenty. At 30, he’s got plenty of pro years under his belt. He shaved the Pacific FC logo in his head before the club’s first game, too.

34-year-old Trinidadian goalkeeper Jan-Michael Williams is a natural leader. He’s the most obvious link, having captained for his national team during Stephen Hart’s tenure as coach of Trinidad and Tobago. His pro career has seen him collect medals while playing in his home country, too, so he should have a healthy amount of respect from the Wanderers squad.

He’ll co-captain alongside fellow T&T player Elton John, and 27-year-old centreback Chakib Hocine. When Williams and John hold the armband, they’ll be the first international players of the league to do so.

Markham-born Jordan Murrell will lead Valour FC at Investors Group Field. The 25-year-old defender was drafted by Real Salt Lake in 2015, spending the next few years bouncing around clubs in the USL Championship. Skylar Thomas, who spent time playing alongside Murrell during their time at Syracuse University, has been named co-captain by head coach Rob Gale. He was the first-ever signing at Valour FC, and both have been singled out by Gale for their character, leadership, and values.

At 23, Manny Aparicio is the youngest Canadian Premier League Captain of them all. Still, he’s got an impressive CV: the Toronto FC academy graduate has spent the last few years playing the pro game in Spain, and a return home means that the diminutive midfielder is expected to bring forth a fiery presence. In an unusual move, York9 FC head coach Jim Brennan has also named five vice-captains: Luca Gasparotto, Joseph Di Chiara, Kyle Porter, Nathan Ingham, and Roger Thompson.

It’s something that is difficult to even put into words, but obviously it’s a huge moment in Canadian soccer history and for the history of our club. Being chosen to walk out of that tunnel leading this team and club is something that I take with so much pride.

All seven of the inaugral Canadian Premier League captains will make history when they take to the pitch in the next coming weeks. It’s an exciting time for Canadian soccer as a whole, and thankfully it’s easy to watch: CBC Sports will be airing select games, with global streaming service OneSoccer offering a free month trial to anyone interesting in catching the games.