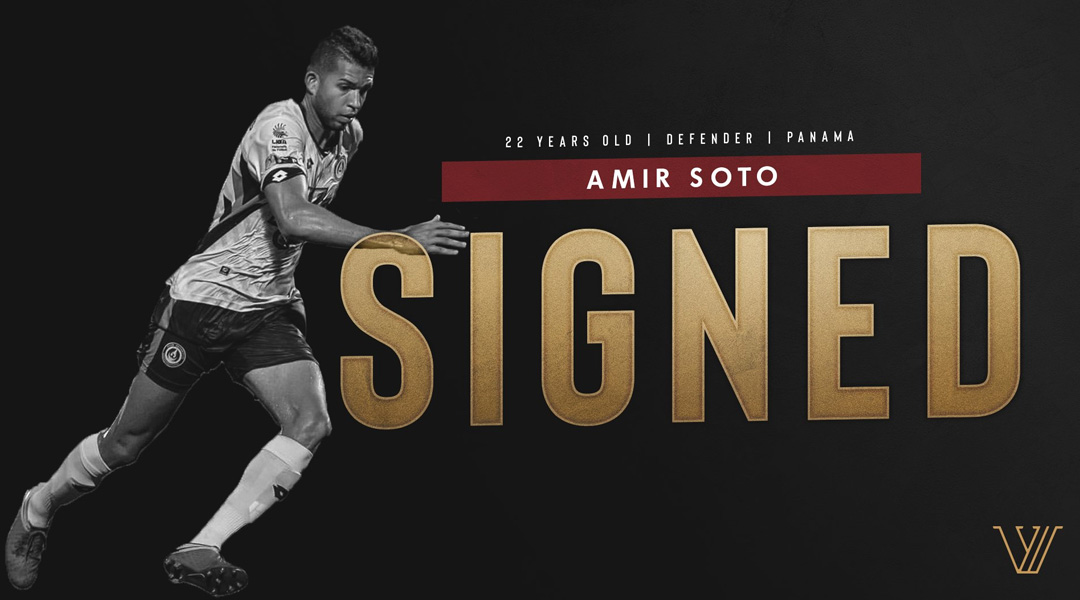 Soto has been without club ever since he was released by top flight Panamanian side CD Universitario last July. Prior to that, he spent time with a Danish second division side named Ringkobing IF after starting his career with Atletico Nacional.


It’s clear that 21st Club – and Valour FC – evidently believe he can prove his worth at the Canadian Premier League level.

We are delighted to welcome Amir to the club, he’s a player with great potential who has played with the Panama national team. We look forward to having a player of his pedigree within the club.

When Soto first began looking into a potential move to the Canadian Premier League, he spoke with former Pacific FC man Alex Gonzalez, who was an old teammate of his. The good feedback about the standards of the league, he says, was a big factor in his decision to head to Canada.

Back in 2018, Soto received a national team call up ahead of a match against Venezuela, though he didn’t ultimately feature in the game. Two years on, he’s hoping that a consistent showing in the CPL will put him back on radar of the Panama national team.

The dream of every player is to play with the national team. I was in training with the Panama national team for two weeks. Maybe I will get another chance in the future. Please God for that. I work every day for that. My dream is to play for them.

Soto is the sixth brand new player brought in by Rob Gale this offseason, and the third international. He’s joined by another relative unknown international in Solomon Kojo Antwi, and will play in defense alongside Haitian international Andrew Jean-Baptiste.

Gale has also said fans can expect around half of the inaugural roster to remain, though the futures of players like Tyler Attardo, Ali Musse, and local goalkeeper Tyson Farago are still undecided.

The financial compensation for Amir Soto was not disclosed by the club, nor was his contract length.