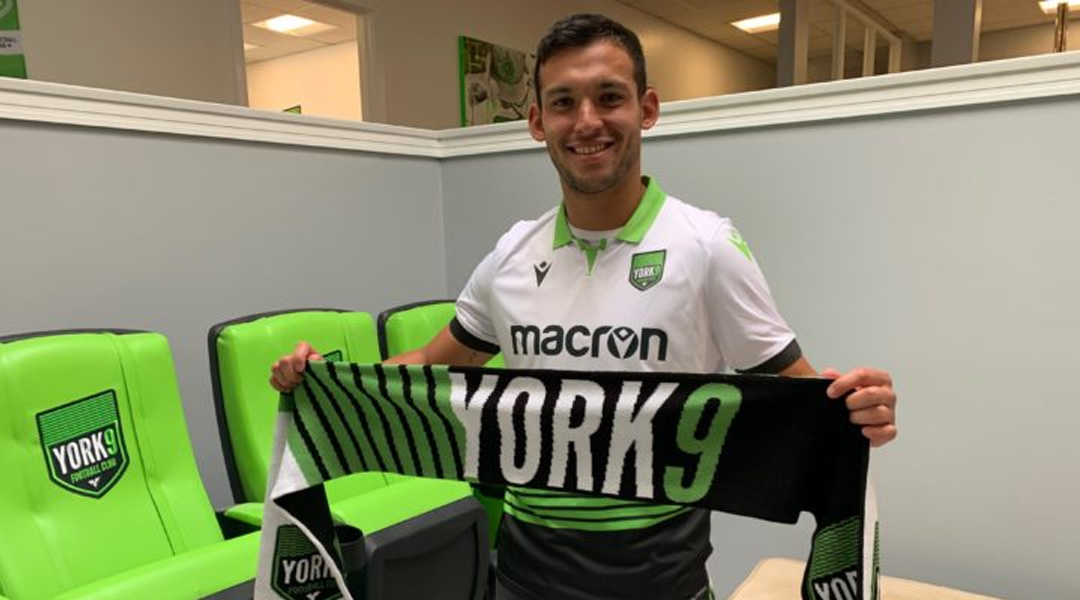 The 27-year-old striker arrives off of the back of a fairly successful season in Chile’s second division, where he scored 4 goals in 14 appearances with Rangers de Talca. A product of the Unión Española academy, he spent his early years in Chile before playing abroad in both Palestine and Uruguay. After one season back in his home country, he’s back abroad again to catch the inaugural Canadian Premier League season.

He’d also made one appearance for the Chile Under-21 team back in 2009.

The Chilean striker becomes the club’s 22nd signing, leaving them with the room to potentially sign just one more player.

York9 also counts him as the fourth international to sign for the club, behind Simon Adjei (Sweden), Wataru Murofishi (Japan), and…nobody else. Justin Springer plays for Saint Kitts and Nevis, but was born in Canada and counts as a domestic player.

If York9 wasn’t referring to Springer as the third international, they might have inadvertently confirmed Jose Pina, a 23-year-old Venezuelan player who Jim Brennan stated would play with the club in its Punta Cana preseason. However, no official confirmation has come of Pina since. If he is ‘York Ready’, Pina would be the Nine Stripes’ fourth international – and Gattas would occupy be the 23rd, and final, roster spot.

Gattas becomes the most senior player for a York9 FC front line that includes Simon Adjei (25), Michael Cox (26), Austin Ricci (23), and Cyrus Rollocks (21). The left-footed striker should give Brennan plenty of options up top.

Brennan’s side has plenty of youth to it, and he’s not afraid to give them responsibility: today, the club revealed that 23-year-old midfielder Manny Aparicio will be club captain. The club also appointed no less than five vice captains, which include Luca Gasparotto, Joseph Di Chiara, Kyle Porter, Nathan Ingham, and Roger Thompson.