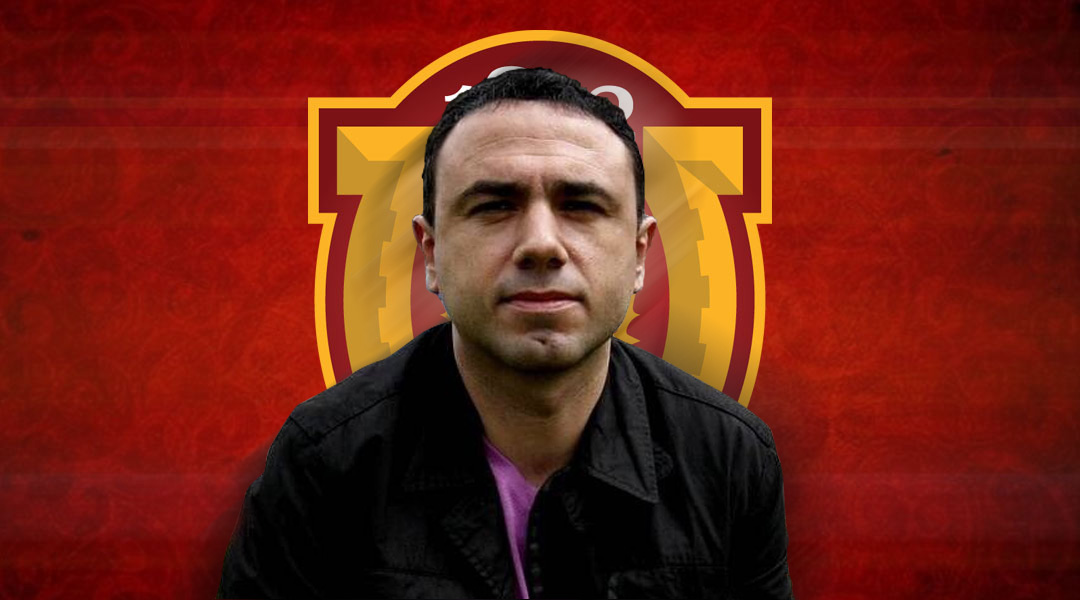 The man who brought the likes of Robin Van Persie, Cesc Farbregas, and Gabriel Martinelli to Arsenal has now joined prospective League1 Ontario side 1812 FC Barrie as a board member.

The Barrie-based football club will make the official announcement later this morning, confirming the key addition of a man who has spent the last 25 years with one of the English Premier League’s top sides. After his highly successful time with Arsenal, Cagigao will now focus his efforts on 1812 FC’s international scouting and relationships, while also helping to build the club’s player development pathway.

1812 FC has made an array of impressive signings at the structural level, with the club recently bringing in former Canadian international and Ottawa Fury GM Julian de Guzman as both co-owner and Club President. He recently spoke with us about his visions for the club.

Cagigao joins a board comprised of club founders Andrew Weilgus, Peter Raco, Julian de Guzman, and David Goldstein, along with the Barrie Soccer Club and 1812 FC’s own Supporters’ Trust, which Weilgus has woven into the club’s constitution to prevent it from ever being taken out.

It was only just over a month ago that the longtime Arsenal scout announced his departure from the London-based side, where he got his start as a youth player himself in 1984 and won an FA Youth Cup. He was one of over 55 staff redundancies made by the EPL side this summer, which even saw the layoff of club mascot Gunnersaurus (played by Jerry Quy).

Still, Cagigao wasn’t bitter about the end of his time as Head of International Scouting under the likes of Arsene Wenger, Unai Emery, and Mikel Arteta:

You can’t afford to be bitter in life. You have to have a thick skin and get over things quickly. I’m very proud of the time I spent and am proud of my personal achievements, but also feel very privileged to have worked for Arsenal football club. A club I was able to learn and where I was able to progress in my career. I met some and worked with some incredible people over the years. In that aspect, I feel privileged.

When it comes to where fans have envisioned Cagigao landing, it would have been easy to see him arrive at another top Premier League, La Liga, or Bundesliga side, so the fact that he’s chosen to begin the next chapter of his career with a Canadian club will be quite a sight to watch.

The well-respected scout arrives to the club after being introduced to Andrew Weilgus through a mutual friend. Weilgus also owns NPSL side Atlantic City FC, where Cagigao will also hold a similar role.

The English scout is known for his deep connections across both Europe and South America, and has close ties with the Spanish FA wherein he once coached a director of football course for the national sporting association.

Club co-founder Peter Raco states that Cagigao’s high profile arrival represents a huge opportunity for both players in the 1812 FC program and the Huronia Region at large, given that Francis will arrive with the proverbial keys to some of the largest football markets in the world. His input in player development would be valued at any side, so his words will carry a lot of weight with the prospective League1 Ontario club.

We want to set a new standard for football clubs at this level. I hope a standard that will be adopted by other clubs and rapidly improved on, which will ultimately result in a higher baseline standard across the board. There are phenomenally well runs programs in Canada and in League1 and we want to be a contributing member to that group. We will continuously question how we can provide the most comprehensive program for Huronia Region and Canadian footballers.

All-told, Cagigao is certainly a great addition for a prospective third division club that actually saw its arrival accelerated by the pandemic. As we put it, 1812 FC is continually punching beyond its proverbial weight with these kinds of additions.

To your point, certainly our ambitions are to ‘punch above our weight class’, but we’re not necessarily looking at what other League1 Ontario teams are doing. We’re looking at how we can be the best football club possible, and are always evaluating what partners we can bring in to support the Club’s ambitions.

Of course, the club hasn’t officially landed itself a league yet: while League1 Ontario applications have opened, they won’t be reviewed until the end of the month – though Raco states that the side has already held discussions with both men and women’s commissioners Dino Rossi and Carmelina Moscato. As part of that application process, the club also has its provisional approval to operate a football club from the Huronia District itself, with the final version of that approval expected before the end of the month. When it arrives, the full League1 Ontario application will finally be submitted.

The newly-formed club has yet to fill the post for its head coach role, though Club President Julian de Guzman states that multiple candidates have already been interviewed. With both de Guzman and Cagigao coming into the fold over the last few weeks, it’s clear that the club is aiming quite high with its organizational additions.

As things stand, Francis Cagigao is a coup for the club on paper: the trilingual scout brought no shortage of successful talent to The Gunners, and his years of experience will now go towards improving the player pathway in the Huronia Region as players progress towards 1812 FC and beyond. While only time will what he ultimately brings to the club, this appears to be the kind of addition that fans typically only dream about their local side making.