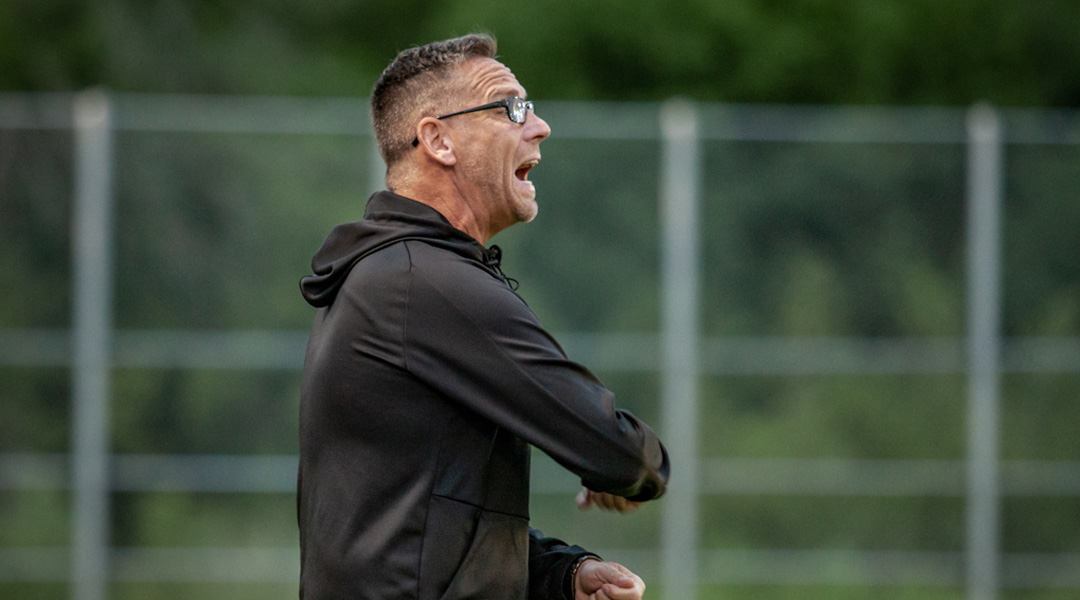 With its inaugural League1 Ontario campaign now having come to a close, 1812 FC is preparing for the future – and it’ll do so without head coach Trever Guy.

Today, the expansion side confirmed that it had mutually parted ways with its inaugural head coach, thanking him for his efforts throughout the 2021 campaign and wishing him well moving forward.

The Barrie-based club faced a difficult opening year after COVID-19-related difficulties forced it to relocate its home matches to Brampton, with the club recording four wins, one draw, and seven losses throughout the season, eight points short of a semi-final berth.

Guy had previously held positions with the Toronto FC Academy Juniors, Brantford Galaxy, and Hamilton United’s OPDL side after having played in the OSL, CPSL, and with the USA Kentucky Kickers during his playing days.

Starting next season, the club’s technical staff will be managed by ANB Futbol, a soccer academy that ran a League1 Ontario side from 2014-2015. It will also oversee the club’s future League1 Ontario Reserves side, and may undergo a partnership in facilities.

Since 2005, ANB Futbol has consistently demonstrated the ability to develop male and female youth players. Their model is based on the European Football culture and has generated impressive results. We have taken notice of the many dozens of youth players having trialed at top European professional clubs. Many have earned scholarships to multiple NCAA and USports schools and close to 20 ANB alumni have reached the professional ranks including MLS and UEFA leagues. We look to build upon ANB’s rich footballing tradition and help develop the next Daniel Jebbison.

The team is still working on finalizing a location for its home ground, which was initially slated to take be at Georgian College. With the Simcoe County Rovers also having zeroed in on that location, it remains to be seen if the sides will share a home ground or if one will be moving elsewhere.

The club’s partnership with ANB Futbol will potentially help 1812 FC players trial in front of an international audience of prospective sides, with club founder Andrew Weilgus also keen to leverage his US-based side, Atlantic City FC, for those looking to play stateside.

Related: How The Pandemic May Have Accelerated Barrie’s Path To Pro Soccer

The 2021 League1 Ontario Final is set for this Sunday, and will see expansion side Guelph United fight for a spot in the 2022 Canadian Championship against Blue Devils FC.