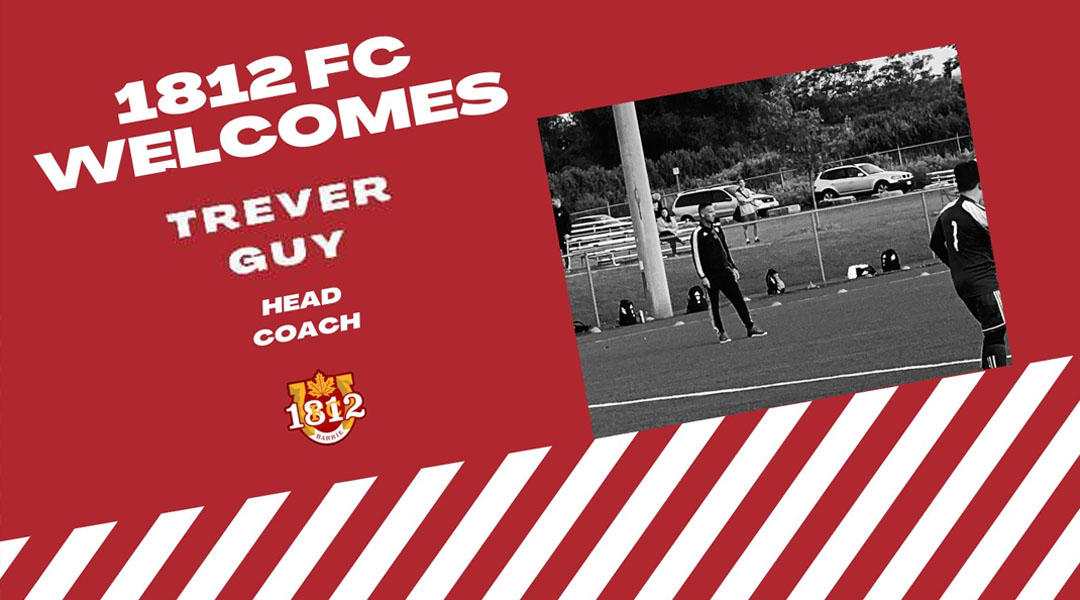 League1 Ontario expansion side 1812 FC has just revealed its its first-ever head coach.

This afternoon, the Barrie-based club named Trever Guy as the its inaugural gaffer. He arrives with extensive coaching experience in Ontario, having held positions with the Toronto FC Academy Juniors, Brantford Galaxy, and Hamilton United’s OPDL side after having played in the OSL, CPSL, and the USA Kentucky Kickers himself.

I’d like to thank Andrew and the staff for giving me this opportunity to be named the first head coach of 1812 FC. I am very excited to be a part of the team and to work alongside some talented people.

The League1 Ontario expansion side is expected to announce the rest of its technical staff in the near future. The club has listed Jeremy Hall as a coaching consultant, so his inclusion wouldn’t be a surprise – though there are whispers that 1812 FC could also be adding a player-coach with professional playing experience, too.

1812 FC founder Andrew Weilgus states that his team will begin rolling out player signings as soon as next week, so fans won’t have long to wonder who’ll ultimately be unveiled. The club is also holding tryouts for its League1 Ontario team next Tuesday at Cericola Field.

Weilgus – who co-owns NPSL side Atlantic City FC as well – had initially co-founded the club following a chance encounter with a fan, with Peter Raco soon joining on and Julian de Guzman eventually being named Club President. The latter two are are now with the Simcoe County Rovers, however.

The 2021 League1 Ontario season will see five expansion teams join the men’s division, with three new women’s teams also joining the semi-professional league. The official schedule announcement for the season has yet to be released.