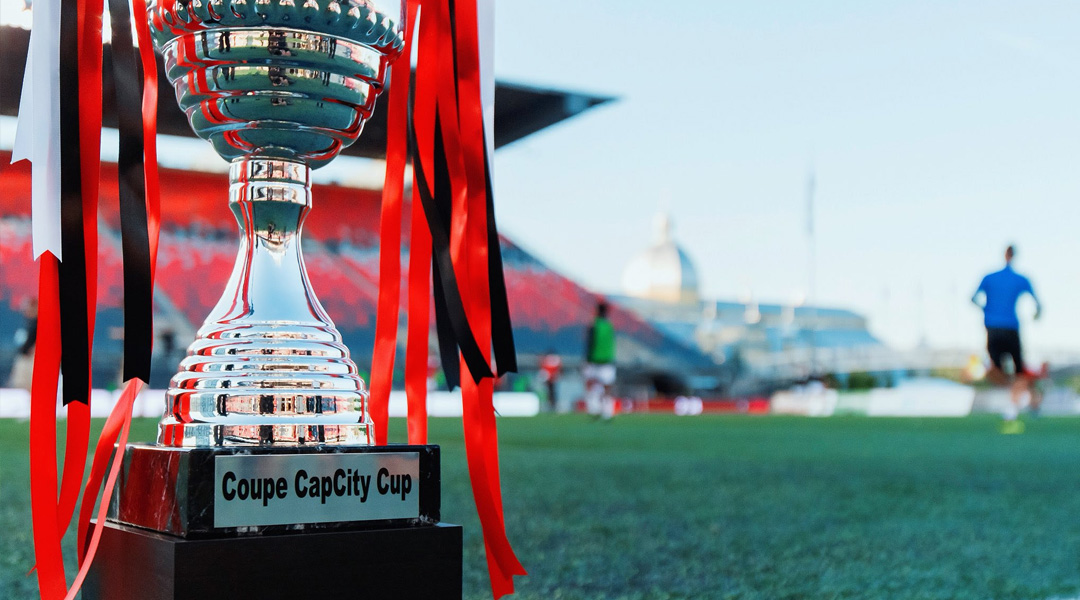 With the Ottawa Fury storming up the league table to challenge for a playoff spot in the USL, it’s important to keep players fit and healthy – and with the Montreal Impact sitting in second place in the Eastern Conference, it makes sense for Remi Gardé not to put his own players at unnecessary risk, too.

To that end, both Ottawa Fury and the Montreal Impact have mutually decided to cancel this year’s edition of the CapCity Cup, which is an annual exhibition match played between the two affiliate clubs. It was scheduled to take place on Tuesday, June 18 at Ottawa’s home ground.

“We were looking forward to facing the Montreal Impact again and take a shot at winning our CapCity Cup this year. All avenues were considered and we explored all possible options to make sure both clubs would have a sufficient number of players to dress, but we were unable to come up with an acceptable solution and came to the mutual decision to cancel the match. While we are disappointed to have to cancel this year’s edition, we felt that the end product on the field would not have reflected what our fans have come to expect from Fury FC.”

Fans who had purchased tickets will be offered a replacement ticket for any of Ottawa Fury’s upcoming USL games, or alternatively will be entitled to a refund of their ticket purchase.

Ottawa Fury had been poised to show off some local youth standouts in the match, with 15-year-old player Antoine Coupland and 18-year-old Cameron Shaw set to feature in the game. While it’s clear the Fury wasn’t going to field its starting eleven, it’s sad to miss out on a chance to see youngsters ply their trade against professional opposition.

Over on the west coast, 15-year-old player Henry Cromack is doing exactly that, having just clocked in 45 minutes for the Vancouver TSS Rovers in a match against the Seattle Sounders U-23s. The TSS Rovers have plenty of ties with Canadian Premier League side Pacific FC, so it’ll be interesting to see how Cromack develops over the next few years.

While it’s always exciting to see a matchup between Canadian USL and MLS opposition, fans will need to wait until next year to see Ottawa and Montreal square up once again – unless they both happen to make it to the finals of the Voyageurs Cup.