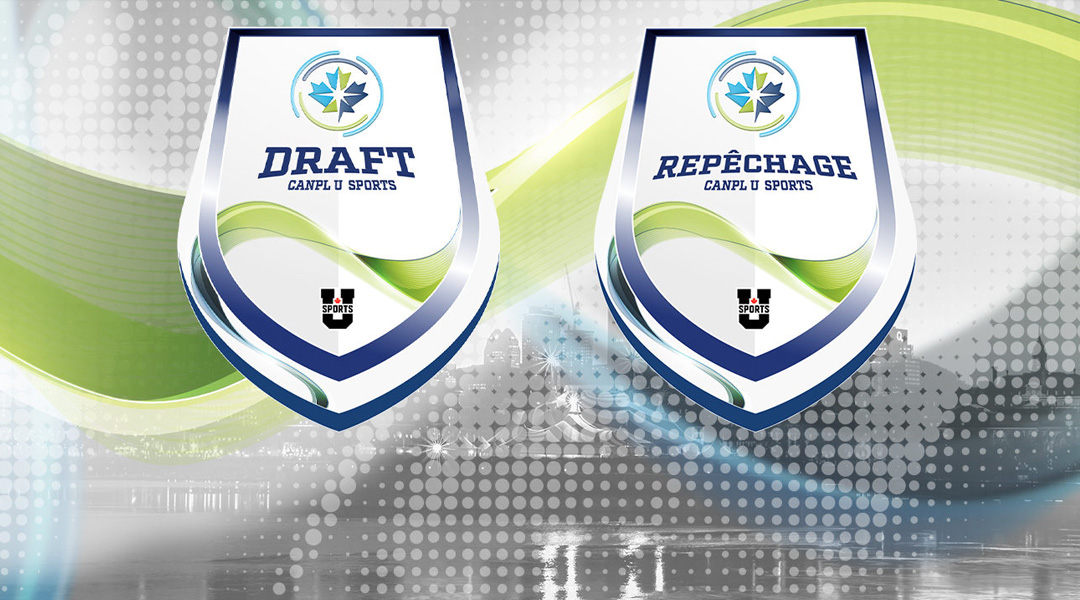 5 Takeaways From The 2019 CPL-U SPORTS Draft

The 2019 CPL-U SPORTS Draft may have concluded, but the dust has yet to settle regarding some of the brightest talents to be seen at the U SPORTS level. With the average age of this year’s draft coming in just shy of 20 years old, there’s a lot of U-21 talent vying to for a professional opportunity in Canada’s tier one professional league.

While each player still needs to actually earn a developmental contract with the Canadian Premier League side that selected them, there are a few takeaways one can have when looking at the draft at face value:

With the top three first round picks all hailing from overseas, there’s something to be said about the pedigree of international academy experience: Bent spent time with Preston North End, Marcus Campanile with Aberdeen, and Jan Pirretas Glasmacher with both Bayer Leverkuson and the Blackburn Rovers.


Last year, Peter Schaale and Andre Bona were the only international draft selections (out of six) to get contracts, though it’s fair to say that both of them were well-utilized players. Now counting as full internationals, it’s unknown if either will make a return to the Canadian Premier League.

Remember, graduating students weren’t part of the draft this year: some of the veteran stars from the 2019 U SPORTS season may not have featured in last night’s draft, but that doesn’t mean that CPL clubs aren’t be looking at them.

For the second CPL-U SPORTS draft in a row, the Cape Breton Capers had the most players selected in the draft with four. More notably, this year’s first and second overall picks both came from the east coast university, indicative of a highly-rated program which has brought in a good caliber of international student-athletes.

None of the four drafted Cape Breton players in 2018 were domestic players, with 2019’s four selections only fielding one player from Canada via 17-year-old midfielder Isaiah Johnston, who was signed by York9 FC – a club which has only ever used three international roster spots in its entirety.

It’s food for thought that the only Capers player to go in the second round, Charlie Waters, was the expected first overall draft pick in the official CPL-U SPORTS Mock Draft. Valour’s selection of him as the thirteenth overall pick was seen as a steal, too, given that the Halifax Wanderers were widely expected to use the fourteenth overall pick on him.

The RSEQ Was Under-Represented Again

Despite an all-Quebec final in the U SPORTS Men’s Soccer Championship and RSEQ players featuring in all but one spot of the Team Of The Tournament, there was only one Quebec-based player drafted: Gabriel Balbinotti.

Even when the Carabins won the championship last year, the first-ever draft (which featured three rounds, no less) only saw RSEQ players Andre Bona and Aboubacar Sissoko selected, with only Bona ultimately getting a contract. This year, Sissoko was named Canada’s top player at the Canadian All-Star Banquet.


While one expects that having an expansion club in Quebec City or Montreal would certainly lead to more draft picks from RSEQ sides, the fact that only one player from the two U SPORTS Men’s Championship finalists was selected is certainly food for thought.

It Was An Outfield Only Experience

None of the seven Canadian Premier League clubs opted to selected a goalkeeper in the draft. Last year, both Connor James and Christian Oxner proved vital additions for their clubs, but in 2019 every team is looking elsewhere for any prospective goalkeeper changes.


So far it’s confirmed that both Pacific FC and the Halifax Wanderers will be looking for a second keeper, with Mark Village being released and Jan-Michael Williams potentially returning as a goalkeeping coach. Wherever these replacements come from, it won’t be from the U SPORTS level unless clubs sign graduating players that didn’t participate in the draft.

Jeff Paulus Believes In His Academy

FC Edmonton head coach Jeff Paulus made it no secret that he was keen to pick up local talent for the second CPL-U SPORTS Draft in a row, and the Eddies boss delivered: he brought in two 18-year-olds in David Chung and Jacob Bosch, both of whom are products of the FC Edmonton Academy.

We are happy to be able to draft two players who are from Edmonton and that we know very well. Both players came through our academy system and we are very familiar with them. We will be keeping tabs on them throughout the winter, as we head into the preseason camp. We also have the opportunity to integrate them into our U-20 program and start working with them throughout the offseason.

In the 2018 draft, Paulus selected Connor James, Ajeej Sarkaria, and Noah Cunningham, who were all part of the FC Edmonton Academy system. The first two broke into the first team, while Cunningham ultimately didn’t make the club’s inaugural roster.

Outside of the Eddies focus on local talent, clubs like Valour FC certainly showed that other CPL sides won’t always focus on youngsters in close proximity, and it’ll be interesting to see how that develops as time goes on.


With most of each club’s roster changes still a mystery for now, it was nearly impossible to guess what the focus of each club would be going into the draft. Now, fourteen U SPORTS athletes will have an opportunity to earn a developmental contract with their respective clubs – though it’s no guarantee: remember that Easton Ongaro was originally a Cavalry FC draft pick, but eventually signed for FC Edmonton and scoring ten goals for them in 2019.

All seven Canadian Premier League clubs have ample time to adjust their rosters, with preseason not slated to begin until March 2020. York9 FC will be hosting an international scouting combine in Mexico later this month, while the Halifax Wanderers have already signed some new players and is simply waiting to announce them.