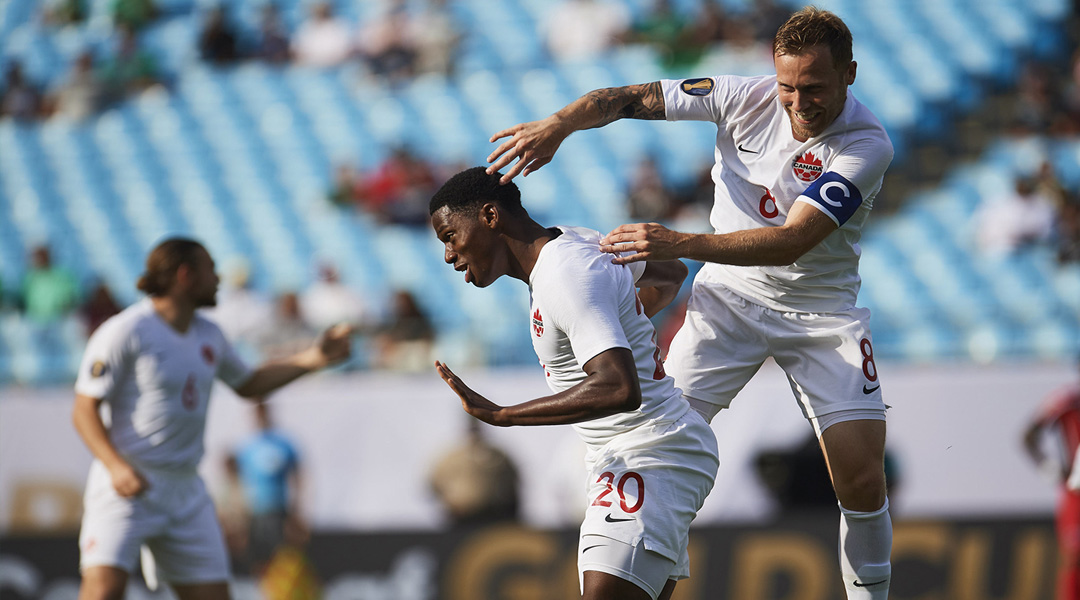 Canada may have crashed out of the 2019 Gold Cup after a shock 3-2 loss to Haiti, but the competition hasn’t been total doom-and-gloom for Les Rouges ever since: 19-year-old Canadian striker Jonathan David has won the tournament’s golden boot, finishing as the 2019 Gold Cup top goalscorer with six goals. It’s a Canadian record-high tally.

His Canadian compatriot Lucas Cavallini was right behind him with five.

The teenager had a breakout year for Belgian side Gent in 2018, with his hot form continuing into the current year and, it seems, into the national team as well. David earned a brace against Martinique, a hat-trick against Cuba, and scored a goal against Haiti – a country he would have been eligible to play for had he snubbed Canada – before Les Rouges crumbled in the second half after holding a 2-0 lead.

His teammate Alphonso Davies won the golden boot in the 2017 Gold Cup, where Canada also lost out in the quarter-finals. With Davies being deployed at left-back for most of the tournament, he was unlikely to win the award this time around. The only other time a Canadian has walked away with the golden boot is in the year 2000, when Carlo Corazzin scored four as Canada went on to win the entire tournament.

Davies becomes the second-youngest player to win the golden boot at the Gold Cup, Behind – you guessed it – Alphonso Davies.

With Canadian captain Atiba Hutchinson urging his countrymen to use the early elimination as a learning experience, head coach John Herdman will have his sights firmly locked into the fall-time CONCACAF Nations League, where Canada is grouped against Cuba and the 2019 Gold Cup runners-up, USA. With both home games set to take place at BMO Field, Toronto-based fans will be in for a treat – and the stadium’s new hybrid-turf will be in for a good test on an international scale.

Canadian fans will be hoping that the New York-born Canadian will continue his scoring streak in the Nations League, especially after David proved deadly for Cuba already. While only time will tell what the future holds for Jonathan David, he’s an exciting part of a national team that is well-stocked when it comes to offensive talent – though as this year’s Gold Cup showed, the team still has a lot of work to do at the back.

Despite going out in the quarter-finals for the second time in a row at the Gold Cup, there’s a lot to be excited about: the Canadian national team today is a night-and-day difference to where it was some ten years ago, where many of the starting players weren’t even attached to clubs. With the 2026 World Cup seeing Canada host several group stage games, the presumption is that the matured likes of Alphonso Davies, Jonathan David, and Jonathan Osorio will lead Canada into a new era.

The launch in 2019 hasn’t exactly been smooth, but fans can take some solace in that Canada is certainly trending in the right direction.

Header image credit to MexSport on behalf of Canada Soccer.