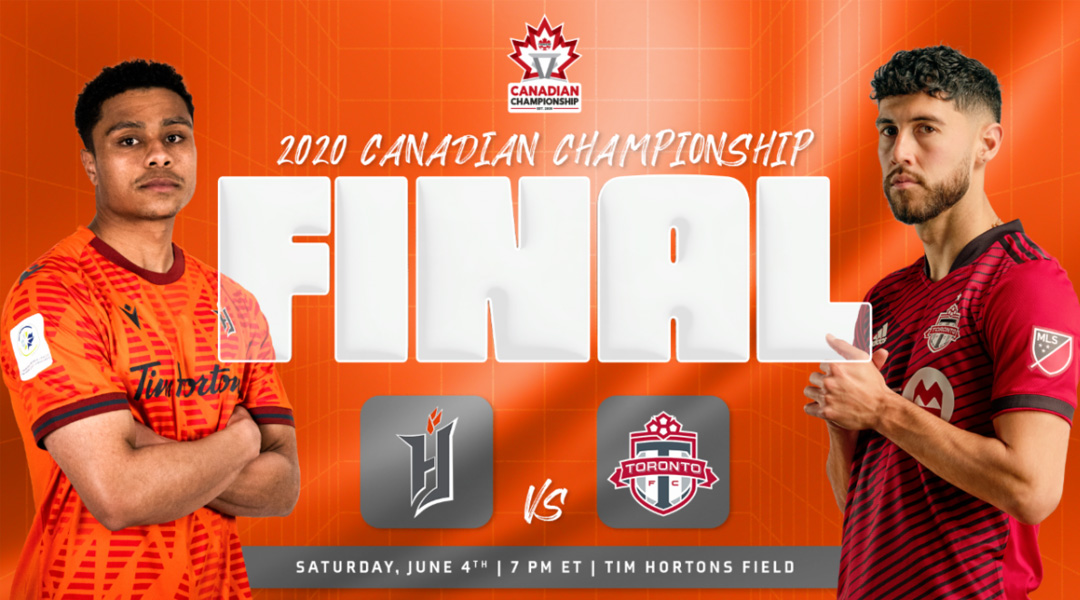 The much-belated final of the 2020 Canadian Championship is finally on the horizon.

Forge FC will host Toronto FC at Tim Hortons Field on June 4 after years of delay due to the ongoing pandemic. The cup final will mark the first-ever meeting between the two teams.

The Canadian Premier League hosts just announced that they are opening additional seats for the occasion, suggesting Hamiltonians are excited to see Toronto FC come to town. Today saw Forge open the west stands of the stadium behind the team benches for what will hopefully be another classic CPL-vs-MLS tilt at Tim Hortons Field.

While a spot in the Champions League is no longer on the line – that was ceded to Toronto FC last year after Forge couldn’t obtain permission to train ahead of the 2021 Concacaf Champions League, with Forge getting hosting rights to the final in return – the hammers now have a golden opportunity to make history as the first-ever CPL team to lift the Voyageurs Cup.

After that, presumably, it will be returned to current champions CF Montreal.

Both teams will be playing for pride at a time when their domestic league standings have significant room for improvement, so it goes without saying that we expect to see nothing held back from either team.

It could also see Lukas MacNaughton, Kadin Chung, Alessandro Hojabrpour, and Terran Campbell all on the pitch at the same time, something that the split of Toronto FC and Forge FC athletes haven’t done since they won the Canadian Premier League there with Pacific in December.

For Toronto FC, it will mark the second time they’ll have faced a cup team in a matter of weeks, with the MLS eastern conference team set for an away trip to the Halifax Wanderers this weekend. Michael Bradley and the squad had been looking forward to such a trip for some years now, and now they’ve got two away matches against CPL sides in quick succession.

Next Wednesday will determine if Forge FC will remain in the 2022 Canadian Championship, with the club set for a tough away trip to CF Montreal.

Fans interested in picking up tickets to the historic cup final in Hamilton can do so here.