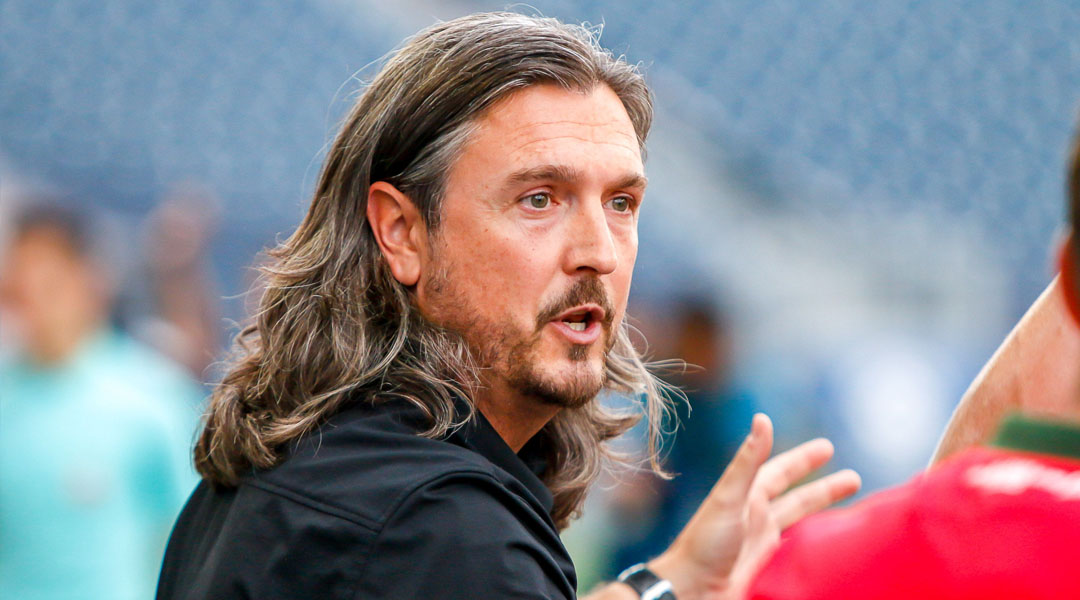 Canadian Premier League side FC Edmonton made some unintentional waves this week after an email blast sent to season ticket members contained a graphic featuring a 2021 Canadian Championship match, inadvertently seeming to validate the existence of this year’s as-yet-unconfirmed domestic cup competition.

The graphic claimed that FC Edmonton was set to host its Alberta-based rival, Cavalry FC, in a home game set for Clarke Stadium.

When we spoke with Cavalry FC head coach Tommy Wheeldon Jr. after his team’s physical, chippy draw with York United on Wednesday evening, we asked the gaffer his thoughts about the rumour – and he wasn’t aware of it. “You’ve just broke the news to me,” he said with a smile, “are we home or away against this FC Edmonton team, John?”

The smile wavered with the answer: as the Eddies email blast indicated, Tommy’s team was set to play away for the cup-based Al Classico. To Tommy Wheeldon Jr., that decision wouldn’t make sense:

“Why are we away? I want answers!” he says, incredulous, “if they’re putting us away at Clarke Stadium after having been away here, where’s the advantage of that? We made it to the semi-finals in 2019, and we haven’t played in 2020.”

The English-Canadian head coach has a point: it was Tommy’s Cavalry FC side that made history in 2019, becoming the first Canadian Premier League team to beat MLS opposition. They were the only Canadian Premier League team to make it to the semi-finals after surpassing Pacific FC, Forge FC, and the Vancouver Whitecaps before falling to a 3-1 aggregate loss to eventual winners CF Montreal.

The restructured 2020 Canadian Championship saw only one CPL team participate: Forge, who won the league.

When asked for further comment, Wheeldon Jr. was still perplexed at the potential away cup tie being placed upon his team from the get-go. He believes that the club should have been higher-seeded, and began to discuss that they also should have been sent to the Concacaf League after winning the 2019 spring season. Before he could make further comment, however, he was cut off by a member of the Cavalry FC media team who closed the room to further questions.

With the question catching the Cavalry head coach off-guard, it’d be interesting to think that an incidental graphic from FC Edmonton involved a cup tie that was still unknown to a head coach within the very same league.

That being said, when we spoke with a Cavalry FC athlete and mentioned the surprise inclusion of the cup tie in the email blast, he was also unaware but felt unsurprised: as he put it, he found out the full 2021 Canadian Premier League schedule on social media, along with everybody else.

Canada Soccer has yet to comment on the 2021 Canadian Championship, though the likelihood that a relatively normal structure of the domestic cup competition recently increased with the likes of CF Montreal and Toronto FC both announcing home matches yesterday.

The Canadian Premier League will return to home markets at the end of the month.

Of course, the belated 2020 Canadian Championship Final between Toronto FC and Forge FC will still need to take place, with TFC having been granted the Champions League berth typically handed to the winner in exchange for Forge hosting the match at Tim Hortons Field. After multiple delays, however, CSA President Nick Bontis revealed that the 2020 Final could take place as late as July 2022.

With vaccination rates rising well in Canada and COVID-19 cases shrinking, however, there’s growing optimism that the belated cup final can be safely played with fans in the stand this year. The same can be said for the 2021 Canadian Championship, assuming that it does ultimately take place. The CSA did a lot of shuffling with last year’s restructured cup, so the shape and time of this year’s iteration is likely still quite malleable, too.

While what ultimately happens to the 2021 Canadian Championship remains to be seen, Wheeldon Jr. will be gunning to make things right if his team is forced into an away venue in the opening round – though his words on seeding unfairness certainly seem to have merit.