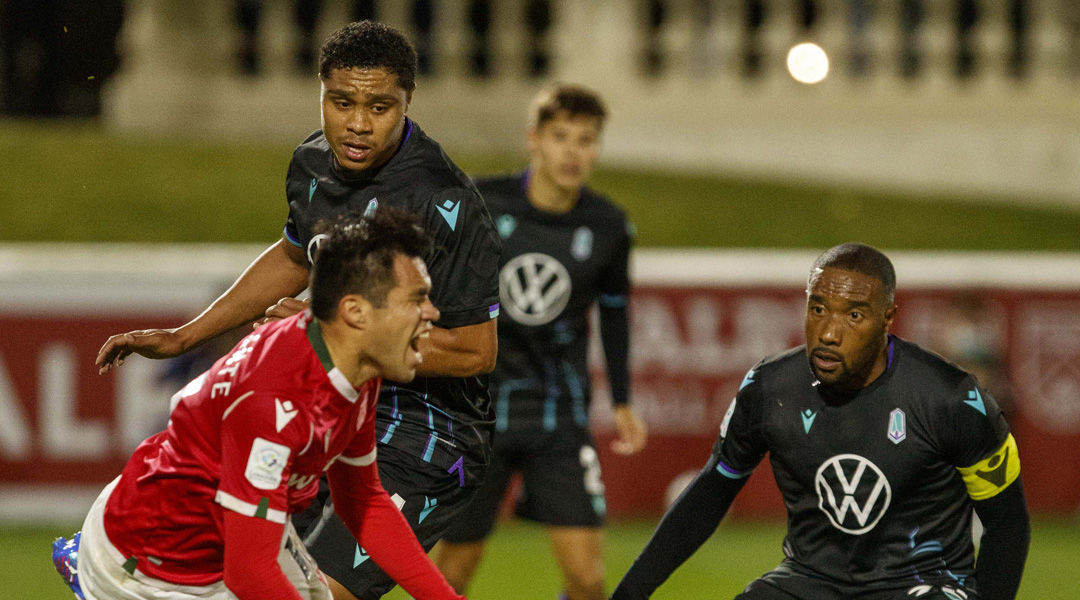 Pacific FC will be marching on to a Canadian Championship semi-final against Toronto FC after dispatching Cavalry FC at Spruce Meadows last night.

The all-CPL quarter-final between the league’s two top teams was a tight one, with Cavalry having bested FC Edmonton to reach this stage while Pacific FC made club history in a thrilling 4-3 win over the Vancouver Whitecaps.

Pacific head coach Pa-Modou Kah deployed the 4-3-3 formation and fast-moving attack that fans have come to expect, while Cavalry FC went for a familiar high-pressing strategy built around the attack of Anthony Novak and Sergio Camargo.

It was none other than Terran Campbell who broke the deadlock in the 33rd minute, finding himself in the right place at the right time to release a left-footed thumper that flew into the net before Marco Carducci could reach an arm out:

Campbell has clearly found his 2019 form, with this being his ninth goal of the season. He’s got seven in league play, and had bagged the first goal in the club’s upset against the Vancouver Whitecaps last month. He scored eleven goals in his rookie campaign two years ago, with the natural poacher well on track to exceed that target for 2021.

The Tridents continued to probe at the Cavalry back three, though the second half would see Camargo nearly procure an equalizer with a near-post effort that spurred on the home crowd with Joseph Di Chiara coming somewhat close to an equalizer, too. The club had a penalty shout in the second half, with Novak going down under a challenge from Haynes before the play was ultimately called back for another Cavalry forward having been offside.

The Alberta-based side continue to push, but it will have been a frustrating night for the home team: a shout for handball was waved away, and if not for a superlative off-the-line clearance from David Norman the score would have been 0-2 in the final minutes:

At the sound of the final whistle, it was Pacific FC – now undefeated in its last seven games – marching onwards to the 2021 Canadian Championship semi-final. While Canada Soccer has yet to decide where this match will be played, Kah is hopeful that Starlight Stadium could play host to another potential upset:

We truly deserve to have the semi-final against Toronto FC at Starlight Stadium – not just for the atmosphere but for Canadian soccer. It’s two CPL teams vs MLS teams [in the semi-finals], which is fantastic for the league and the growth of the development of the league. That is what Canadian soccer is about and to be able to see it happening in real-time is massive.

Earlier in the night saw both of those MLS sides emerge victorious, with a late Ballou Tabla brace rescuing CF Montreal from a potential shootout against Halifax, and Toronto FC trouncing York United 4-0 at BMO Field.

Having achieved vengeance against a Cavalry side that knocked Pacific out from this competition in 2019, the Tridents will now travel to Hamilton for a league match against Forge FC on Saturday.

Pacific’s match against Toronto FC is expected to take place later this month.