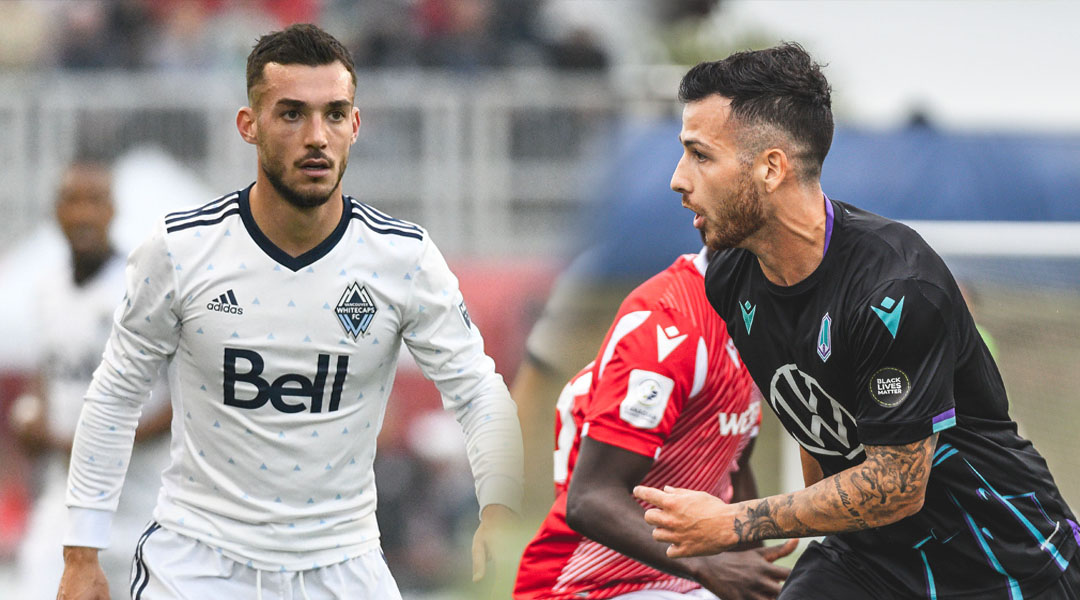 With the 2021 Canadian Championship now finally unveiled, fans will get to enjoy five different matches set to take place in the domestic cup’s preliminary round that will kick off just about four weeks from now.

While each opening round matchup is unique in its own way (as carefully curated by Canada Soccer), here are three great storylines that highlight the bunch:

The Long-Awaited Battle Of BC

At long last, Pacific FC will get the opportunity to show what it can do against its mainland neighbours, the Vancouver Whitecaps.

While Marco Bustos and Pa-Modou Kah will claim the headlines as they square off against their former team, there are a number of Whitecaps youth products set to test their mettle against the western conference team, too: the Tridents have no less than ten players who have donned the ‘Caps jersey throughout their youth careers before going their separate ways from the MLS side.

Suffice to say, they’ll want to put in a good showing to prove that their former team may have made a mistake in letting them go, and that’s motivation aplenty.

Given that the Vancouver Whitecaps will be playing Real Salt Lake just two days after the cup tie, it’s fair to assume that the 12th place side will send a fair selection of depth players and youth products into the clash to keep legs fresh for league action, and that could also make for quite an entertaining single-leg cup affair.

It could go the other way, too: with the team struggling in the league, it could put forth some of its MLS heavy-hitters to minimize the danger of any upset in the cup, and that’ll ensure a fiery affair, too.

The elephant in the room is that the Vancouver Whitecaps fell to a Canadian Premier League side in the 2019 Canadian Championship, becoming the first MLS team to do so. With Pacific looking like a front-heavy team, this’ll be a cup tie that’ll be well worth a trip to the Isle for BC sports fans.

Together We Wander…To Our Roots

When the Halifax Wanderers faced semi-professional opposition in 2019, they only got through via away goals after the home-and-away affair ended 3-3 on aggregate. This year now sees the team selected for a single leg matchup against PLSQ side AS Blainville.

The Halifax Wanderers boast no less than four former AS Blainville players in their current roster: Pierre Lamothe, Omar Kreim, Samuel Salter, and Stefan Karajovanovic. It’s always one thing to play against a club you’ve suited for previously, but it’s another to do so with the absolute expectation of securing a result.

The PLSQ side will offer tough competition for the east coast side: AS Blainville has now won four PLSQ titles in a row, and came twenty minutes away from forcing York9 FC (now York United) to penalties in 2019. The club is three matches into the 2021 PLSQ season, with 31-year-old former Impact man Wandrille Lefevre still helping pull strings for the team.

With Canada Soccer setting up regional rivalries for the 2021 Canadian Championship, it’s clear that a Halifax Wanderers side that leans heavily on Quebecois talent will be an entertaining home match against AS Blainville, with the winner then set for a memorable trip to Stade Saputo.

An Al Classico That Tommy Feels Should Be At Spruce Meadows

When FC Edmonton first leaked the existence of the club’s Canadian Championship preliminary round matchup against Cavalry FC, we asked Cavalry FC head coach Tommy Wheeldon Jr. what he thought about it – and he wasn’t aware of it at the time. When he found out that his team wouldn’t be hosting the match, however, he was extremely perplexed.

While any Al Classico match has the recipe to be heated, Tommy’s reaction about playing away says it all: this entire fixture is somewhat of a mistake in his eyes, and with only FC Edmonton separating his team and a potential dream-rematch against the Whitecaps (provided they get beyond Pacific), it’ll be one to watch.

Of course, the other preliminary round cup ties have some great appeal to them too: League1 Ontario side Master’s FA Saints already upset the proverbial apple cart by winning the 2019 League1 Ontario final in some style, while York United were nearly taken to penalties the last time it faced semi-professional opposition. Meanwhile, Atletico Ottawa getting to host its first-ever cup tie at home is going to prove historic, though it comes against a league-leading red hot Valour FC.

The 2021 Canadian Championship will see its opening round of fixtures take place between August 15-26, with the quarter-final and semi-finals taking place the following month. In October, the two finalists will compete to see which team will hoist the Voyageurs Cup for the first time since 2019.

That on its own is a bit awkward given that the 2020 Canadian Championship Final is still yet to take place (and might be delayed to 2022), but that’s a storyline for another day.