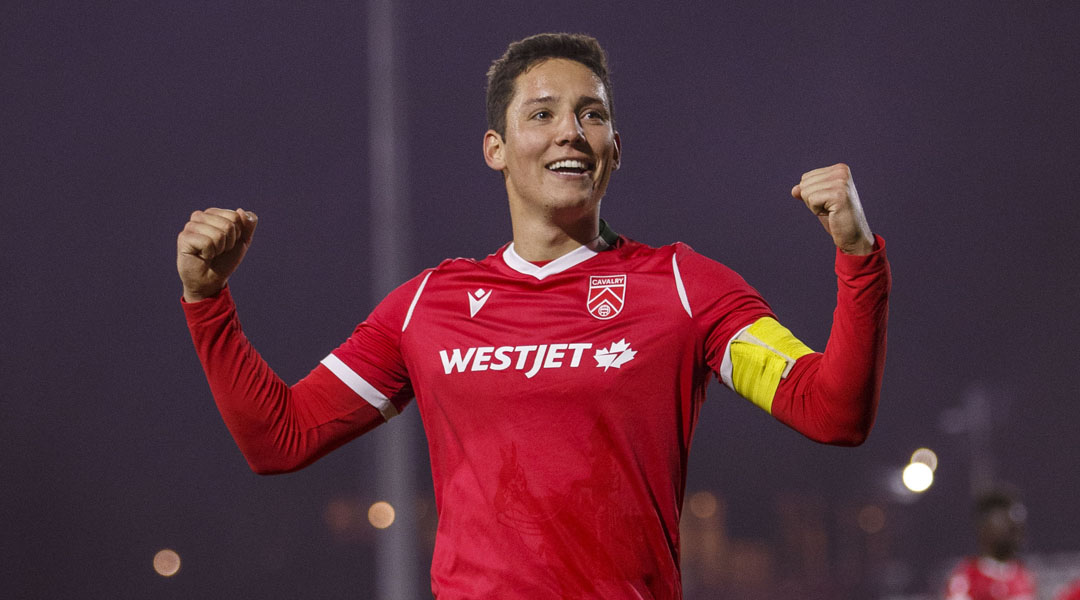 Canadian Premier League side Cavalry FC put forth a dominant win over Pacific FC to not only force its way back to the top of the league table, but become the first side to mathematically guarantee itself a playoff position, too.

An early goal from Dutch defender Daan Klomp and a wonderfully struck freekick from David Norman had the Alberta-based side well on its way to a comfortable victory over an uncharacteristically disjointed Tridents side that nearly went the entire match without a shot on target before Sean Young pulled one back right at the end of the match.

Head Coach Tommy Wheeldon Jr. described the home team’s performance as brilliant, revealing that the side has been working hard on its structural drills that have the side a clear tactical edge on the night:

It was about the tactical game plan and I’m just proud of the lads away they executed it. The fact that we won, and were in control of the game and reducing them and being able to score on a bit of magic, and I said that in the press conference before, we’re working very, very hard now on our tactics.

With the side remaining undefeated at ATCO Field all season, the club will want to keep itself perched atop of the league table in order to ensure that it play hosts when the new playoff structure roles around.

In previous seasons, the Alberta-based side finished top of the regular season through both the spring and fall seasons of 2019 and the regular season of last year’s shortened Island Games tournament, too. It has yet to accumulate any silverware for its efforts, however.

Tommy Wheeldon Jr.’s outfit now rests at 44 points after 25 matches played, with last night’s 2-1 win seeing the side regain the pole position two points ahead of Pacific. The side is now undefeated in six matches, having collecting twelve points from a possible eighteen in that period.

Of course, an unfortunate reality for Cavalry fans is the fact that rival side Forge FC is just four points away but has a staggering three games in hand due to the club competing in both the Concacaf League and the Canadian Championship, too. Cavalry has the top spot for now, but Forge has ample opportunity to oust the current league-leaders.

Tommy Wheelon Jr.’s side will remain at home for the next two matches, hosting slim-chance playoff outsider Valour FC before Pacific FC takes another go. The club will then close out its season with an away trip to Forge FC on November 16 in what is sure to be a frosty affair.

Pacific and Forge look certain to make playoffs as well, while the fourth-and-final postseason spot sees a neck-and-neck race between the Halifax Wanderers and York United, with Valour FC lagging behind and on the precipice of elimination.