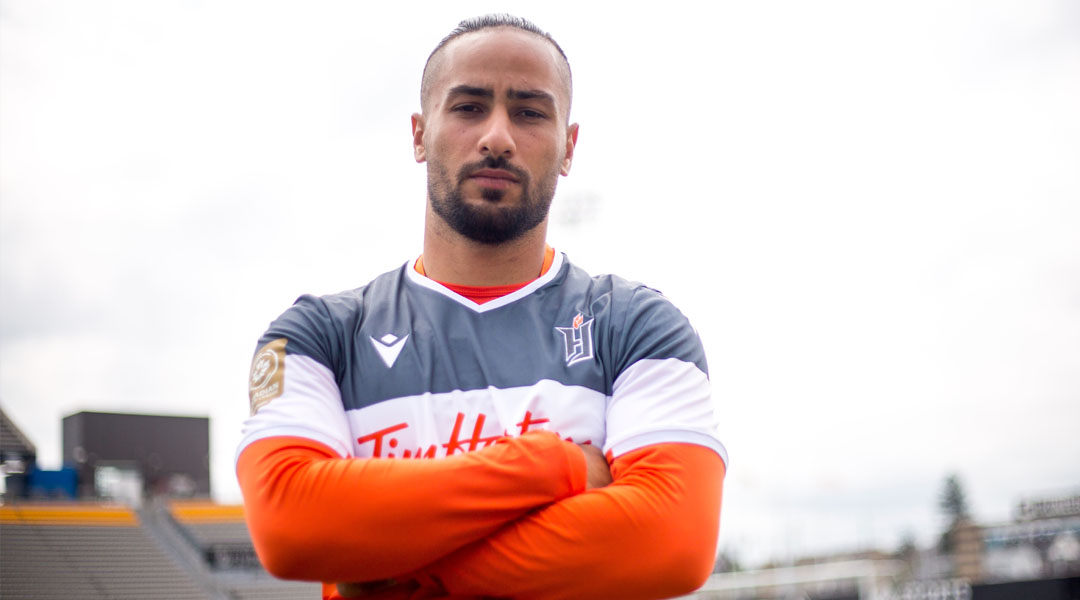 The 28-year-old forward recorded quite the continental campaign for the hammers as they peaked at the the semi-final stage, with Babouli contributing three goals and two assists along the way.

Babou found the net against CD Fas, Independiente, and Santos FC this year, with the former Toronto FC man establishing himself as one of the tournament’s shot leaders with twelve efforts.

Amid the semi-final stage where Forge finally fell against Honduran opposition, rumours appeared to indicate that Babouli was close to a national team call-up with Syria, though he remained with the club for the 2021 CPL Final instead.

The former Canada U-23 international had first opened his continental account with Forge during last season’s iteration of the tournament, scoring the opening goal against Tauro FC in the Round of 16.

Prior to signing with the hammers in 2020, he had initially trained with their cross-town rivals York United. He’s put in twelve goals and six assists for the hammers since then, including one which sent them to their second-ever CPL Final win last year.

In the assumption that Babouli remains with the hammers heading into the 2022 CPL season, he’ll play a big role in the club’s first-ever foray into the Concacaf Champions League. The club drew Liga MX giants Cruz Azul, who knocked Toronto FC out of the competition last season.

Forge FC’s home leg against the Mexican giants will take place on Wednesday, February 16, 2022 at 8:00PM EST, with the club due to travel away to the Estadio Azteca shortly after.