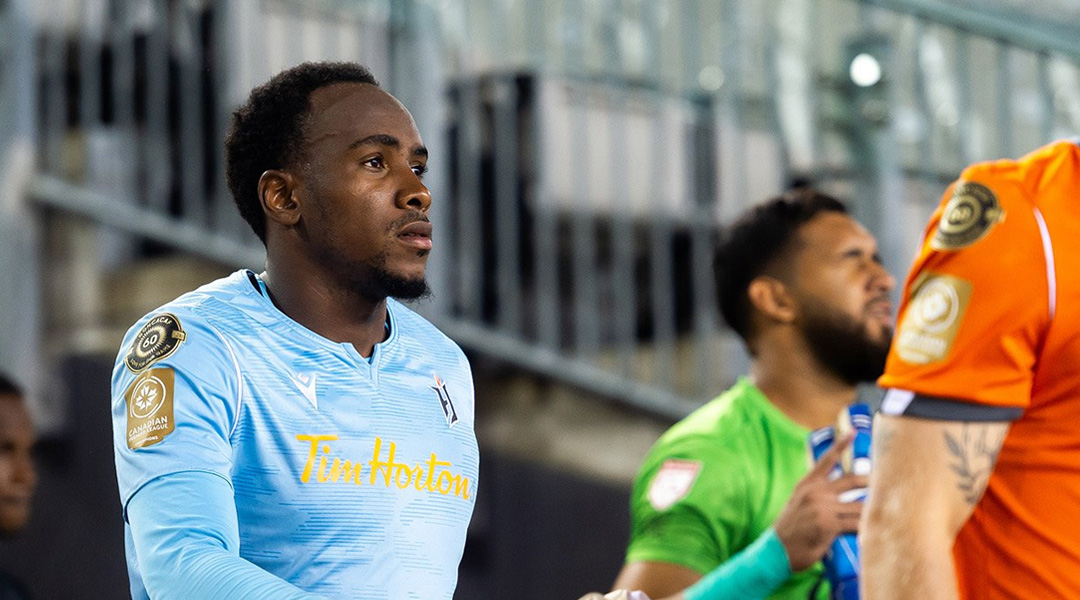 Forge FC battled to a nil-nil draw against CA Independiente de la Chorrera, leaving everything on the line for the club’s away leg next Tuesday.

The Hamilton-based side had surpassed CD FAS in the preliminary round to reach this stage of the 2021 Concacaf League, the third time in a row it reached this stage in three consecutive Concacaf League appearances.

The reigning CPL champions saw a testy first half see them nearly concede in the opening minutes and miss a penalty opportunity later on, though a stronger second half saw the Panamanian visitors well-tested but ultimately unscarred.

The hammers were in for an early scare after CAI earned a freekick in a dangerous area, with the resulting set piece finding the back of the net before being called back due to an offside decision.

Henry found himself called into action not long after that, with the Scarborough-born goalkeeper doing well to deny Rouse Luzcando after the forward broke free in the tenth minute:

Forge fans were in for a scare after Triston Henry collided with Daniel Krutzen as he collected the ball a few minutes later, with the 2020 Golden Glove winner requiring bandaging from the team physio and a new kit after coming out of the clash with a bloody knock.

CAI’s Francisco Vence put the visitors in danger after his sliding block on David Choiniere resulted in a handball call from the referee, with Daniel Krutzen stepping up to take the spot kick but finding his shot well saved:

CAI found itself lucky not to concede in the fiftieth minute, with Woobens Pacius – who has been in stellar form since arriving in August – nearly making it happen from an awkwardly-angled header.

Bekker then nearly found himself on the scoresheet moments later, firing a wonderfully struck long range effort with his left foot that forced a big stop from Samudio Murillo, who himself needed a physio after the save.

The Forge Captain would force another stop from the keeper a few minutes later, too.

The final forty-five minutes would see Forge perhaps the better of the two teams amidst bouts of action on both ends of the pitch, with Welshman and Borges nearly combining for a last-minute opportunity that wasn’t far from coming together.

Forge FC stay at home to face Pacific FC this weekend before travelling to Panama for the second leg. Given the penalty opportunity, the side will likely feel it could have done better – though they’ve played well away in Concacaf League action before.

The second leg against CAI will take place on Tuesday, September 26 at 6:00PM. It will be available live on OneSoccer.