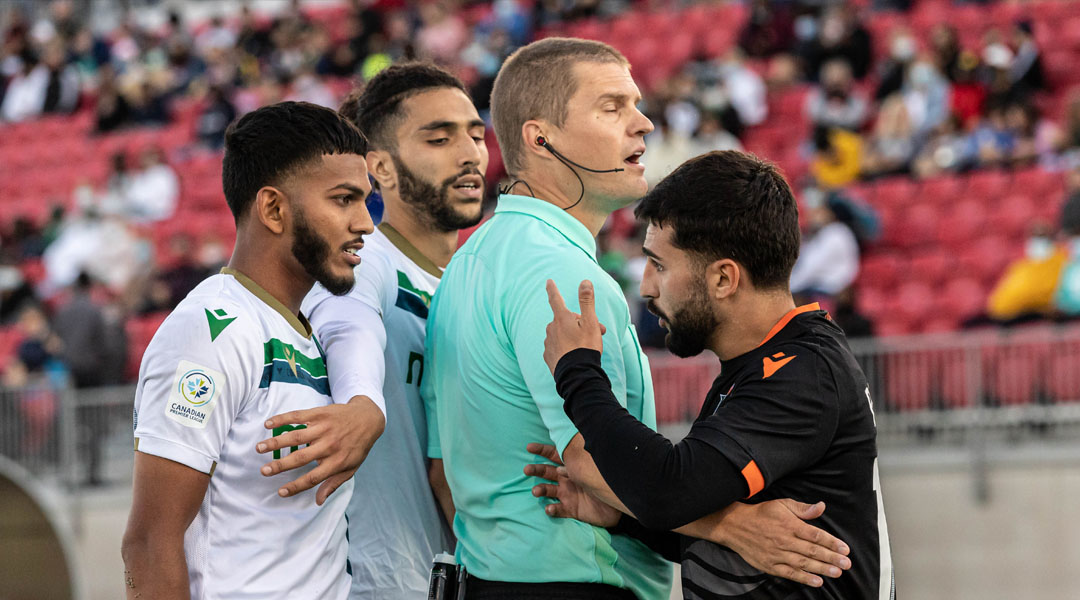 Yusri Rudolf has been selected as the first official for the 2021 Canadian Premier League Final.

The 36-year-old has manned the middle of the park for 24 league matches this season, handing out the fifth-least yellow cards per match of any league official this season. He’s been a consistent performer throughout all competitions, so his appointment for the league final comes as no surprise.

Rudolf has been at the helm for some big occasions for Forge, having been fourth official to the first leg of the 2019 CPL Final while also having been in the middle of the park for the club’s penalty shootout semi-final cup loss to CF Montreal earlier this season. Rudolf was also the fourth official for the cup final which saw Montreal defeat Toronto FC.

Second official Stefan Tanaka-Freundt and third official Gabrielle Lemieux will be officiating their third and second CPL Finals respectively, with Lemieux having also been second official for the Canadian Championship semi-final between Toronto FC and Pacific last month.

Rudolf, Tanaka-Freundt, and Lemieux were all part of the bubbled segment of the 2021 CPL season, too.

The 2021 CPL Final also sees Pierre-Luc Lauziere named as fourth official. He’s no stranger to a CPL Final, having handed out two controversial red cards in the first leg of 2019’s finals, one of which was successfully appealed.

The 2021 CPL Final will see Forge FC square off against Pacific FC this Sunday, December 5, 2021.

The referee statistics for this article were compiled from the work of VictoriaGooner on Twitter.

Krutzen On ‘Raising The Bar’ With Forge FC