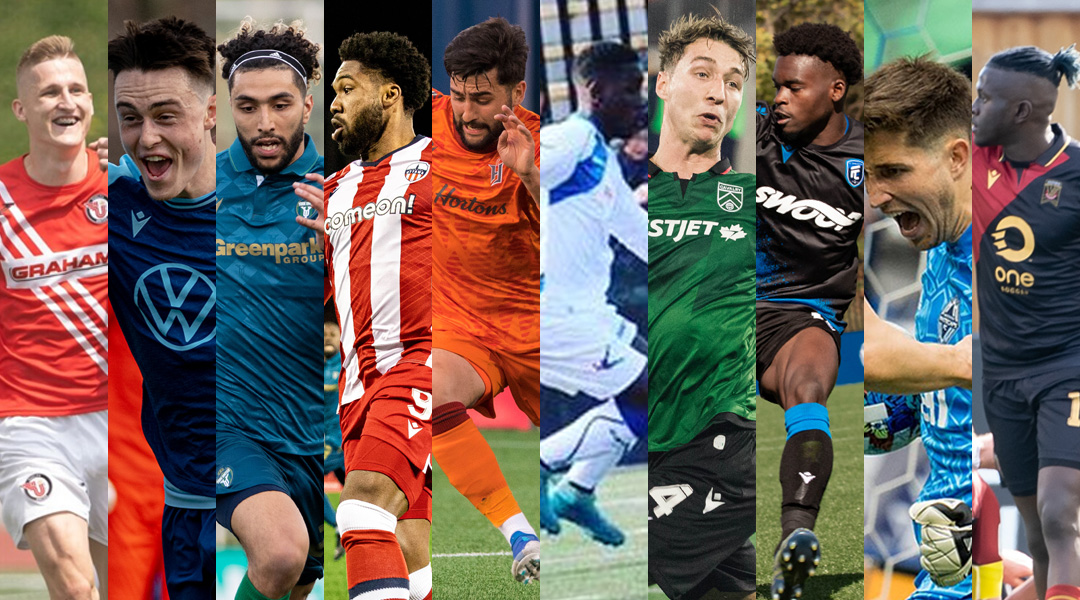 The fifteenth iteration of the Canadian Championship kicks off today, with the preliminary round seeing ten entrants contest in a single round knockout format. This week’s opening round will involve two semi-professional sides, seven CPL teams, and one Major League Soccer side – though only five teams will advance to the quarter final stage to join Pacific FC, Toronto FC, and defending champions CF Montreal.

Without further ado, here’s a preview of the five opening matches of the 2022 Canadian Championship:

Fate would have it that the Halifax Wanderers’ two previous Canadian Championship experiences pitted them against semi-professional opposition, with the east coast side narrowly advancing beyond the Vaughan Azzurri by goal difference in 2019, and AS Blainville nearly providing an upset last year.

The Wanderers started there CPL season with a mixed 2-1-2 record, and finally found a potential Morelli-fill in with Mour Samb this week. Stephen Hart’s side will come in as the favourites, though away cup ties are never easy – especially against a team that has former CPL players like Jace Kotsopoulos and, of course, former Wanderer Tomasz Skublak.

Guelph United has opened up its season with a 1-1-1 overall record, with former Forge attacker Marcel Zajac announcing his arrival with two goals from the opening three fixtures. The club has been buoyed by the return of Svyatik Artemenko following his time on the warfront, and it goes without saying that the golden glove winner is a big reinforcement.

Still, it’s worth pondering if Artemenko will be fully match fit: he was given a 45 minute run against ProStars FC, who proceed to complete a comeback by putting three beyond last year’s golden glove winner.

This is an intriguing fixture: it’s the David-versus-Goliath, part-time-players against the professional visitors matchup that bring magic to cup tournaments. Guelph United were raring for this opportunity from the moment they won League1 Ontario to cap off a stellar inaugural season, so this should be a good one to watch.

It’s clear that the club is still finding its new identity under head coach Carlos Gonzalez, with the capital city club looking sharp against Pacific FC despite dropping that regular season result over the weekend, but experiencing a hefty loss home to Valour before that.

“[The Canadian Championship] is huge, it’s got so much history here in Canada. I’ve had some really good memories, some great underdog stories and great games here at TD Place,” said Ottawa’s Carl Haworth. “For the fans, they get to see and believe in the ‘true underdog story’, the chance to play MLS teams and lift that coveted trophy. These cup competitions always bring a little extra, a little bite to them, a little more energy.”

Atletico Ottawa’s first time in the cup tournament last year saw the club fall to a 3-2 loss against Valour, with Austin Ricci providing a brace. Given that he’s now with the Nine Stripes, he’s an athlete the club will certainly be wary of should he see game time. Long-belated arrival Lisandro Cabrera has also travelled to the nation’s capital, so we could see some Argentinian flair in the domestic cup between him and Mateo Hernandez.

It’s worth noting that Atletico Ottawa has never beaten York United: after seven matches, they’ve drawn six times and lost once. If there was a time for them to break the streak, it’d probably be now – given that the winner will advance to an all-CPL clash after Pacific FC’s bye.

The preliminary round of the Canadian Championship will feature an Al Classico for the second time in a row.

The well-familiar opponents already squared up against eachother through league action on Friday, with Cavalry now hosting the cup side of the contest. Matches between CPL’s two Albertan sides have gone to Cavalry FC in totality, with Tommy Wheeldon Jr.’s side remaining unbeaten against the Eddies stretching all the back to their first-ever meeting in 2019.

Given what FC Edmonton is going through right now, Eddies head coach was blunt in stating that Cavalry ‘should’ beat the club in every game they play – though he’s adamant that the side will put the weekend’s loss behind them as they hope to create a cup upset at ATCO Field.

There’s no telling if either side will undergo rotation, especially given that they just faced on another a few days ago. Cavalry will host the cup tie as heavy favourites, but Koch’s underdogs can’t be written off: the goals they do score have been good, but the name of the game will be trying not to concede against a confident home side.

Having come one penalty kick away from reaching the Canadian Championship final last year, Forge FC enter this David-vs-Goliath matchup as heavy favourites – especially as they’ll be hosting semi-professional opposition in PLSQ side CS Mont-Royale Outremont.

Forge enter the match in the midst of a slow start to their league campaign, but they still remain a seasoned team with a sprinkling of reinforcements that offer a lot of depth. With plenty of Quebecois connections within the squad, this is a matchup that brings a lot of heat, especially given how PLSQ side AS Blainville came close to procuring cup upsets in 2019 and 2021.

Mont-Royal Outremont qualified for the cup competition by collecting the club’s fourth PLSQ title win last season, with the team recently confirming the return of some of the season’s top goalscorerers like Greguy Saint Simon and Mouad Ouazane. While the team had recruited former CPL defenders Chakib Hocine and Emile Legault last year, it isn’t clear if the former pros are still with the side.

The tall task will be made harder by the fact that Mont-Royal Outremont didn’t feature in the opening PLSQ weekend, so the team has yet to play a competitive match this year. With Forge having a month of (mostly regular) league action under its belt, that’s a big advantage for the home team.

The marquee matchup of the preliminary round sees Valour boss Phillip Dos Santos square up against his former side.

Winnipeg’s Valour FC will step into BC Place with mixed league form, though an earlier 6-1 drubbing of Atletico Ottawa show that when the squad hits the right notes they’re a danger to behold. The Whitecaps bounced back from a tough April to best Toronto FC a few days ago, with Vanni Sartini unlikely to underestimate the CPL visitors.

The Whitecaps boast the unfortunate record of having been the first Major League Soccer side to get knocked out of the cup competition by CPL competition, with Cavalry FC defeating them over two legs in 2019. Last year saw Pacific FC host a thrilling 4-3 cup match to knock them out of the preliminary around again, with the club firing Marc Dos Santos (and, thus, Phillip Dos Santos) as a result.

As the only MLS side in the preliminary round, all eyes will be on the Vancouver Whitecaps to see if they can stem the bleed they’ve had in the cup’s early stages. Phillip Dos Santos, on the other hand, holds a lot of insider knowledge to prepare him for the MLS-vs-CPL tilt – though he’ll have to go in without goalkeeper Jonathan Sirois due to a clause in his loan agreement.

The match will also see Brett Levis come up against his former side, while Diego Gutierrez might see action against his older brother Christian. One can’t forget that Matteo de Brienne was also prolific with the Whitecaps FC BMO MLS academy, so this’ll be a golden opportunity for the youngster to showcase himself, too.

The 2022 Canadian Championship is sure to provide plenty of fireworks as Canada’s domestic cup competition reaps the benefits of a growing professional football culture. The next two days will see five clubs advance to a quarter-final stage that already includes Pacific FC, Toronto FC, and CF Montreal.

With those matches just two weeks away, Canadian soccer fans are in for a treat.