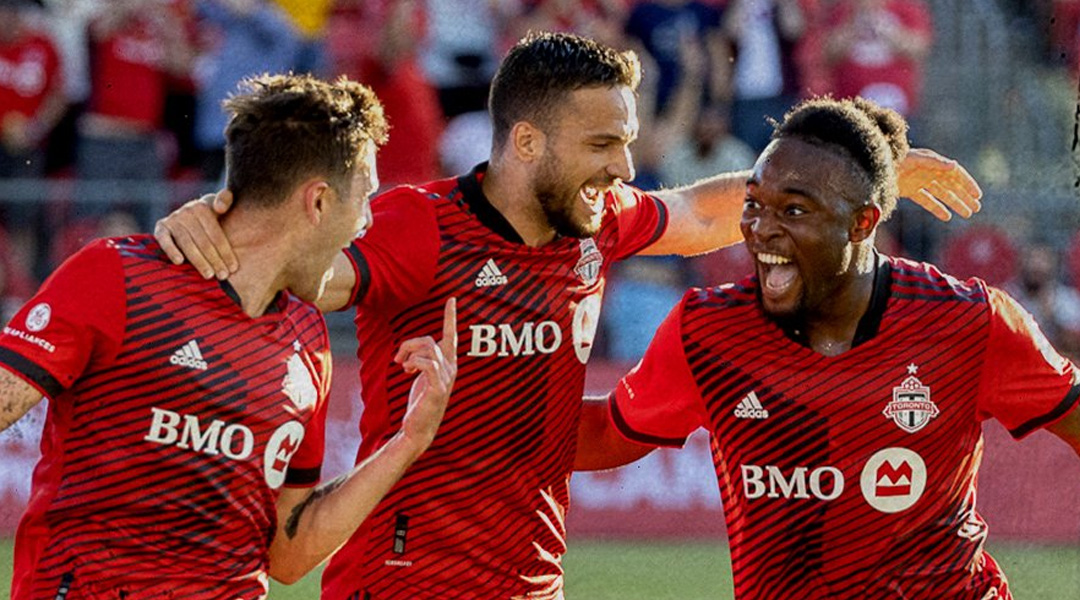 Both MLS sides reached the semi-final stage after surpassing CPL competition, but it was The Reds who inked their ticket for the cup final after a second half that got away from CF Montreal, despite the visitors out-possessing and out-passing the home side.

Brampton-born attacker Ayo Akinola opened the scoring on the cusp of the half-time break, finding himself unmarked in front of the net to tap home the go-ahead goal:

The visitors nearly pulled equal in twentieth minute through Samuiel Piette, but the Canadian international’s effort was deftly blocked by a defender. While CF Montreal had the edge in possession, Toronto FC were getting the lion’s share of the shots – and it’d make a difference.

Having made his mark to cap off the end of the opening 45, Akinola would strike again not long into the second to take the proverbial wind from the sails of the reigning cup holders:

Despite some attack-minded substitutions from CF Montreal boss Wilfried Nancy, tThings would go from bad to worse for the visitors as a sequence of defensive miscues saw a corner handily tucked away by Jesus Jimenez with 15 minutes to go, making the result look all but certain.

BMO Field was then treated to a spectacle finish through Alejandro Pozuelo, with the 30-year-old chipping home a fourth goal in what was a big win to cap off Bob Bradley’s first 401 Derby.

Toronto FC now advances to its seventh consecutive Canadian Championship Final, where they’ll face either York United or the Vancouver Whitecaps pending the results of tonight’s other semi-final.

Should they hoist the trophy this year, it’ll be a competition-record nine wins for Toronto-based club.