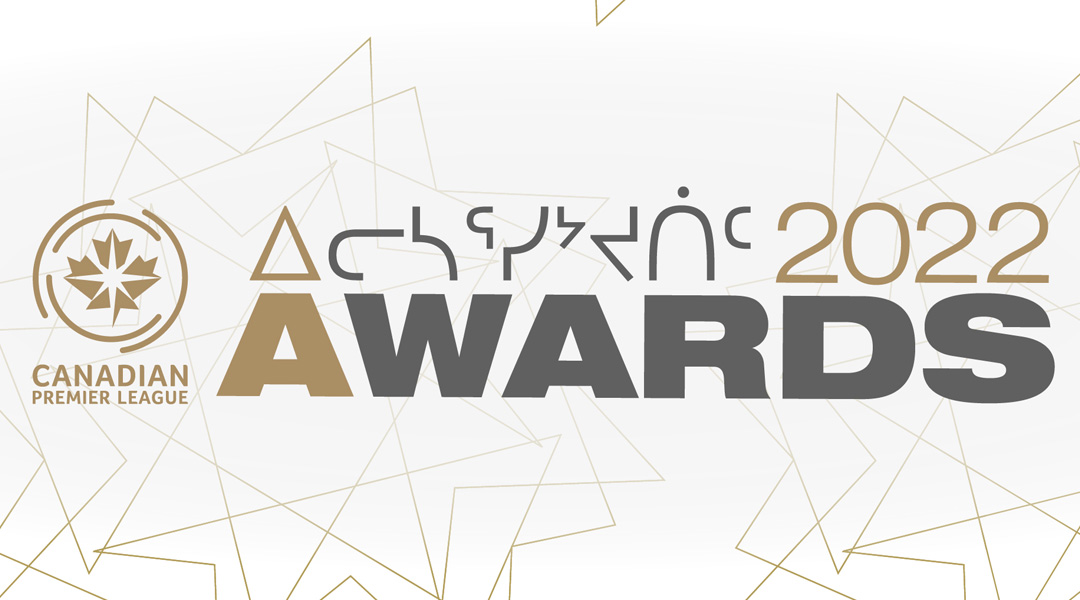 The fourth Canadian Premier League awards ceremony took place in the nation’s capital tonight just two days ahead of the 2022 CPL Final, with several gorgeous soapstone carvings being handed out to the league’s best and brightest.

This year also marked the introduction of the Defender of the Year and Players’ Player of the Year awards, with the Coach of the Year now being decided by votes from each club’s coaching staff.

Without further ado, here’s who earned a special nod of recognition for their efforts during the regular season:

He may be plying his trade in Norway right now, but before his transfer Alejandro Diaz was absolutely lighting the league up: he had accrued an astounding thirteen goals by the time he was sold to Sogndal Fotball. The Liga MX veteran’s third and final campaign was flush for moments of composure in front of net, with Diaz scoring against every other side this season.

Diaz departed the league with six goals in his final five games, and he now earns a soapstone carving set to be shipped to Norway, too. When your leave the league before August and nobody can catch up your goal tally in the two months to follow, you’ve earned it!

Back for his second season at IG Field on loan from CF Montreal, Sean Rea grew into an absolute force to be reckoned with: he contributed an astounding five goals and nine assists this year, proving to be on the league’s best and brightest when it comes to passing vision and, of course, scoring absolute bangers too.

With his technical ability growing at a pace in which CPL defenders are struggling to match, our guess is that CF Montreal ought to give him an opportunity next year. He’s been a real pleasure to watch in Canada’s domestic league, and he departs with a well-deserved feather in his cap to mark an astounding campaign in Winnipeg.

The consistent Carducci has now earned his third Golden Glove nomination, having won the award in 2019 and earning a nomination last season, too. After a delayed start to his campaign following a cancer diagnosis, he’s put forth an absolutely top-tier campaign at Spruce Meadows.

Carducci finished the regular season with ten clean sheets, tied for top of the league against Forge’s Triston Henry. Earning four team of the week nods, he’s one of the most consistent goalkeepers to be found in CPL circles – and with two golden gloves now in the bag, that consistent is paying off in terms of soapstone carvings.

The inaugural winner of the league’s new Defender of the Year category, Alexander Achinioti-Jonsson, is actually a defensive midfielder. Thrust into a centre-back role following the long-term injury of Daniel Krutzen, Achinioti-Jonsson has proven to be an absolute diamond at the back for two-time champions Forge FC.

Excelling in the position, Forge’s Swedish gem has proven to be a league-leading defender with tremendous grit and great ball-playing ability, leading the league in passes with 2,057 – well ahead of the runner-up’s 1,653. He also leads the nominees in both tackles and duels won.

Under his leadership, the hammers conceded the least out of any side under his guidance. He only missed one match this year, and surpassed his centurion mark for appearances in orange, too.

Atletico Ottawa’s Spanish gaffer has completed a coaching masterclass in his debut CPL season: guiding a largely rebuilt roster through a trial of formations, he now has the capital city club operation at maximum voltage. Gonzalez guided the team to a first-place finish in the regular season with a playstyle that, thus far, seems to have gotten the best out of just about everyone.

Incredibly, this includes wracking up the most away wins out of anyone this year, and in a league with as much travel distance as the CPL that’s a task easier said than done.

Accomplishing what Gonzalez has done after a significant squad overhaul is no small feat, and it’s something which similarly earn recently-ousted head coach Stephen Hart a coach of the year award two years prior. With Gonzalez now hoisting a soapstone trophy for his efforts, all eyes will now be on if he can take home the North Star Shield, too.

Welcome to ‘Olliewood’: Atletico Ottawa’s star midfielder has contributed an astounding eight goals in 27 appearances this year, scoring against every single other team in the league – and that’s as a midfielder, mind you.

Bassett’s stellar campaign helped Atletico Ottawa go from worst to first, finishing atop the league standings. The influence the 24-year-old has in the middle of the park is substantial, as is his passing vision and, obviously, his eye for goal. He entered as an expected favourite of the nominees, and it’s no surprise to see Ollie take home the coveted prize.

That’s not bad for someone who had dropped out of the professional game prior to his chapter in the CPL.

Bassett also took home the Player’s Player Of The Year award, showing that his competition also recognized what the Englishman has achieved in the middle of the park.

This marks the first year that the Canadian Premier League awards have taken place before the final, with voting having wrapped before playoffs began to ensure no recency bias would impact the media panel and player/coach voters behind the awards. Northern Tribune and its contributors are proud to have contributed to this panel.

The Canadian Premier League season will now wrap up with a grand final between Atletico Ottawa and Forge FC which will take place in the nation’s capital this weekend. Forge FC’s fourth-straight final could see them become three-time champions, while worst-to-first Atletico Ottawa are hoping to make club history right at home.