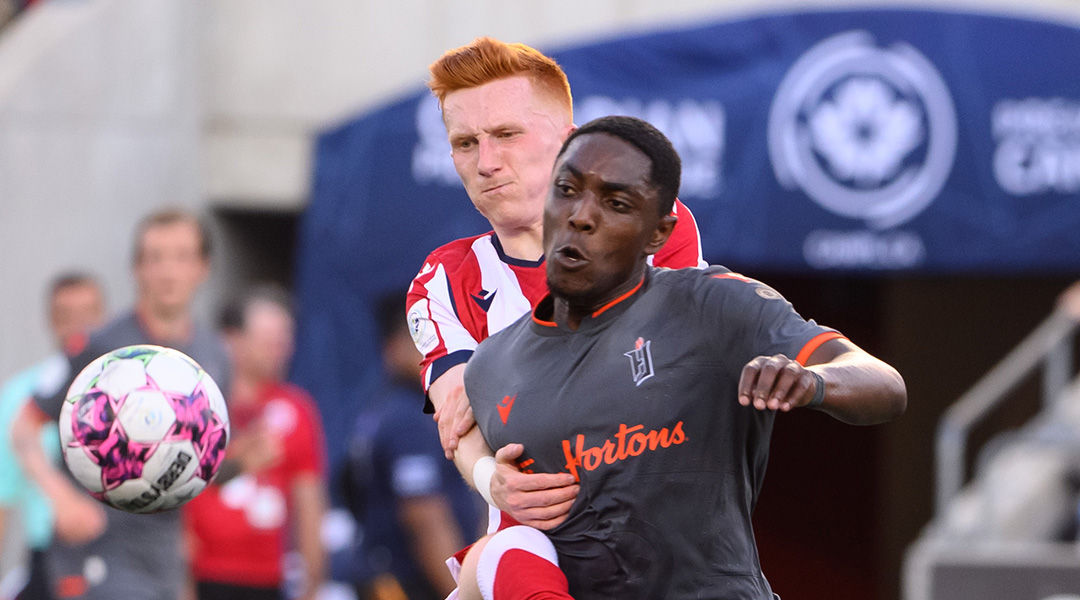 Eyes on the prize: tonight will see the eventual champion of the Canadian Premier League’s fourth season hoist the North Star Shield in the nation’s capital.

Atletico Ottawa earned hosting rights for the occasion by finishing top of the table before dispatching reigning champions Pacific FC in the semi-finals, while Forge FC enter the club’s fourth straight final with statistically the best offense, defense, and track record after taking out league rivals Cavalry FC in the semi-finals.

The match kicks off at 6:00PM EST and is available in Canada for subscribers of OneSoccer, fuboTV, and Telus Optik, though a free CPL stream can be found on the Telus Sports app, too.

Here’s a breakdown of what to expect tonight:

A sizeable five-figure crowd is expected in the nation’s capital to cheer on the home team, who went from worst-to-first in the span of a banner year. Head Coach Carlos Gonzalez – who picked up a coach of the year award on Friday – has all of Ottawa’s gears at full throttle, perfecting a strategy of pouncing out from a pressure-sustaining low block to strike when the time was right.

No club seems to have consistently found a solution to the club’s fluid and committed philosophy, with Player of the Year Ollie Bassett plucking strings in midfield, former Barcelona man Ballou Tabla producing moments of magic up top, and Golden Glove nominee Nathan Ingham making big stops at the back.

The club will be bolstered by the return of key defender Diego Espejo from suspension tonight, and all hands are expected to be on deck for what could be Atletico Ottawa’s first-ever North Star Shield.

The hammers will march into TD Place without Kyle Bekker following his red card in the semi-final, though a partially successful appeal sees his four-match suspension reduced to two.

Forge boss Bobby Smyrniotis isn’t worried about pressure, stating that he and his team have two North Star Shields at home already and the pressure will be on Ottawa. Despite finishing behind Ottawa in league standings, they’ve outscored and out-defended the opposition overall, and are now bolstered by the late season addition of Daniel Krutzen, too.

Defender of the Year winner Alexander Achinioti-Jonsson will be trying to help the team retain its strong record against Ottawa, who have only beaten the hammers once in the last three years.

In a one-off championship final, however, anything can happen – and both sides have shown up for the big games. Forge have more experience in these situations, but Atletico Ottawa’s mission this year has always been knocking down the status quo.

If a winner can’t be decided after 90 minutes, the match will proceed to extra time followed by penalties. Neither have been needed in a CPL Final before, but the recipe is certainly there for a cagey, intense match at TD Place tonight with a particular focus on what unfolds in the middle of the park.

Whatever unfolds, it’ll be another moment of Canadian soccer history to witness as the game continues to grow within the country. Enjoy it!