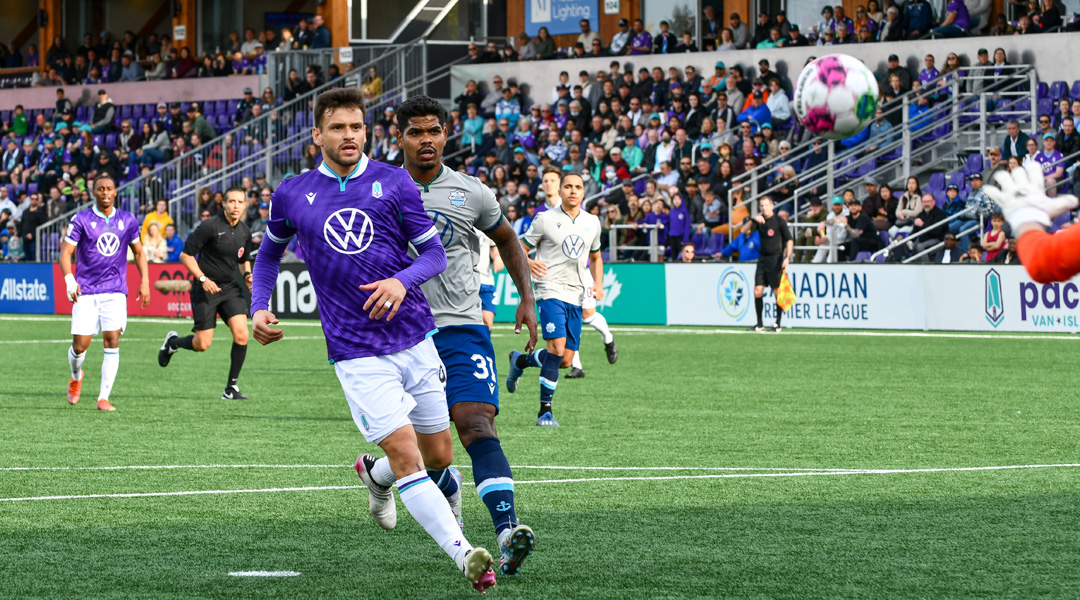 The third round of the Canadian Premier League saw an audacious number of highlight-reel goals, a continuation of more controversy, and the end of a few season-opening homestands, too.

With a new week upon us, we wanted to take a look at what’s coming next as the 2022 CPL season caps off its first month of action this weekend.

See Also: Recapping What Went Down In Week 3 Of CPL Action

Here’s three talking points that are worth noting before the next round sees no less than five games unfold between tomorrow and Sunday:

If the opening three weeks of CPL action have shown us anything, it’s that teams are really enjoying playing at home: the points-per-game of all teams at home thus far is 1.9, while clubs playing away have averaged 0.5 (with Pacific and Valour being big overachievers for home and away, respectively).

The third week saw the conclusion of homestands for Atletico Ottawa and Pacific, who will both now play away this week. We’ll also see the Halifax Wanderers, Cavalry FC, and Valour FC all experience their home openers this weekend, and we wouldn’t be shocked to see those clubs play heavy on that advantage.

Of course, football is unpredictable. Still, we’re guessing teams who have already racked up some good travel distances will be keen to have a home crowd at their backs, and we think that might spur them on to some stronger form, too.

The top of the table is trident territory.

James Merriman’s perfect start to the season continued with a tough test against Halifax last week, but the club did what champions do and found a (controversial) way through in the final minutes. The gaffer’s perfect win streak is technically at five matches given that he filled in once apiece for Michael Silberbauer and Pa-Modou Kah, but this week the club will need to play twice.

Pacific willnow undergo a two-match road trip in Alberta that starts with FC Edmonton tomorrow, with the Tridents then having a few days of rest before travelling to Cavalry FC’s home opener. With Pacific having nabbed a playoff win there in late 2021, Cavalry will be bristling to make amends with a squad that will have less tired legs. This won’t be an easy week for Pacific’s perfect streak.

Some Clubs Will Be Halfway To Their U-21 Quota…Others Not So Much.

The league increase the required number of minutes given to domestic U-21 athletes up to 2,000 this season, but that’s not looking like it’ll be a problem: with Valour and FC Edmonton already at 834 and 716 minutes respectively, we expect both teams to crack the halfway point this weekend.

At this rate Valour is even ahead of where it was at The Island Games, where it smashed the required minute marker more than four times over by the time the season was halfway done. Pacific and Atletico Ottawa occupy the low end of the minute count at 98 and 91, and if we continue that rate they’d only be reaching the halfway marker at the end of the season.

There’s lots of time to adjust, but at some point the low-minute clubs will need to ensure they’re not caught out needing to play a bunch of youth players when results are coming down to the wire.

It’s also worth noting that loaned players can only count to a maximum of 1,000 for the U-21 minutes. Well over half of Valour’s minutes are coming from Jonathan Sirois and Sean Rea, but it looks like Phillip Dos Santos has plenty of trust in young additions like Matthew Catavolo, Matteo de Brienne, and U SPORTS addition Jacob Carlos.

Tomorrow will see FC Edmonton face its biggest test yet with a midweek match against the reigning champions. Friday will see Nathan Ingham return to York Lions Stadium as Atletico Ottawa plays away to York United, with FC Edmonton then travelling all the way out to the east coast for its second match of the week, this time against Halifax.

Sunday will conclude the fourth week of action with a double-header of tantalizing home openers as Valour FC hosts Forge and Cavalry hosts Pacific.