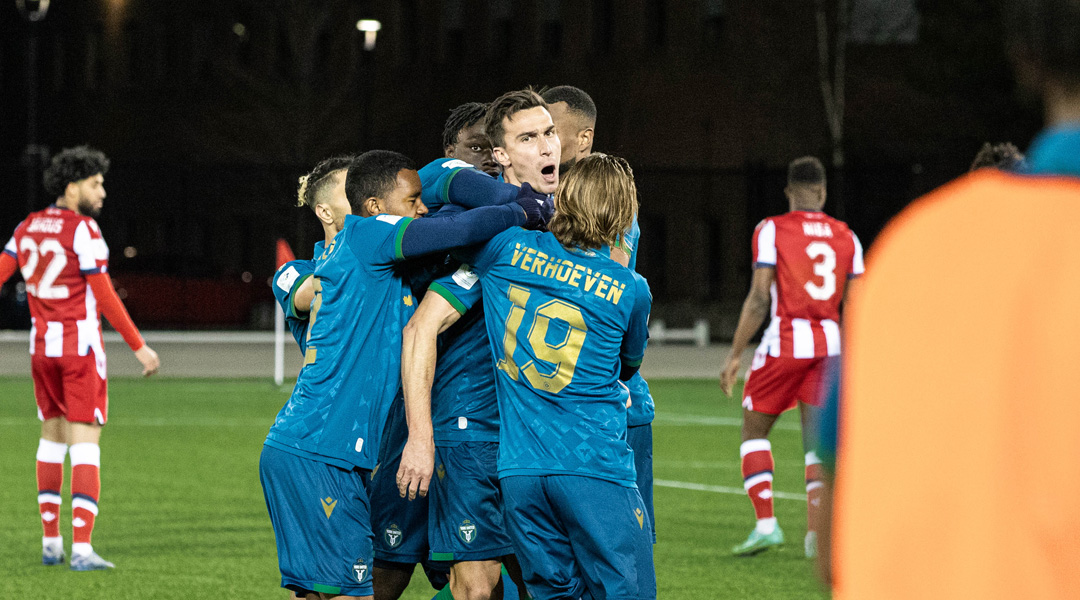 The fourth CPL matchweek saw four games unfold, though it was supposed to have five – such are the realities of playing during the COVID-19 pandemic.

We predicted that this week would play heavy on home form, and that held true through a sequence of home openers.

There were also a number of roster adjustments made, with FC Edmonton bringing in two defensive additions while Cavalry secured the return of Aribim Pepple and an international replacement for Tom Field. While the Wanderers are still searching for a replacement to Joao Morelli, the club stated it’s a difficult time of the season to be finding someone of similar caliber.

Without further ado, here’s how all the fourth round of the 2022 Canadian Premier League season went down:

The league’s first midweek match of the season saw Pacific FC’s win streak falter against a resolute Eddies side that would ultimately go three for three in securing draws at home. An early opportunity for Mamadi Camara escaped the hosts, while Marco Bustos had a few moments where he looked likely to beat Andreas Vaikla.

Edmonton’s now-staple low defensive block saw them finish with just 29% of possession, but the boys in blue did well to keep the league’s reigning champions – and the most high-scoring CPL side entering the week – at bay. The match finished as the league’s first scoreless draw of the season, with both sides having one more match apiece in the fourth round of action.

This was the match of the week for the neutral: it had drama, goals, and yet another controversial red card decision.

The match didn’t appear to be heading that way in the opening 45 minutes: with plenty of fouls and a number of injuries (Diego Espejo and Oliver Minatel both had to come off, while Miguel Acosta’s head was heavily bandaged before he came off early in the second half), there wasn’t a lot of flow to the fixture.

Things finally burst open when a nice transition from Atletico Ottawa saw Brian Wright sneak in behind his marker on the left, with a tidy through ball allowing the forward to slot in the go-ahead goal. Just like that, the game was ignited

York United striker Osaze De Rosario – who’s father Dwayne was watching from the stands – would do well to draw a penalty in the 62nd minute, with the young striker converting the set piece to bag his third straight goal in just as many games. That brings him level with Alejandro Diaz and Moses Dyer in the early stage of the golden boot race, and it also brought York United level at home.

The next goal was a sheer sequence of chaos: a long ball by Nathan Ingham was contested for but not dealt with well by either side, but then Diyaeddine Abzi fired a horrendously misplaced pass behind his own defensive line. Ottawa’s Ballou Table got to it first, firing the visitors in front for his first goal in red-and-white.

With York United chasing the game, substitute Cedric Toussaint would recieve some unexpected marching orders after Chris Mannella slid into the midfielder in the 91st minute. With the two players entangled, it looks like Toussaint stepped on Manella – and while it looked accidental, referee Filip Dujic gave him a straight red for violent conduct.

With Cedric set to miss three matches as a result, York United has confirmed that they will be appealing the decision.

Now one man down and chasing the game at home, the Nine Stripes earned themselves a set piece following a throw-in that Ottawa gaffer Carlos Gonzalez is adamant should have been theirs. Verhoeven proceeded to send in a low ball that would find Zator, with the centre-back firing in a last-gasp equalizer for the hosts. Pandemonium ensued.

The match would finish 2-2, with both sides sharing a point apiece in what was a truly phenomenal second half for the neutral. Those Friday nights under the lights at York Lions Stadium are really delivering.

Wanderers Grounds got its first taste of CPL action this year, though the start isn’t how the home team imagined it: Obeng Tabi conceded his second penalty in just as many games, bringing down Cairo Koore in the box with York United loanee Julian Ulbricht stepping up for the set piece. The striker sent Christian Oxner the wrong way, putting the underdog visitors ahead in the game’s opening stage.

The Wanderers would push back hard, and Tabi made some reconciliations after floating in a cross that was fumbled by Terique Mohammed. Cory Bent was there to wrap it up, and while it may not have been the prettiest goal they all count the same – the hosts were level after 16 minutes played, and Wanderers Grounds was rocking.

Momentum continued to shift in the home team’s favour as the match progressed, especially with the Eddies fielding some tired legs after their midweek match. The Halifax breakthrough came after Pierre Lamothe pinged a spectacular long ball to Fernandez, who headed the ball into the middle for Salter to finish.

Given that Salter was the team’s top goalscorer behind Morelli last season, Halifax fans will be happy to see him get off the mark during Joao’s absence this year.

Full-back Fernandez would also play a big role in Halifax’s late game insurance goal, drawing a penalty after colliding with Eddies goalkeeper Andreas Vaikla. Akeem Garcia stepped up to take this one, sending Vaikla the wrong way to bag his first of the season, too.

It was a big home opening win for Halifax and the conclusion of a busy seven day window for FC Edmonton, who weren’t pleased with how the league scheduled over 12,000km of travel for them within that stretch.

After opening the season with three straight away games, Winnipeg’s Valour FC was set for a long-awaited home opener at IG Field. Unfortunately, the match had to be postponed due to the league’s COVID protocols after multiple Valour players and staff tested positive. With a replacement fixture set to be confirmed, Valour’s ‘new’ home opener will be against the Halifax Wanderers next week

We know that CPL teams are big on home form right now, and Cavalry duly delivered at the ATCO Field home opener: barely over a minute into the match, in-form attacker Ali Musse finished off a good sequence of play to put the hosts in front.

Like we saw in the goal above, the match would be marked by plenty of uncharacteristic mistakes from the visiting Tridents: balls sent out of play and errors both forced and unforced were the name of the game as Cavalry kept up the pressure with a home crowd at their back. Things went from bad to worse for Pacific in the 36th minute, with Jean-Aniel Assi nabbing the ball from Mavila, with Joe Mason providing a scintillating finish from distance to put the hosts up 2-0.

While Pacific built up a bit of momentum in the late stage of the game, it was too little and too late: Cavalry had secured a big 2-0 home win against the reigning champions. It was a bit of poetic justice from the last time the two teams met here: Cavalry’s goals, particularly the first, were made from not giving up on a play – something that ended their playoff run here back in November.

The match also marked the first return of Marco Carducci following his diagnosis and surgery for testicular cancer, and his reaction at the final whistle was worth its weight in gold.

This Friday is derby night for the league: the fifth round of CPL action opens with York United hosting the first 905 Derby of the season against a Forge FC side that had an unexpected week of rest, following which FC Edmonton will host the Al Classico against a Cavalry FC side that it has yet to beat.

Saturday will see another double-header as Valour FC looks set for a belated home opener against the Halifax Wanderers, after which Atletico Ottawa will host Pacific. There won’t be any Sunday games, giving teams an extra day of rest before the preliminary round of the Canadian Championship takes place next week.