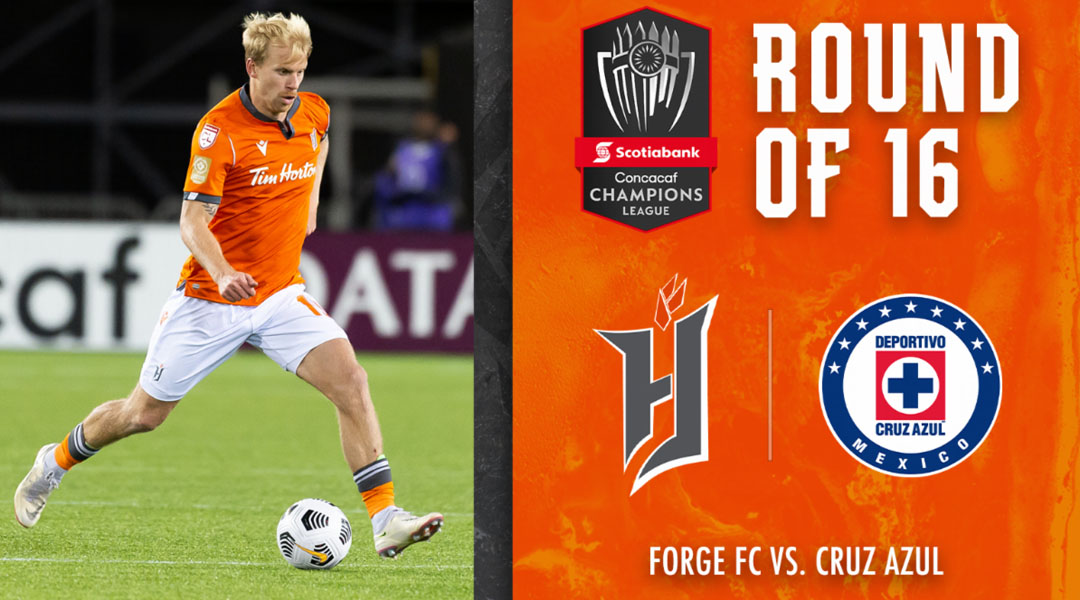 Dios mio: Forge FC will be in for a trip to the Azteca in two month’s time.

The two-time Canadian Premier League champions have drawn Liga MX giants Cruz Azul in the Concacaf Champions League Round of 16, which will take place between February 15-24.

The Hamilton-based side had qualified for the premier continental competition after besting Costa Rican outlet Santos de Guapiles in the 2021 Concacaf League quarter-finals before going in to lose against FC Motagua in the semi-final stage.

Forge FC will host the first leg against Cruz Azul at Tim Hortons Field between February 15-17, with the second leg set to take place at the world-renowned Estadio Azteca between February 22-24.

The two-time CPL champions are undefeated in continental action at Tim Hortons Field, though six-time Champions League winner Cruz Azul will offer Forge its biggest-ever test, which will coincidentally see the hammers play on one of the world’s biggest stages.

La Maquina are no stranger to Canadian competition either, having knocked Toronto FC out of the competition earlier this year.

Head coach Bobby Smyrniotis will have it all to do, though first and foremost the club boss will need to finalize his roster ahead of an early start to the season. The two-time CPL champions have yet to release any roster updates, and is typically one of the slower sides to make such announcements.

Having won two of three consecutive CPL Finals, however, Bobby’s roster building talents go without question. That being said, the side will be labelled supreme underdogs for this fixture.

Should Forge FC pull off a shock result, the club would advance to the quarter-final stage set for early-to-mid March, which would fall right when most CPL sides will be undergoing preseason ahead of the league’s fourth year.

While Forge added another ‘forever first’ to its list in qualifying for the Champions League, it won’t be the only CPL side in continental action next year: domestic league winners Pacific FC will be in the Concacaf League for the first time.