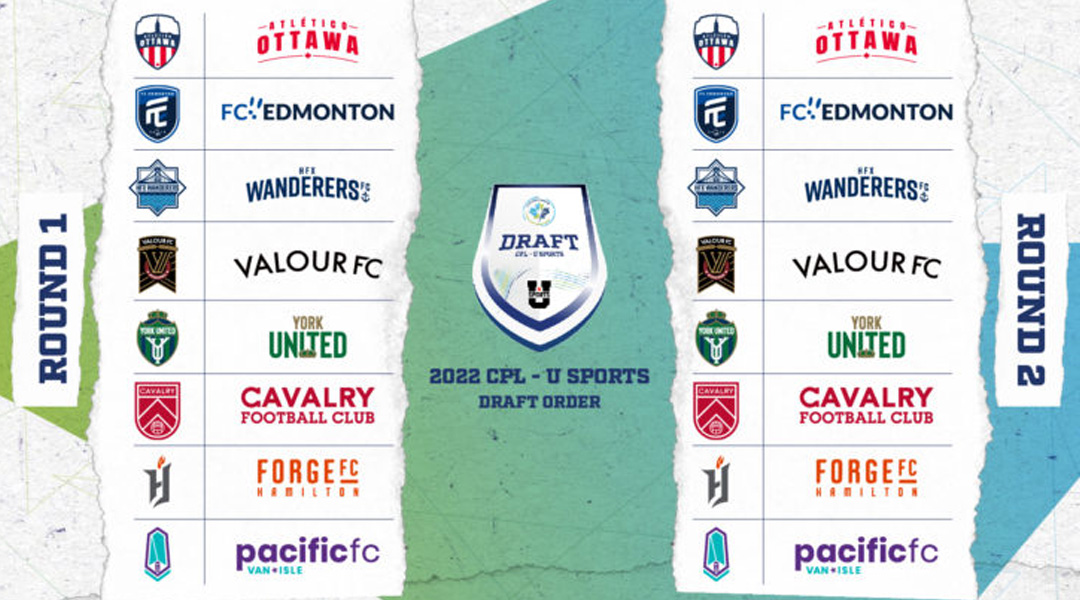 The Canadian Premier League has announced that the 2022 CPL-U SPORTS Draft will be held on Thursday, January 20, and a new draft order process is on the menu.

This year’s edition of the CPL- SPORTS Draft will consist of two rounds with each team getting a single pick in each round. The draft order for clubs are based on their standings from 2021, and cannot be traded.

The full list of draft-eligible athletes will be published by the league tomorrow at 12:00PM. All sixteen of the drafted athletes will be invited to trial with their respective side, though there’s no contract guarantee that comes with a draft selection.

The biggest change-up here is the removal of the snake draft system that had previously been a league mainstay. This will have a significant impact on the second round, providing further advantage to lower-placed teams as opposed to CPL Finalists like Pacific and Forge.

Having finished dead last in 2021, Atletico Ottawa will now get the first pick of each round. The expansion side selected Cristopher Malekos and Reggie Laryea in its inaugural draft last season, but thus far has yet to sign any draft selections. Who will succeed Mista in head coach duties remains yet to be seen, too.

The CPL-U SPORTS Draft allows for student-athletes to gain professional experience with a Canadian Premier League club without losing their eligibility for U SPORTS competition. Last year’s draft saw the likes of Stefan Karajovanovic and Garven Metusala turn those U SPORTS opportunities into fully-fledged professional contracts, too.

International players selected through this system will not occupy an international roster spot should they sign a U SPORTS Player Contract with a CPL team following the draft.

The league had introduced a new rule for the 2021 CPL-U SPORTS that allowed clubs to retain players they had selected in a previous draft on developmental deal in the subsequent yet, which negates the need for clubs to draft players repeatedly each year.

With the full list of eligible athletes set to be revealed tomorrow, it’ll be interesting to see who all is up for selection within CPL circles.