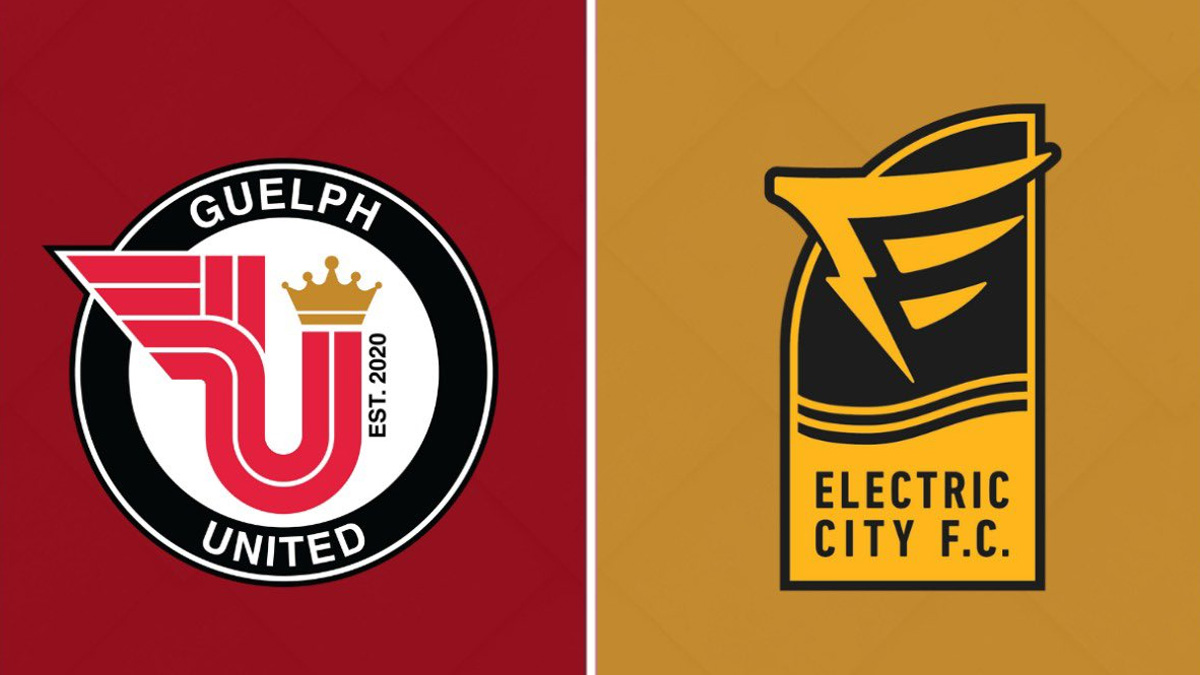 Last season saw Guelph United kick off the club’s existence with a bang, demolishing its competition en route to a title win to cap off its inaugural campaign. 165 days later, the club will begin its second-ever season with the aim of stopping Peterborough’s Electric City FC from following in its footsteps.

Tonight will see Guelph’s Alumni Stadium host the first match of the 2022 League1 Ontario season, where the visitors aren’t the only new team on the block: the growth of the pro-am circuit also sees Barrie’s Simcoe County Rovers join the fray, along with Burlington SC and the revival of the previously dormant Pickering FC, too.

Fans interested in tuning in to tonight’s season opener can watch the livestream here at 7:30PM EST.

There’s expected to be some fireworks on the pitch at Alumni Stadium tonight, so here’s what to watch out for:

The visitors may be the new kids on the block, but their roster packs a lot of professional experience: the side managed to land USL winger Zach Ellis-Hayden for it’s inaugural signing, complimenting the fast-footed attacker with former CPL talents like Jordan Webb, Jordan Brown, Luke Green, and Quillan Roberts. With experienced Welshman Jamie Sherwood at the helm, Electric City FC look destined to be league heavyweights.

The club has aspirations to hoist itself up to the professional level in the near future, with a solid ownership group already putting plans in place to build a soccer-specific stadium for Electric City FC to call home. While Guelph United remain the team to beat, we expect sparks to fly as Electric City FC flexes its own comparative muscle.

Alumni Stadium has been a fortress for the reigning champions: they scored 22 goals in just six matches there last season, winning all but one of them while conceding just nine goals. Make no mistake: this is a team that enjoys giving the home fans plenty of cause to celebrate, and they’re accustomed to getting it done.

The roster that took League1 Ontario by storm last year has been largely retained: former CPL talents Jace Kotsopoulos and Tomasz Skublak are back after contributing 29 goals between them last season, with the likes of Alexander Zis and Amardo Oakley also set to return, amongst others.

The biggest absence for the side will certainly be Svyatik Artemenko, who played hero as the club reached the final last year through a spot kick playoff win against Master’s FA. He’s presently defending Ukraine from the invasion of Russia, with the club bringing in former FC London goalkeeper Sam Spoelstra in his stead. They’ve also added former Forge man Marcel Zajac, along with the likes of Mark Maletic, Own Sheppard, and Ted Lesi.

Lightly-used left-back Colin Gander has also lifted himself to professional heights, signing a deal with the Halifax Wanderers last month. Still, head coach Keith Mason will lead a talented squad that will carry high expectations into each and every match.

For those thinking that no Peterborough fans will brave a two-plus hour trip to Guelph on a Thursday night, think again: the club had to add a second bus for its away supporters, with Electric City FC fans evidently quite keen to support the travelling squad through their first men’s league match.

The home supporters will be dressed for the part, with the first 200 fans arriving set to receive a free championship t-shirt. With a home crowd advantage, Guelph United’s Alumni Stadium hopes to be rocking. It’s also worth noting that $2 from every ticket sold for the game will be donated to the Ukraine Red Cross relief fund – our hats are off to Guelph United for the classy gesture.

The 2022 League1 Ontario season will run from April to August, with each of the twenty-two teams set to play 21 regular season matches over an 18 week spring-to-summer period. A new playoff format will see the top six teams whittle selection down to a final two, with the League1 Ontario Championship Final taking place on Saturday, September 3rd at the Ontario Soccer Centre.

As the reigning L1O champion, Guelph United will also host the Halifax Wanderers in the Canadian Championship this May.