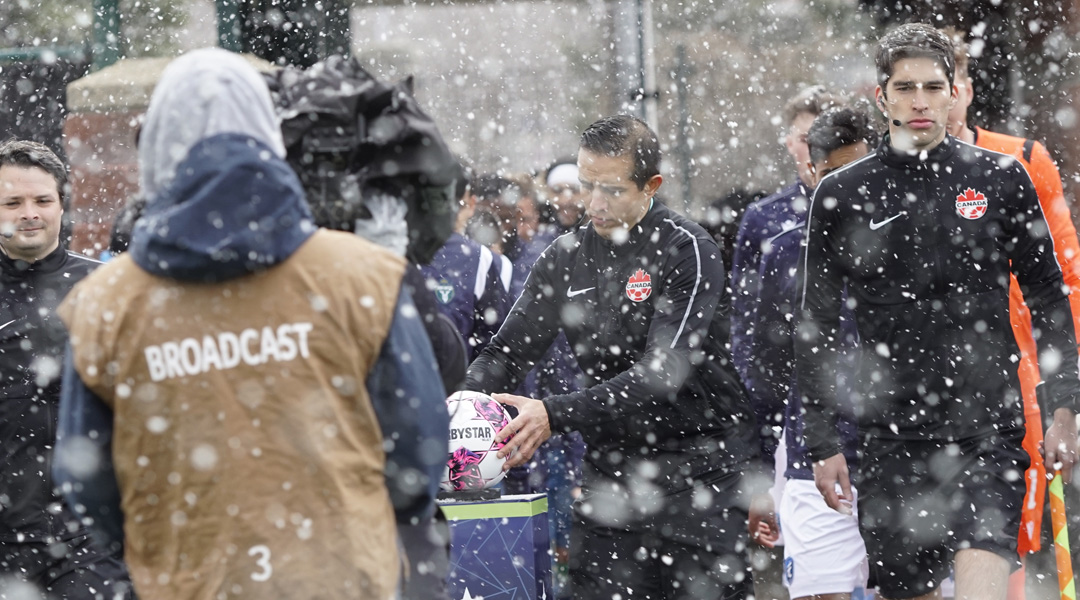 If the Christmas downtime led you to our website, thanks for stopping by. We’re taking the day off today too, but we still wanted to share a seasonally-appropriate list of sweet, sweet Canadian Premier League content.

The 2023 CPL season is shaping up to be a great one, so we wanted to examine what’s the highest item on each club’s wishlist right now. Without further ado, here’s a Christmas wish for each CPL club:

Atletico Ottawa: To Show Consistency In The Capital

This year saw Atletico Ottawa rise from worst-to-first, a remarkable achievement given that new coach Carlos Gonzalez had a very fresh roster to work with. It proved to be an iron solid build, with the club finishing as regular season champions before bowing out in a hometown CPL final packed with 15,000 fans.

Atletico Ottawa, for lack of more explanative words, turned up. And the city turned up with it. Now that they’ve proven that they can top the league and bring big-time growth to the city’s soccer culture, it’s all about consistency with the mental and physical resolve to prove that this year wasn’t a one-off.

Several coaches have said it in regards to players: it’s one thing to have a great year, but it’s another to follow up and do it again. Atletico Ottawa will hope to do so, and an early Christmas gift via Diego Espejo‘s unexpected return is a great start.

Cavalry always seem like an absolute lock to reach playoffs, but the postseason hasn’t been kind to the Alberta-based side: bested by Forge in the inaugural CPL Finals, they’ve yet to reach the final stage again despite qualifying for the postseason in each consecutive year.

The side bowed out in the playoff group stage at The Island Games, had an infamous lack of concentration oust them in 2021, and bowed out to league rivals Forge this year. While it’s nice that the two-time regular season champions will now be more formally recognized for that, it’s the North Star Shield that’ll be on the top of their Christmas wishlist.

Forge: To Keep Its Roster, Again

As we approach the league’s fifth season, most clubs have few or no club originals remaining. Forge is the exception.

The 2022 CPL campaign saw the Forge off with ten club originals, which is by far the most in the league. It’s even more remarkable when you consider that the club has reached every single CPL Final (winning three of them), making league history in both the Concacaf League and Concacaf Champions League, and playing in Canadian Championship Final.

There’s no doubt the player values at Forge have enjoyed a nice rise from their performances – but somehow, Bobby and the Forge front office have kept most of them coming back. As we enter a new offseason, that’ll be a top wish once again.

With Halifax having gone through back-to-back seasons where they scored less than any other team in the league – and that includes one comprised mostly of loaned players last year – it’s no secret that Halifax wants: it wants goals.

That’s a wish that looks to be shaping up nicely under new head coach Patrice Gheisar, who has proven that his fluid attacking philosophy can deliver them in abundance in League1 Ontario. Now he’s got to bring that up to the professional level, but with the likes of Joao Morelli coming back amidst some intriguing roster turnover, it’s looking like the potential of a strong rebuild is there.

…and we know what happened the last time Halifax underwent a full-scale rebuild, too. (it’s a surprise appearance in the CPL Final).

Pacific FC: To Bring It For The Isle

Pacific fans have been, understandably, a little rattled by their new neighbour Vancouver FC: the club is backed by the same owners, with the first steps of its inaugural roster build were to scoop up Pacific’s starting goalkeeper and their goalkeeper coach, too.

In the CPL, however, the west coast is Tridents territory. In 2021 they brought the isle its first national sports championship since the sixties, and then made more history for it by entering continental competition this year.

Now that there’s a new CPL presence on the mainland, there’ll be a key marker on Pacific’s wishlist: beat Vancouver FC at every opportunity, and keep the status quo in the Isle’s favour.

York United: To Have A Healthy Season

Nobody in the league suffered injuries this year like York United did. It was a sight to behold, with some matches seeing York United filling all but one of its bench with League1 Ontario and emergency youth fill-ins, with players forced out of their natural positions to fill the gaps.

The Nine Stripes saw about fifty players join the roster at one point or another throughout the season, with a 15-year-old goalkeeper nearly making his debut. The core roster is incredibly strong on paper (for those remaining), but York needs a stretch of good health to hit its full potential.

If Valour FC were the humans from Avatar, playoffs would be their Unobtanium – or something like that. We don’t know. It’s Christmas, cut us some slack.

The Winnipeg-based side has consistently been agonizingly close to reaching postseason, coming three points away in 2020, one point away in 2021, and by one spot away in 2022, albeit more distantly by points this year.

The club has put out some great performances on the pitch, but lacked a bit of the consistency – or capitalization on the lack of others’ consistency – to crack an elusive playoff spot. It’s what Valour Captain Daryl Fordyce delayed his retirement for this year, but to no avail.

Valour’s next season can only be a success if they crack a top four spot. Anything less will be a failure, and Dos Santos already has some big departures to replace. His holidays will be busy!

New club on the block Vancouver FC has opened strongly: the recruitment of head coach Afshin Ghotbi is a coup for this level, with inaugural signings Callum Irving and Elliot Simmons laying down a strong foundation.

Ghotbi made it clear that he wants his side to challenge for playoffs in year one, with a North Star Shield being collected by the end of year two. Those are lofty ambitions for an expansion side, but as Ghotbi puts it, those ambitions are how he and club CEO Rob Friend have had the careers they have had.

What happens next remains to be seen, but the club may as well go for it.

The Canadian Premier League’s fifth-ever season is bound to be a great one, with the level of play, competition, and professionalism growing each and every year. The players’ stockings will hopefully be a little fuller now that the salary cap is going up, too.

Like everyone else, we wish FC Edmonton was here to see it.

We hope you have a wonderful holiday! From all of us at Northern Tribune, Merry Christmas – or whatever you celebrate!