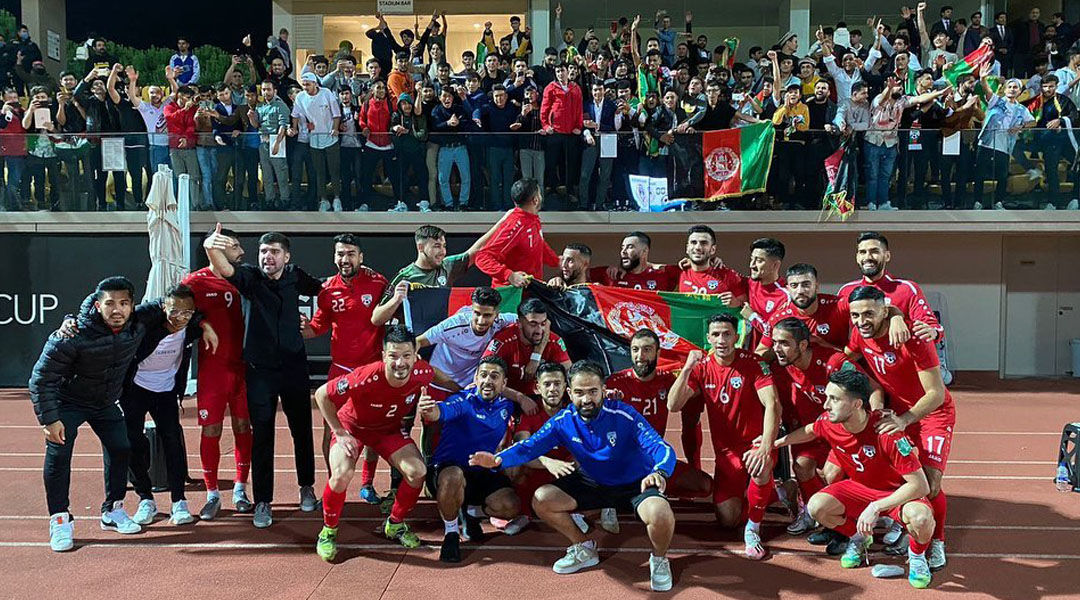 FC Edmonton midfielder Adam Najem completed a 77 minute shift for the Afghanistan national team in a friendly against Indonesia today, marking the country’s first international match since the Taliban takeover.

The Kabul-based match saw Afghanistan complete a 1-0 win over its the Southeast Asian visitors, with a late goal from substitute Omid Popalzay making the difference between the teams.

26-year-old midfielder Adam Najem arrived as a midseason addition for FC Edmonton, signing a deal that only ran until the end of the season. As such, it remains to be seen if the Afghanistan international will return to Clarke Stadium for the 2022 CPL season.

Today’s international match marks Najem’s fourteenth cap for Afghanistan, for whom the New Jersey-born midfielder is eligible with through his father. His last appearance had come against India in a summertime World Cup Qualifier which ended in a draw.

That second round of AFC World Cup Qualifying saw Najem’s nation finish fourth out of five teams in its group, with the squad missing out on qualification and instead getting seeded into the third qualifying round of the Asian Cup.

Najem developed in the PDL with the New York Red Bulls U-23 and the Michigan bucks, winning championship with the latter in 2016. The University of Akron graduate then signed with the Philadelphia Union the following year, making five appearances for the MLS side and spending time on loan in the USL with the Bethlehem Steel. He then played for Memphis 901, Wigry Suwalki, and the Tampa Bay Rowdies before arriving to the Eddies in August.

With FC Edmonton having finished second-last in the league, there’s bound to be a lot of roster changes for the side as it now looks towards its fourth-ever Canadian Premier League season. Najem appeared a strong addition to the team, though it remains unclear if the primarily US-based midfielder will return.