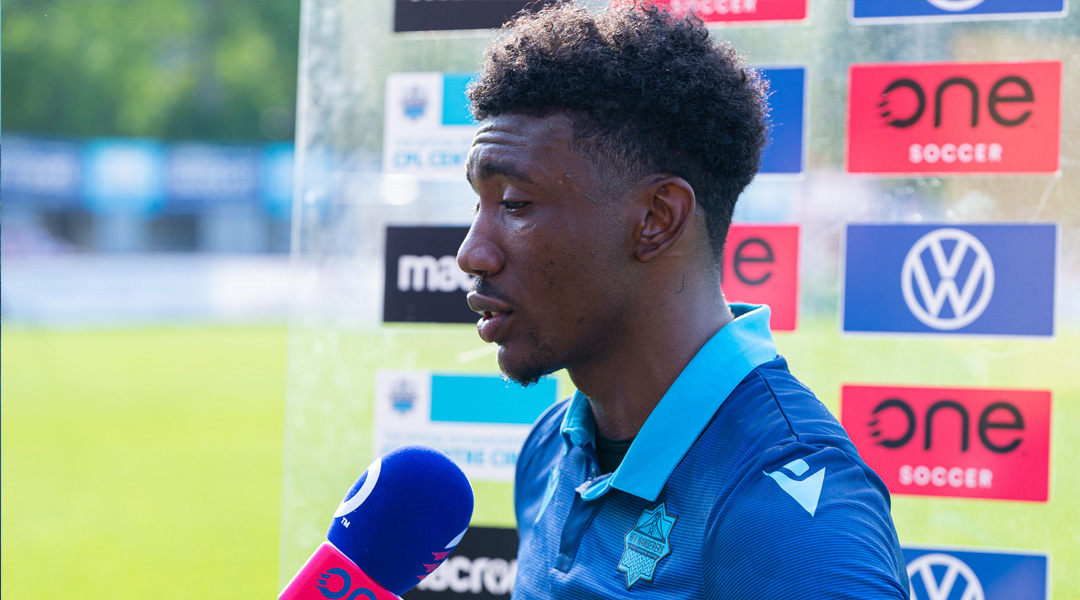 23-year-old Halifax Wanderers forward Akeem Garcia has been called up for Trinidad and Tobago ahead of the country’s Nations League match against Honduras on October 10 and a friendly against Venezuela set to take place four days afterwards.

The Arima-born player last appeared for the Soca Warriors in 2015, back when he was still playing in his home country for W Connection FC. With Garcia now wrapping up a successful inaugural Canadian Premier League campaign that sees him as the top Halifax Wanderers goalscorer with seven regular season goals, he’s evidently done enough for Trinidad and Tobago manager Dennis Lawrence to take a chance on the forward.

It’s always a good feeling and exciting to represent your country so it’s really nice and I cherish it and go out and do what I have to do. My family is going to be really proud and happy for me. […] Being able to play at a higher level abroad in the CPL, it helps a lot. This is everything to do with Halifax Wanderers. I have to thank coach Stephen Hart and and coach Derek King for the opportunity. This is happening because I am playing well for Halifax.

Garcia becomes the fourth Canadian Premier League player to get a call-up to a national camp with Trinidad and Tobago: Kareem Moses and Jan-Michael Williams were called up ahead of the 2019 Gold Cup (though they didn’t ultimately make the team), while York9 FC’s Ryan Telfer recently made his debut for the Soca Warriors after a Canadian call-up failed to come to fruition.


If he does make the squad, Garcia won’t be the first Halifax Wanderers player to play internationally while plying his trade in the Canadian Premier League: earlier this year, 19-year-old Abd-El-Aziz Yousef was called up to Somalia and made his debut in the country’s shock 1-0 win over Zimbabwe.

Prior to departing to join the Soca Warriors, Akeem will feature in the club’s away trip against tough opponents Cavalry FC. The east coast club has struggled to secure results away from home, and has yet to claw itself an away win after twelve attempts throughout the regular season – though an Akeem Garcia goal helped the club to one of its two away Canadian Championship wins.


The international call-up means that Garcia will miss the club’s last home match of the season, the final coast-to-coast clash of 2019 against Pacific FC – though he’ll be back to see out the inaugural Wanderers’ season against York9 FC on October 19, where he will play against fellow Trinidad and Tobago international Ryan Telfer.

All 2020 CPL Season Ticket Memberships To Include OneSoccer Subscription