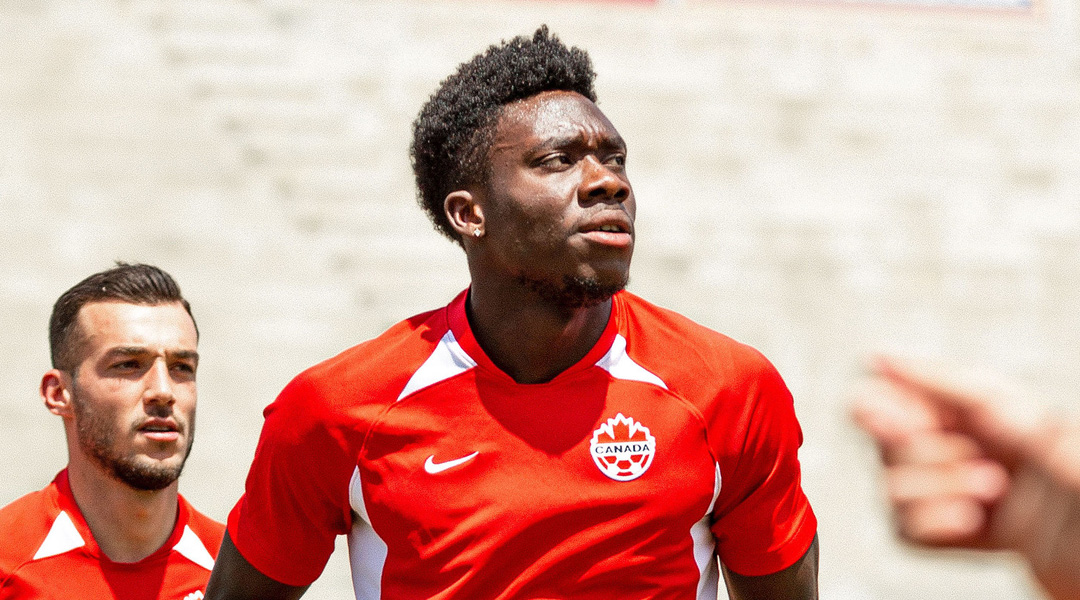 Though Bayern Munich would fall to Tottenham Hotspur on penalties after a 2-2 draw in the pre-season Audi Cup tournament, it was a match to remember for 18-year-old Canadian international Alphonso Davies.

The Bayern Munich left winger started the game as a full-back on the left flank. After his side fell down two goals, Davies transitioned into an attacking winger role, where he racked up an an assist after a flicked pass found German youngster Jann-Fiete Arp, who pulled Die Roten within a goal of tying the match in the 61st minute.

With only nine minutes left on the clock, Davies collected the ball after making a darting run into the middle of the pitch, made space for himself, and fired home a beautiful right-footed curler into the back of the net from outside of the box.

While Davies claims his right foot is his weaker foot, the youngster has proven quite prolific with both. Combined with his positional versatility, he’s evidently got a lot of tools in his toolbox.

Since joining the German giants in January for an MLS record fee, Davies has gone on to make six appearances for Bayern Munich. When head coach Niko Kovač dropped Davies down to the club’s reserve side, Davies didn’t complain: he kept his head down, put in good shifts, and was called back tothe the main squad.


With both Franck Ribery and Arjen Robben having retired at the end of last season, it’ll be interesting to see how Kovač deploys Davies in the 2019-2020 season. He still faces fierce competition on the left flank in the form of Kingsley Coman, suggesting that the Canadian phenom may be utilized as a full-back, which is the role he started in for Bayern Munich today.

Despite the equalizing goal from Davies – who has a sole Bundesliga goal to his name – Bayern Munich would be denied a win after Tottenham goalkeeper Paulo Gazzaniga stopped Jerome Boateng’s penalty kick in the ensuing shootout.

Davies only had a short break in the summer months, as he was with the Canada squad that made it to the quarter-finals of the 2019 Gold Cup before suffering a 3-2 loss to Haiti. Though he had returned home afterwards, he cut his vacation short in order to join Bayern Munich for its preseason tour.


Having been one of Bayern Munich’s better players straight from kickoff, Davies will find himself making a strong case for a starting spot if he can keep his performances consistent. The former Vancouver Whitecaps player is one of Bayern Munich’s youngest first-team players, and combined with the pressures of being Canada’s most-hyped international, it can’t be easy for someone of his age.

Still, he’s handled the pressure amazingly well so far: he’s taking chances when he gets them, and has already added Bundesliga and DFB Pokal medals to his collection. While it’s impossible to predict how the season will go for him, the future is certainly looking bright for the teenage phenom.