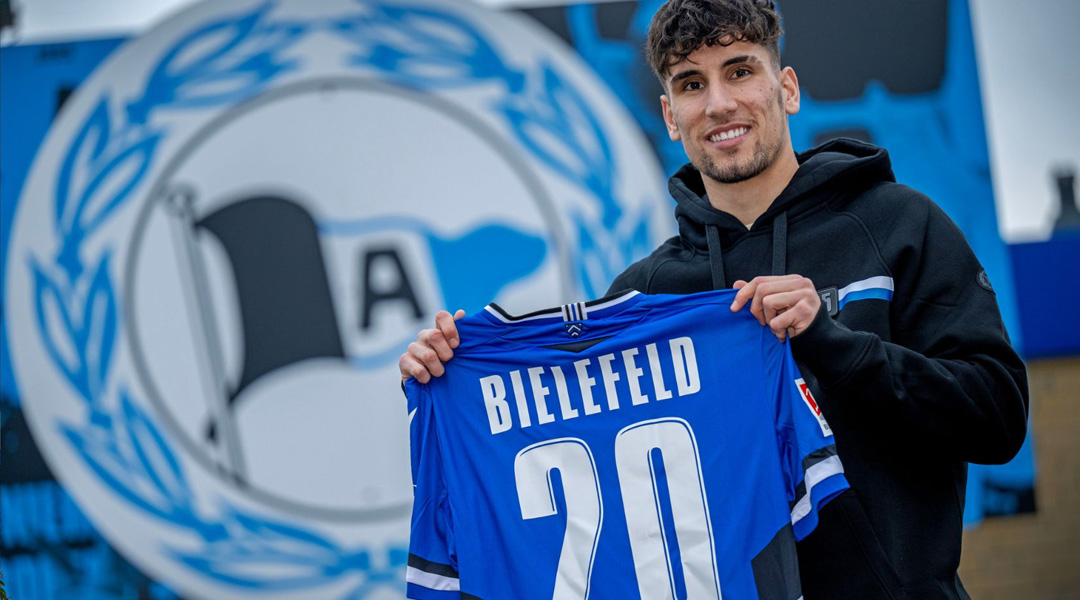 The 20-year-old had been recalled to his parent club after making 18 appearances on loan with English Championship side Blackpool, contributing three goals before being sidelined by ankle injury.

Following what the Wanderers describes as a ‘fruitful’ loan spell with the Tangerines, Corbeanu has now been sent to 2. Bundesliga side Arminia Bielefeld, who are in a similiar position to Blackpool in terms of facing a regelation battle in their country’s second division.

“Theo Corbeanu has convinced us all after we have dealt with him more intensively,” revealed Arminia head coach Daniel Scherning. “We absolutely trust him to bring in his individual quality and to set accents in our team.”

The move will be Corbeanu’s fourth loan spell since inking a first team deal with the Wolves in October 2020. His first loan saw the winger deployed for League One side Sheffield Wednesday before moves to Milton Keynes Dons and Blackpool followed.

“This will be another excellent experience as part of Theo’s development,” said Wolves strategic player marketing manager Matt Jackson. “He’s really keen as a young player to take in as much football experience as he can.”

“He’s now had multiple clubs in two different divisions for us over here and wants to try football on the continent. We really like the fact that he wants to experience as much as possible, learn at every available opportunity and move forward in his professional football career.”

His spell in the 2. Bundesliga show allow Corbeanu to continue collecting minutes at a high-level as the young Canadian international’s development continues.

“I am attracted by the challenge of proving myself here at Arminia Bielefeld. Our talks immediately gave me the feeling that I was taking the right step. That’s why it’s cool that it’s starting now,” added Theo Corbeanu himself.

His new side described him as a player who had turned heads at a number of different clubs, with the German side eager to add him as another offensive option. He will join the team for his first training session this afternoon.

Corbeanu made his international debut against Bermuda in 2021, and has now contributed two goals in seven caps in all. The Wolverhampton prospect didn’t make the trip to Qatar, but is certainly on track to feature for the national team in the years to come.

He isn’t the only Canadian landing in the German second division this week, with Canada U-17 international Erik Pop looking to have signed with Karlsruher SC.

Mekideche On CPL, MLS, And What’s Next