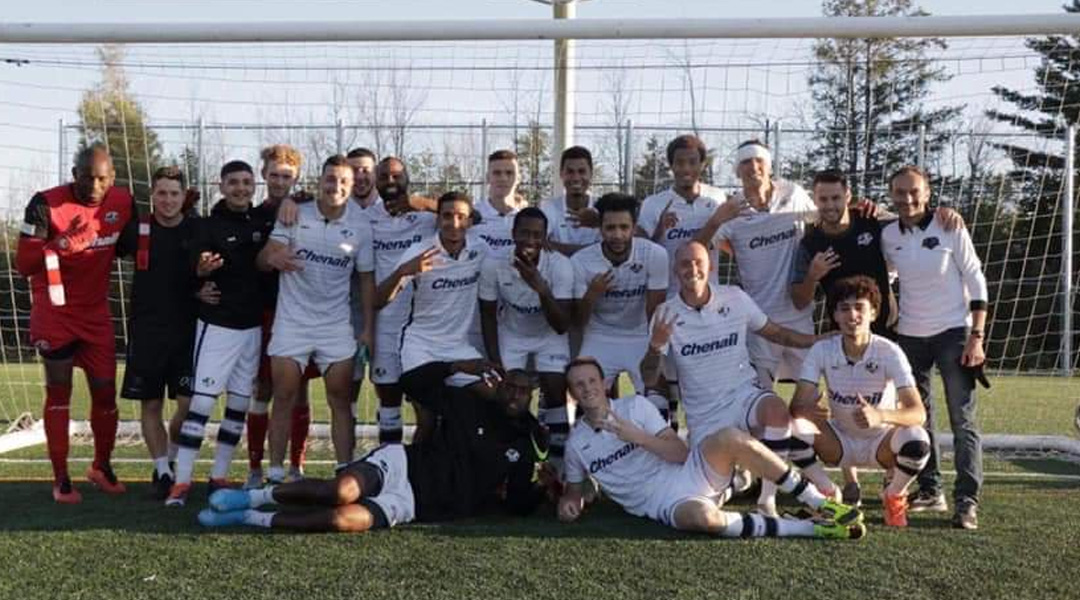 As the final whistle sounded at Parc D’Arcy McGee, it became official: reigning Premiere Ligue de soccer du Quebec champions AS Blainville had retained their title with a 2-0 win over FC Gatineau.

This means that the Montreal-based club has secured its entry to the Canadian Championship for the third straight year. The club fell to the Ottawa Fury in 2018, and nearly forced Canadian Premier League side York9 FC to penalties in the expanded 2019 edition of the tournament.


Goals from former Montreal Impact player Wandrille Lefevre and striker Maxime Leconte secured the title, with AS Blainville finishing on an impressive 37 points. Even though CS Mont-Royal Outremont could finish level on points with a win tonight, AS Blainville automatically tops the table on tie-breakers.

The club finished the season with 11 wins, 4 draws, and only one loss. It finished with an impressive goal difference of +31 after 16 games played, with Laval-born forward Pierre Rudolph Mayard contributing eleven goals throughout the season.


After impressing from start to finish in the 2019 PLSQ season, it’ll be interesting to see if any Canadian Premier League clubs come calling for AS Blainville players. Prior to the CPL’s inaugural season, York9 FC was the only club to dip into the PLSQ with the acquisition of Diyaeddine Abzi, though a few months later Valour FC would also acquire Yohan Le Bourhis from AS Blainville shortly after he arrived to the PLSQ club from the Montreal Impact.

With AS Blainville retaining its crown in the PLSQ, the club has shown it can consistently perform at the semi-pro level. While a few comments of ‘Join the CPL’ have been posted in the clubs social media circles, it looks like the domestic professional league will be arriving to the province of Quebec in the form of Alex Bunbury’s Montreal-based expansion club, along with a rumoured Quebec City CPL expansion club.