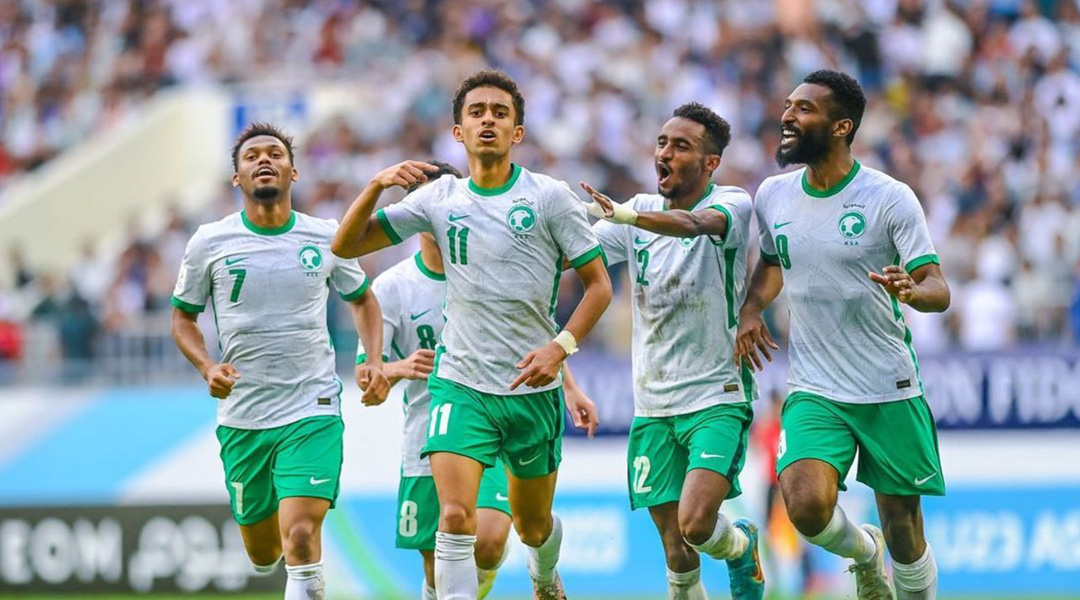 He may be half a world away from Vancouver Island, but former Pacific FC midfielder Ahmed Al-Ghamdi is still making waves.

The 20-year-old just scored the game-winning goal of the 2022 AFC Asian U-23 Cup, opening up the scoring for Saudi Arabia in a 2-0 win over Uzbekistan today.

Al-Ghamdi had grown into the tournament, starting off with a few small late game substitute appearances in the opening stages before earning a full start in the semi-final and featuring for most of today’s cup final. Taking possession at the edge of the box, he scored an audacious left-footed effort after surpassing two defenders to launch the ball into the top corner, giving his side a lead they’d only grow as the second half progressed.

The match marked the first time the youth side of the Green Falcons have hoisted the trophy, though they reached the final in 2013 and 2022 respectively.

“I’m very happy to win such a trophy for the first time for Saudi Arabia,” said the youngster after the match. “It’s a team effort, all 23 of us worked together, worked as hard as we can, and we did it as one group.”

Ahmed Al-Ghamdi was part of a young-leaning Pacific FC squad that took part in the inaugural Canadian Premier League season. Having just graduated highschool, the then-17-year-old went on to make nine appearances and score one goal for the Tridents before venturing forth to Saudi Arabia.

He was already on the international team’s radar by the time he signed with Ettifaq FC, for whom he’s been a fringe player over the past three years. Having now found a highlight note with the Saudi Arabia U-23 team, it’ll be interesting to see if Al-Ghamdi can catapult himself into more first team action with his Saudi Professional League side.