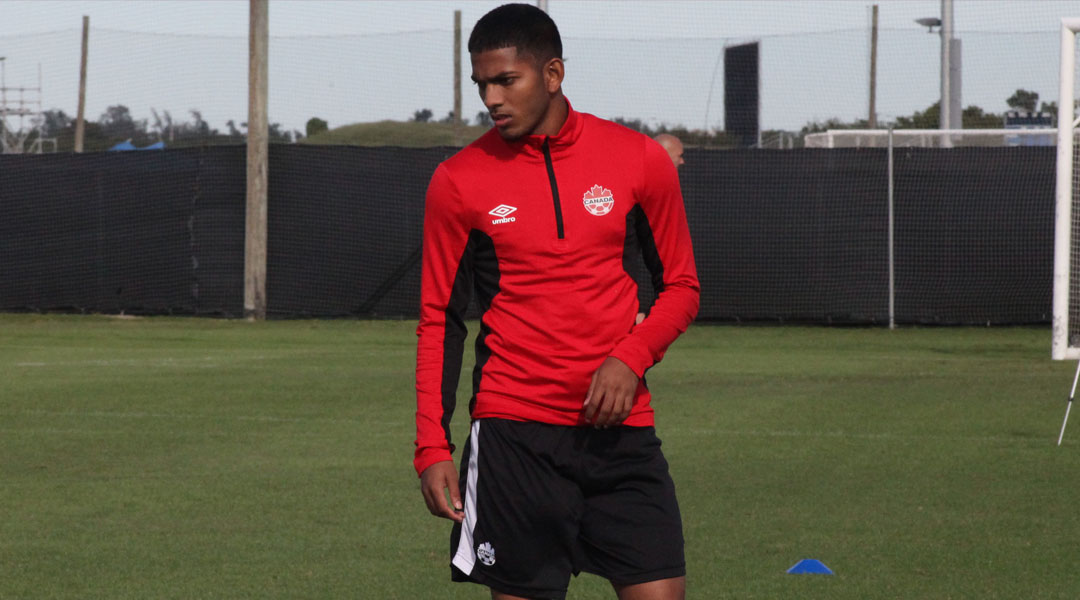 The 21-year-old Canadian was quietly picked up by top flight Irish side Dundalk FC in the last few days after having been released by Toronto FC II in December. While Dundalk didn’t make any signing announcement, second division Irish side Athlone Town AFC confirmed that they have taken him on loan from the League of Ireland Premier Division side for the upcoming season.

Mohammed joined the Toronto FC Academy system in 2016, crediting academy coach Danny Dichio for helping the youngster develop both on and off the pitch. Progressing through the ranks from Toronto FC III to Toronto FC II, he signed a professional contract with the side in late 2018 and featured regularly under head coach Michael Rabasca, scoring two goals across 20 appearances.

Last year saw the defender secure a loan more to FC Edmonton for the Canadian Premier League’s short season bubble tournament, where the Eddies ultimately went winless after seven matches. Terique featured in five of them, collecting a red card in the Al Classico derby but also contributing a fine assist against Valour FC upon his return from suspension.

The former Toronto FC II youngster will now need to prove that he can consistently perform across a longer season, with his arrival to Ireland representing his first time playing club football overseas.

All-told, Terique will need to put in some good shifts to return to the youth national team’s radar: While the left-back was listed to the original provisional roster for the 2020 Concacaf Men’s Olympic Qualifying Championship, the COVID-19 pushed the tournament back a full year. He was not included in the new provisional roster released last week.

Athlone Town AFC’s preseason began last week with back-to-back losses to Shamrock Rovers and Sligo Rovers. With three more friendlies set for early March, Mohammed will have little time to force himself into the squad ahead of the club’s kickoff against University College Dublin AFC on March 26.

The length or financial terms of Terique’s contract with Dundalk FC were not disclosed by the side. With several other players having been released by Toronto FC II at the tail end of 2020 (including former Cavalry FC loanee Robert Boskovic), it’ll be interesting to see where some of the other domestic talent lands.