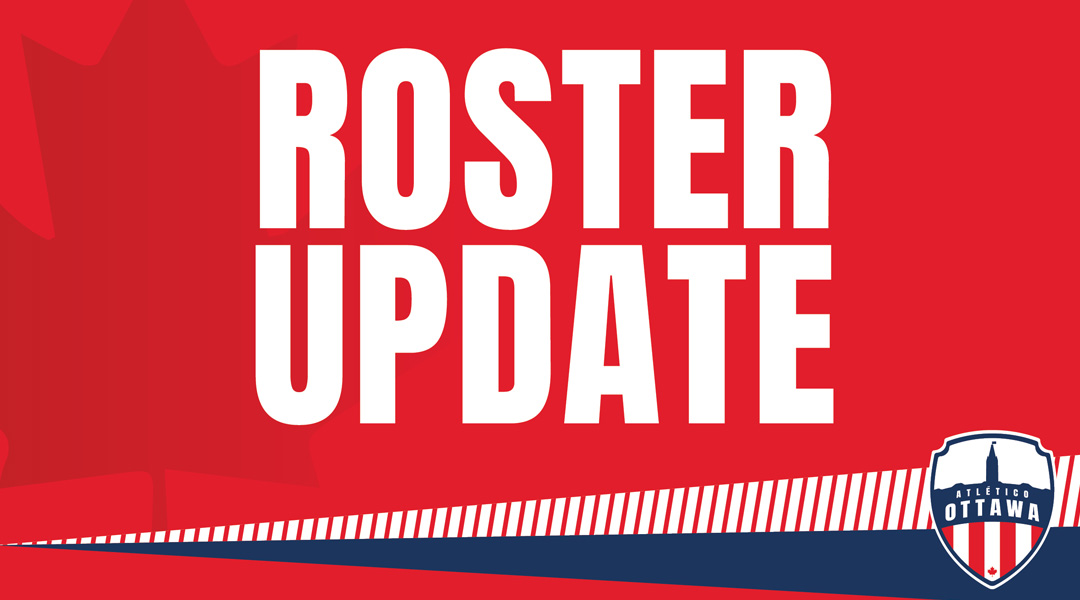 Canadian Premier League expansion side Atletico Ottawa has announced the release of eight players, bringing the total number of players to depart following the club’s inaugural campaign to twelve.

Ajay Khabra had already confirmed his early retirement from the game last week, while the club had previously announced that Maksym Kowal, Ricky Gomes, Malyk Hamilton, and Francisco Acuna had already departed. The latter who have signed with North Carolina FC and Club Necaxa, respectively.

Inaugural club captain Ben Fisk had recently spoken about the difficulties of signing on short-term contracts. With many CPL rosters full, it remains unclear if the fan-favourite midfielder will be remaining in the league.

First and foremost, thank you to the fans and city of Ottawa for your unwavering support in what was a first season full of unprecedented challenges. I’m disappointed I won’t get the chance to play in front of you in person and repay all the support you’ve shown my teammates and I this past year.

Zabal, 34, led the league with 24 saves across his seven appearances for the expansion side. In his parting statement, the iron man told the fans he was very proud to be the first Spaniard to wear the shirt, offering supporters the best of luck in the future.

Kourouma had also appeared in all seven Atletico Ottawa matches, notably scoring the first-ever goal in club history. While no CPL athlete has ever jumped between three sides within the league before, the former Halifax Wanderers man is now surely a contender for such.

Former Eddies midfielder Ajay Khabra had featured in all but one Atletico Ottawa match. Speaking with us last weekend, he confirmed his retirement from professional football after having made thirty appearances between Atletico Ottawa and FC Edmonton.

Having joined alongside League1 Ontario standout Maksym Kowal, former Vaughan Azzurri defender Jarred Phillips departs after making five appearances for the side, playing a total of 292 minutes as a fill-in for Vashon Neufville.

The the last three athletes to depart, Michel Djaozandry is the only one to have collected any game time, with the CS Saint-Hubert youngster appearing for six minutes in a 2-0 loss to eventual champions Forge FC.

Left winger Matteo de Brienne, who had contributed 44 goals in 20 games for Ottawa South United, was unable to translate his prolific form to Atletico Ottawa. The Whitecaps Academy product departs without having yet made his professional debut.

It’s the same story for last-minute addition Horace Sobze Zemo, who was announced as the club’s third choice goalkeeper after having already landed in PEI. It can likely be assumed that Kunle Dada-Luke won’t be returning either, with the Atletico signing having not taking part in The Island Games at all, though he didn’t get a farewell announcement.

The work, effort and commitment all of these players have shown to our organization in a very challenging year is something I can’t ever thank them enough for. Their professionalism, empathy and work ethic will take them anywhere they want. Atlético will always be their family.

Earlier this month, Atletico Ottawa also announced that it had acquired Keesean Ferdinand on loan from CF Montreal. He becomes the club’s second domestic U-21 athlete after Antoine Coupeland.

In terms of potential inbound athletes, there have been longstanding rumours that former Ottawa Fury midfielder Chris Mannella may be joining the side, with both Zach Verhoven and Dylon Powley being potential intra-league additions as well.

The side will also be taking at defenders Christopher Malekos and Reggie Laryea by way of the CPL-U SPORTS Draft.

Atletico Ottawa formally thanked all twelve (potentially thirteen) released players for their contributions across the inaugural Canadian Premier League season. With the side having finished seventh out of eight teams, there’s plenty of room for improvement. Now, the onus is on Atletico Ottawa to bring in the right players to do so.