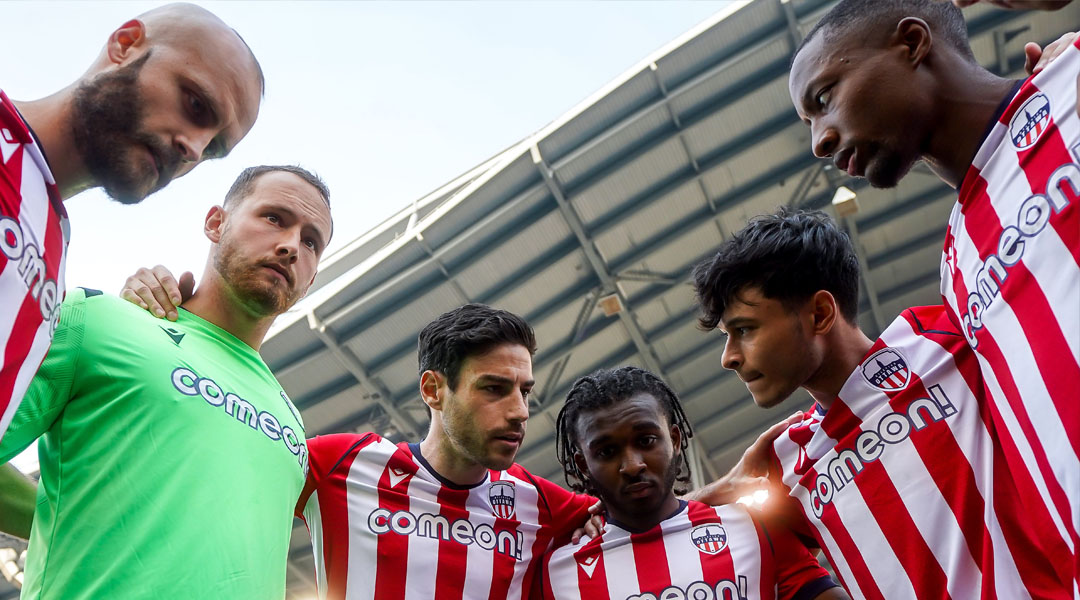 Canadian Premier League side Atletico Ottawa is set to begin its roster rollout in the very near future.

Today, the CPL side teased incoming player announcements through an Instagram story post asking if fans were ready for some ‘huge roster news’ that is set to come next week.

The Ottawa-based side had been tight-lipped on its third-year roster up until now, with only club captain Drew Beckie confirming his return.

With the club using an image of Chris Mannella in the background of the question itself, it’s fair to say that he’s a likely returnee. While social media is no certainty, some other players featured in today’s Trivia Tuesday posts show the likes of Ben McKendry, Malcolm Shaw, Brian Wright, Miguel Acosta, and local youngster Antoine Coupland, who had been trialing in Europe.

Given that Atletico Madrid academy loanee Alberto Soto also showed up in the trivia imagery, however, fans shouldn’t read too much into all of the digital appearances.

Goalkeeper Dylon Powley has already announced his departure from the side, whilst head coach Mista parted ways at the end of the year. His replacement has yet to be named, with Nick Dasovic having been earmarked as a candidate. While veteran winger Jordan Webb is unlikely to return after terminating this year, there are still a lot of unknowns regarding the new season’s roster.

Atletico Ottawa finished dead last in 2021 season, becoming the first side to be eliminated from playoff contention after a tough and mentally trying campaign. While who ultimately returns remains to be seen, there will be clear expectations of on-the-pitch improvement in the club’s third campaign.

With roster news now set to come next week, fans won’t have to wait too much longer to get a good glimpse at Atletico Ottawa’s roster rebuild. Similarly, Forge, Pacific, and FC Edmonton have yet to formally announce any returning athletes.