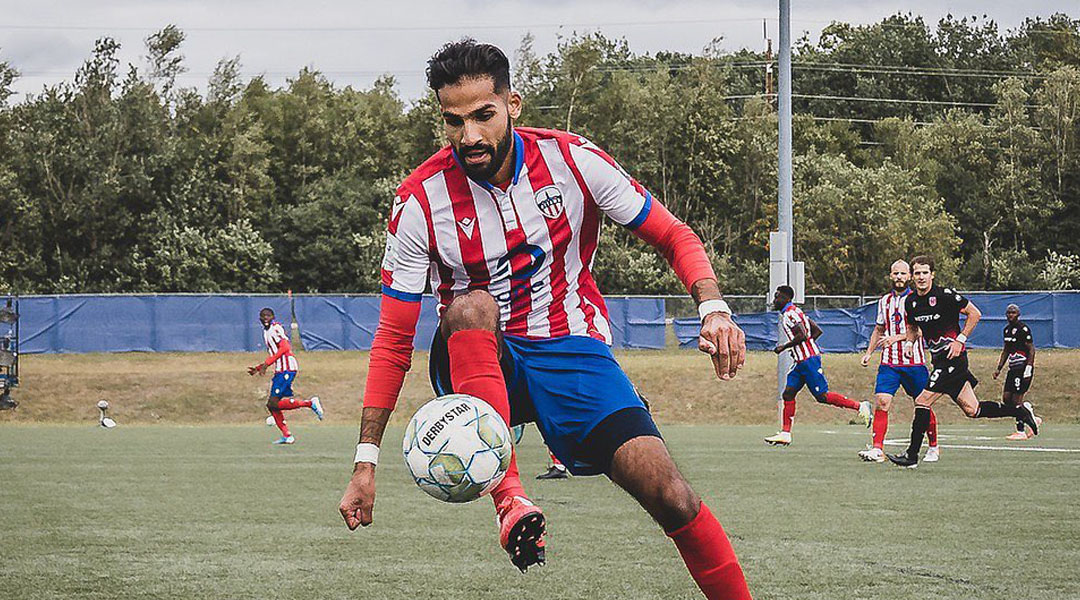 When former Atletico Ottawa and FC Edmonton midfielder Ajay Khabra announced his retirement last month, the University of Alberta graduate made plans to continue his education – though this week confirms he’ll be staying well within the footballing world.

This will be Khabra’s first foray into the professional coaching world, for which he’ll be one of the league’s youngest assistant coaches. He won’t be the only retired CPLer to make the transition, however, with goalkeepers Mark Village and Jan-Michael Williams also having done so ahead of The Island Games.

Filling out our technical team with a person like Ajay is very important for the club. He is a very intelligent person and has the valuable experience of being a player in the CPL. When he retired, we discussed with him what he was looking to do next, coaching came up. We knew that there might be an opportunity for him and luckily for all involved he accepted.

It was only earlier this month that the Canadian Premier League made details of its 2021 Salary Cap public, which could suggest that an increase in coaching budget made room for Khabra’s arrival in a coaching role following his retirement as a player. In any event, it’s good to see the 25-year-old stay in the game.

Khabra had made thirty Canadian Premier League appearances over the last two years, six of which came at The Island Games for Atletico Ottawa and 24 of which were for FC Edmonton across the league’s inaugural campaign.

Before jumping up to the professional playing level, the Edmonton local was a standout for the University of Alberta where he made 63 appearances between 2013 and 2017, winning the 2016 U SPORTS Men’s Soccer Championship and collecting the President’s Trophy from his alma matter in 2018.

He had also played for the Edmonton Green & Gold in the Alberta Major Soccer League, after spending his younger days with Edmonton Juventus before he first enrolled in the FC Edmonton Academy system.

The 25-year-old will now be tasked with assisting former Atletico Madrid forward Mista as he leads the expansion side into its second-ever season. The Ottawa-based club has released no less than twelve players from its inaugural roster, with a plausible roster leak indicating that Atletico Ottawa may have already undergone a strong-looking rebuild.

While it remains to be seen how Khabra fares as a coach, it’s good to see the Canadian Premier League continuing to give opportunities to retired domestic athletes, too.