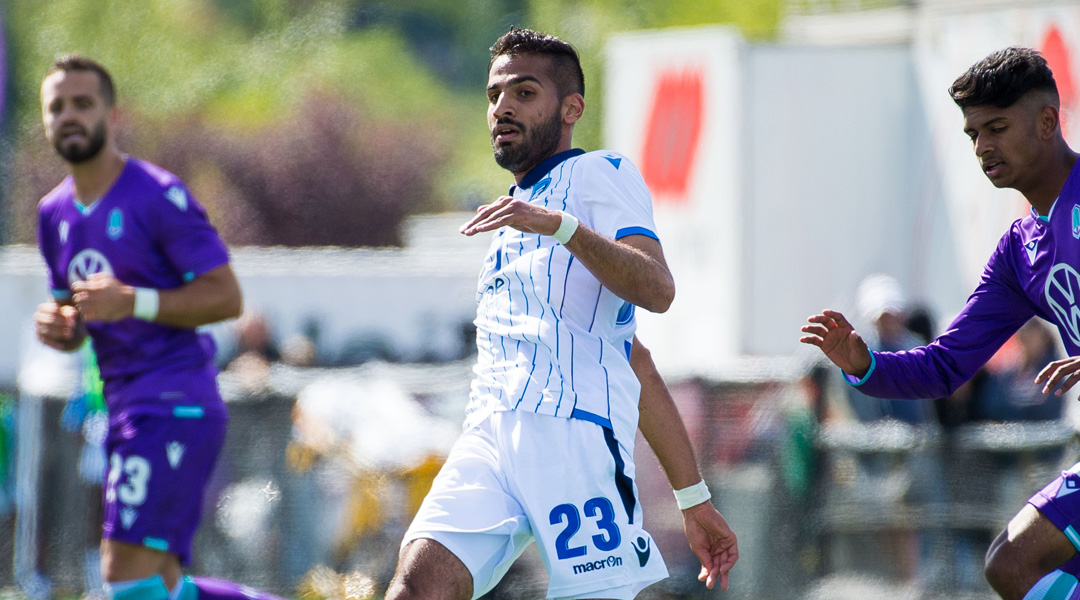 This marks the first time the Edmonton-born midfielder will leave his home city to play the professional game. Like many members of the current FC Edmonton roster, Khabra is a product of the club’s local academy and had also spent time developing at Edmonton Juventus, where he won U-14 National Championship honours in 2014. He spent five years with the University of Alberta Golden Bears, where his lone goal earned him a U SPORTS national title (and Golden Bears MVP honours) in 2016.


Last year, Eddies gaffer Jeff Paulus gave Khabra his first professional contract, with Khabra going on to make 24 appearances for the Alberta-based side, 21 of them as a starter. Clocking in 1,730 minutes in all, Khabra was typically deployed as a centre midfielder, but also himself in an attacking midfielder role on occasion. While he didn’t score any goals or make any assists, he performed well in retaining possession and, overall, had good positional awareness.

Today’s announcement marks his second opportunity to make good as a professional footballer, with the former Eddies man saying that it’s an honour to represent the Canadian Premier League’s newest team:

It is an honour to represent Atletico Ottawa in the league Canadians call their own. I am ecstatic for the opportunity to revitalize soccer in Ottawa under the leadership and guidance of the prestigious Atletico de Madrid family.  We will be fighting for success in our inaugural year and hope to give our fans plenty to cheer for.

Khabra becomes the fourth player to sign for the expansion side, and the third of whom which finds himself having left one CPL side for another. The club first signed former Pacific FC midfielder Ben Fisk, then added local youngster Antoine Coupland before signing U-21 utility man Malyk Hamilton, too.

This means that all four of Atletico Ottawa’s official signings typically play in midfield, though former Orlando City B defender Brandon John is known to have signed for the expansion side – the club simply has yet to make an official announcement.

We are very happy that Ajay will now be playing for Atlético Ottawa. Ajay’s strength, technique, and ability to cover ground make him an exciting addition to our midfield. We can’t wait to witness his impact on our team.

Atletico Ottawa did not disclose the length or financial details of Ajay’s contract.

Fisk on Atletico Ottawa: ‘It’s Going To Be All Eyes On Us’