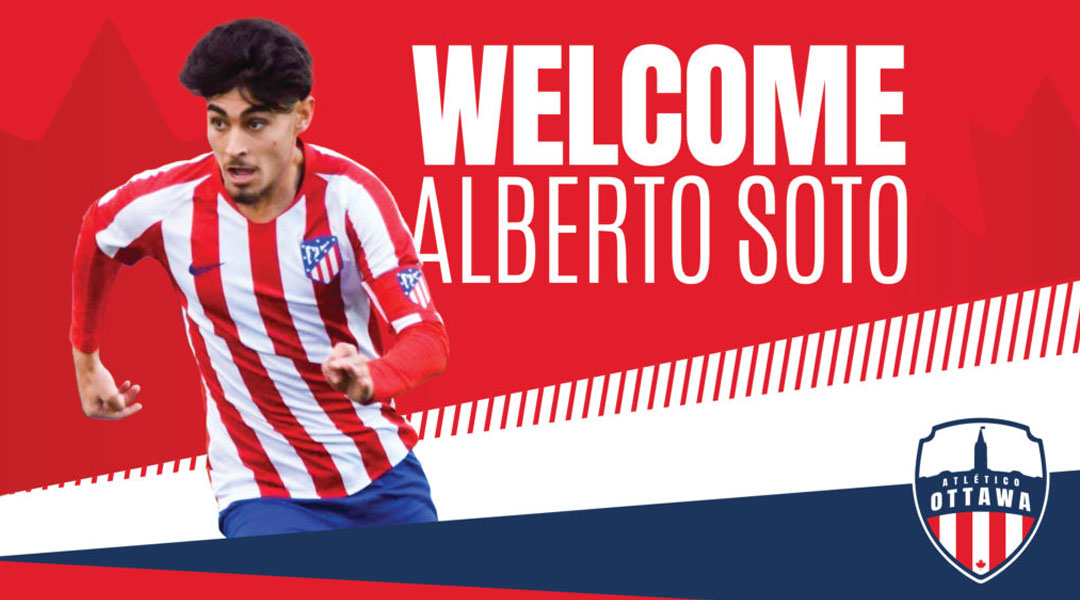 When Atletico Ottawa announced that it had loaned exciting Atletico Madrid Academy prospect Alberto Soto and hailed him as a ‘secret weapon’, fans were understandably excited to see the young man in action.

Unfortunately, the debut of the 20-year-old attacking midfielder has been repeatedly delayed due to ongoing paperwork issues, which has led to some visible frustration from head coach Mista as his team remains unable to spring itself from the bottom half of the league table.

As per CanPL’s Charlie O’Connor-Clarke, however, the club has just revealed that the Spanish attacking midfielder is now cleared to play, with the Royal Spanish Football Federation finally completing its end of the paperwork to allow for his International Transfer Certificate to be approved.

Soto is technically a very strong player. He brings a lot of talent to the team, especially on the attack. To have someone who has been a Spanish youth international is very special for this league and our club. Fans will take notice when he has the ball at his feet.

Mista had kept his fingers crossed that Soto would be available for the last several matches in a row, stating that Atletico Ottawa had completed its end of the deal in short order. As the team went winless in three before besting Cavalry, it was clear that a player like Soto was needed.

The Canadian Premier League side has been lacking a creative attacker to pull some strings, especially after Ryan Telfer departed for the 2021 Gold Cup and Jordan Webb didn’t travel to Winnipeg with the team due to personal reasons.

Soto’s a young talent that can definitely help us, another man – we don’t have too many options on the bench, and everybody needs to stand up and be present. We definitely look forward to having Soto in there, to help bring some creativity, and bring the ball into spaces kind of like Bustos does.

Atletico Ottawa is set to kick off against Pacific FC tomorrow evening, which is the club’s final match within the Winnipeg-based bubble. The team will then play two away matches in a row before getting to enjoy its much-belated inaugural home match at TD Place on August 14.

With the likes of Telfer, Soto, and Webb all hopefully within the mix at that point, the Canadian Premier League expansion side could be en route to collecting more wins as it seeks to reach the postseason stage for the first time in its second-ever campaign.