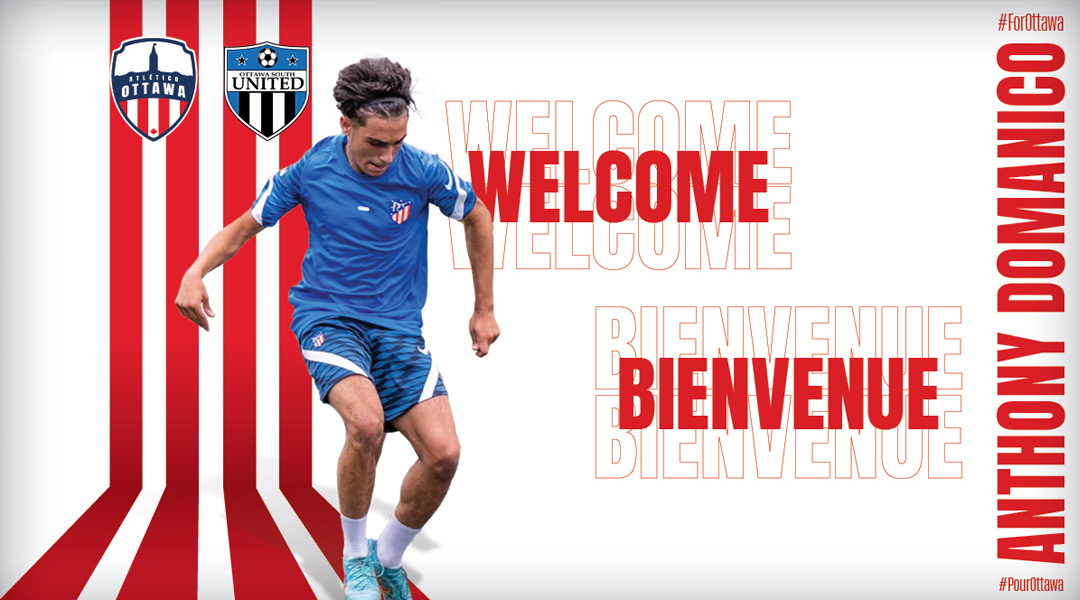 Atletico Ottawa has continued its string of youth reinforcements with the signing of 2004-born youngster Anthony Domanico.

It was just yesterday when the top-of-the-table CPL side announced that it was adding two domestic youth options who had impressed from the club’s Atletico de Madrid Development Program, with Domanico now following suit.

“Anthony has shown great promise in his involvement with the development program, and we’re happy to offer him this opportunity to continue with our team,” said Atletico Ottawa CEO Fernando Lopez.” Even in its first year of operations, the program is already having a tangible impact on the soccer development pathway in the region and we look forward to seeing all it can offer local young talented soccer players in years to come.”

The Canadian Premier League recently made it publicly known that any club which fails to meet this minute count will be excluded from playoffs regardless of their position on the league table.

That means that Atletico Ottawa will need to procure 639 minutes of domestic U-21 gametime in its last six matches to hit the league’s requirement of 2,000 minutes. That’s about 106 minutes needed per game.

With Zakaria Bahous now clocking in minutes regularly, it appears the 21-year-old PLSQ standout will get the bulk of these. The club also has Zachary Roy and WFC2 loanee Owen Antoniuk to call on, though it’s nice to see three local youngsters come in with playing opportunities, too.

Domanico had previously tested himself with a trial with the Whitecaps Academy, and had scored the go-ahead goal in OSU’s 2019 U-15 OPDL Cup win over Hamilton.

His developmental deal permits Atletico Ottawa to field him up to three times, at which point the deal can be renewed one time. The U-18 athlete also retains the ability to train and play with OSU, too.