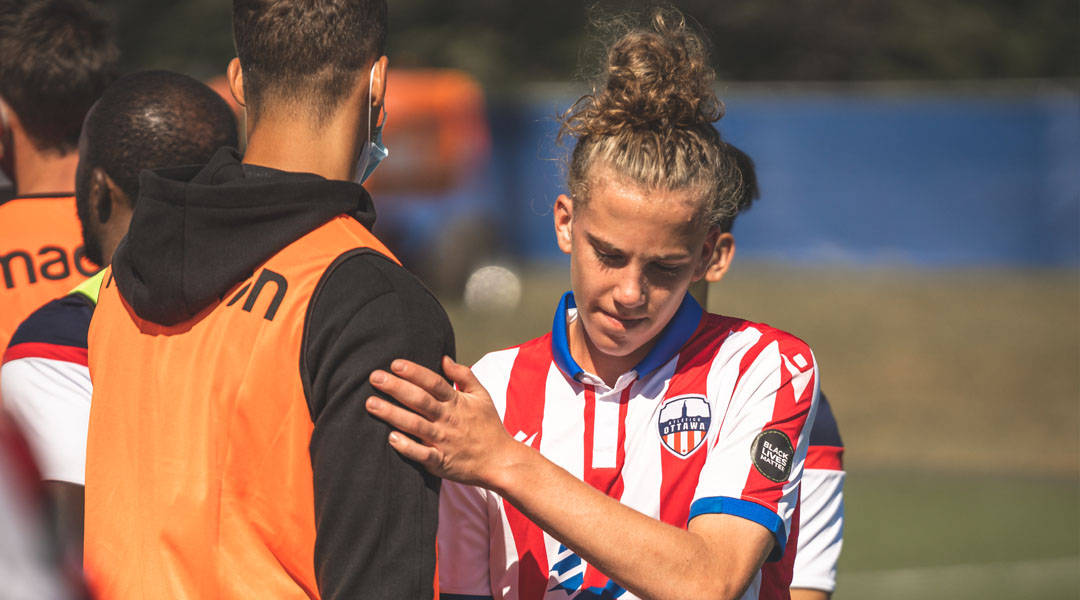 He may have just turned seventeen in December, but 2021 will be Antoine Coupland’s third year as a professional footballer.

Today, Canadian Premier League side Atletico Ottawa announced that it has re-signed the 17-year-old midfielder, with the left-footed youngster having made three appearances for the expansion side in its inaugural campaign last year.

Coupland made his Atletico Ottawa debut as a second half substitute in a 4-0 loss to Valour FC, coming on as 46th minute substitute for Francisco Acuna. His second appearance came against FC Edmonton, with his third seeing him arrive as a late game substitute for Ben Fisk against Forge FC.

Those three appearances saw him split his time between both flanks of the pitch and the middle of the park, showcasing the versatility of the left-footed youngster.

Coupland is a young player with a strong professional mentality. I believe without any doubt that he has a strong future with the club and in the Canadian Premier League. We are privileged to have such a promising young player that calls Ottawa his hometown.

The former Ottawa Fury youngster first signed on with Atletico Ottawa last March after having made three late game substitute appearances for the now-defunct NASL side as their youngest-ever signing.

Coupland developed through the Ottawa-based soccer club St. Anthony as part of the Futuro Soccer Academy program, turning down an offer to trial with with Sheffield United to sign a USL contract with the Ottawa Fury.

We are very excited to have one of most promising young Canadian talents back for the second season of the franchise. Seeing Antoine develop his skills under Atlético’s coaching staff has been special, we can’t wait to have him back and continue to see his improvement. Having a local player at his age and calibre is very important to the project we are building.

Atletico Ottawa began rolling out its 2021 Canadian Premier League roster announcements earlier this month, confirming the return of striker Malcolm Shaw, midfielder Ben McKendry, and defenders Brandon John and Vashon Neufville. With five players now having now re-signed and three players having departed, it’ll be interesting to see how the club’s roster shapes up for its second campaign.

Atletico Ottawa did not release the contract length or financial details of Coupland’s contract.