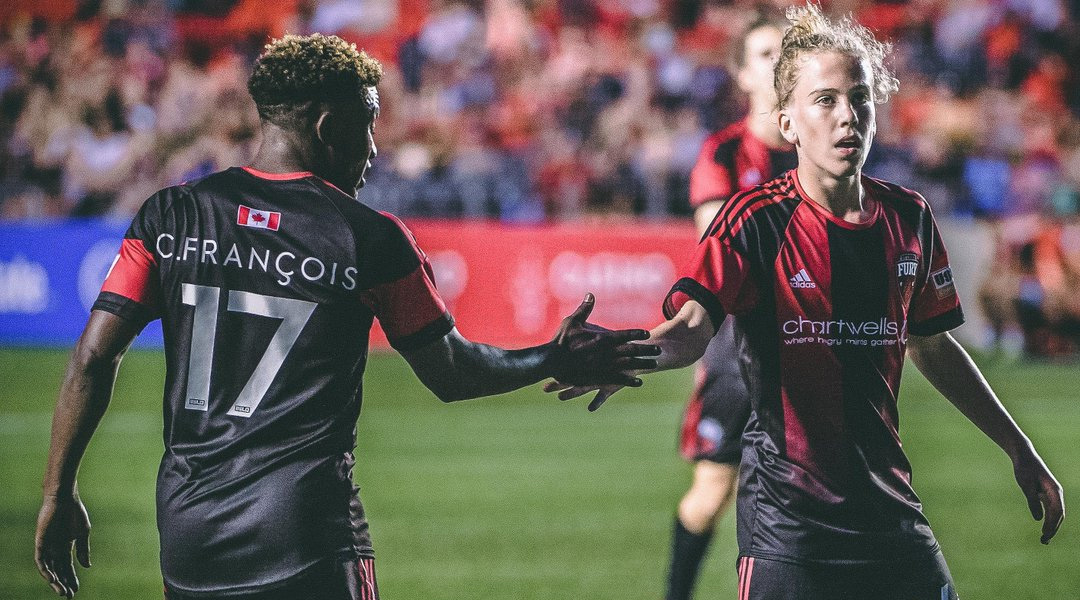 The left-footed youngster made history last year when he signed for the now-defunct Ottawa Fury at just fifteen years of age, becoming the youngest player in Fury history to sign a professional contract shortly following his graduation from the Futuro Soccer Academy.

He went on to make three appearances for the Ottawa Fury, with the caveat that they only totaled seventeen minutes of game time.


The youngster had turned down an offer to trial with Sheffield United in England to sign for the USL side. With today’s signing, Coupland will be able to resume his professional soccer career without departing from the nation’s capital.

Having Antoine join Atletico Ottawa is exciting. He is a young talent with incredible potential. Having made his professional debut at the age of 15 is a testament to his passion and drive for the game and we are looking forward to working with him to develop his talent.

Having been born in Chelsea, Quebec, the five-foot-five midfielder is the first Atletico Ottawa signing who already calls the Ottawa-Gatineau region home.

I am really excited to be able to continue my professional soccer career with Atletico Ottawa. Being part of the Canadian Premier League and getting the opportunity to play in Ottawa in front of fans, my friends and family from the Ottawa-Gatineau region is exciting.  I am looking forward to getting the opportunity to grow and develop under Coach Mista and am proud to be part of such an established organization like Atletico.

With the aforementioned head coach Mista only being announced by the club less than a month ago, it’s early days for the Canadian Premier League expansion side. Yesterday, the club revealed its first-ever player signing in former Pacific FC midfielder Ben Fisk.

The club is due to begin preseason next in Madrid next week, with Atletico Ottawa set to play its first-ever Canadian Premier league match on April 18 against regning champions Forge FC. Whatever minutes Coupland can collect, he’ll be counting towards the league-mandated 1,000 minutes of Domestic U-21 action for the next several years if he remains in the Canadian Premier League.

According to Atletico Ottawa President Jeff Hunt, the club will be revealing players individually to ensure each signing gets a time in the spotlight as the season approaches. Sources have indicated that Brandon John, who was on trial with Valour FC, may actually be bound for Atletico Ottawa in the near future.

The financial terms of Coupland’s contract were not disclosed by the club.